by James A. Gauthier 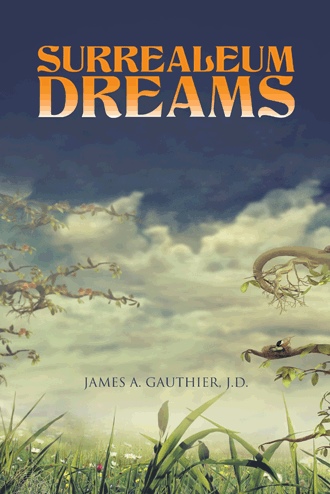 SURREALEUM DREAMS is a dreamscape of adventure between the world of being awake and asleep. The two become undistinguishable as Arianne reaches maturity and learns that she will be the Keeper of Surrealeum Dreams and coexist with Michael, her consort. The book is fascinating and explores the interaction of peace and comfort, complacency and disregard, and anger and fear, each being represented by Arianne’s surrealbud children. The book is fun and a joy to read for children and adults alike.

James A. Gauthier has published several books including Emily and a trilogy called Inside Out: New Beginnings, Inside Out: Rise of the Monarchy, and Inside Out: Final Conflict. His books leave the reader asking questions when the book is finished. Surrrealeum Dreams is a fun fantasy that the author reads when he needs to take a time out from writing.