What Would Darwin Think Now About DNA, the Big Bang, and Finite Time? 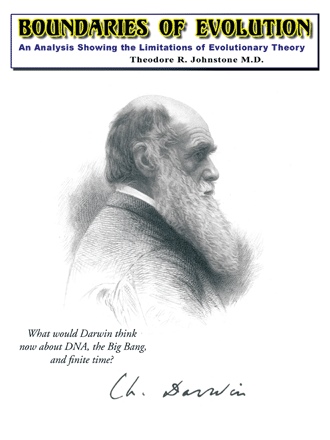 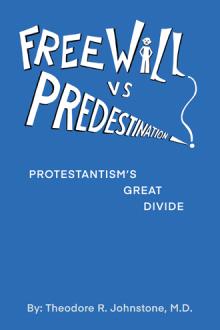 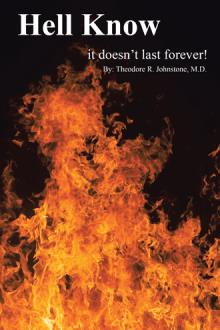 Boundaries of Evolution describes the unlikelihood of evolutionary theory to explain how it is supposed to scale three major biological cliffs. The first cliff is the need for a logical explanation of how random chemical reactions could produce the first living cell from the primordial soup. The second is the problem of explaining how the first single-celled eukaryote evolved from a prokaryote. Mathematical improbabilities of evolutionary theory to scale the first two cliffs, in the time available, are demonstrated. The third insurmountable cliff is the necessity for a reasonable explanation of how millions of different kinds of multi-celled eukaryotes could have quickly evolved from single-celled eukaryotes.

Random mutations occurring in DNA, accepted or rejected by natural selection, are hailed as the source of advancement for the increase in biotic complexity. The most common time for mutations to occur in the DNA is during replication. Therefore, evolutionary advancement should occur faster in biota with the most frequent replication cycles. If both evolutionary theory and the fossil record are correct, prokaryotes, which replicate in as little as 20 minutes took 2 billion years to evolve the first single-celled eukaryote. Single-celled eukaryotes, generally having shorter reproductive times than multi-celled eukaryotes, took another billion years to evolve the first multi-celled eukaryote. Then during Cambrian times, the multi-celled eukaryotes with the longest reproductive cycles literally exploded in diversity in a comparatively short time. How could this be? Other inadequacies of Darwin's theory are presented for everyone to see.

A Brief Life Sketch Born in 1930s, Ted Johnstone, son of a country doctor, grew up on a farm near the small town of Hanford California. Ted was the third of four children, the eldest of whom was Dorothy, who had graduated from medical school and finished her internship just before their father’s untimely death at age 56 in 1949. She took over the medical practice and Ted, at 17, took over the family farm, running the dairy, growing cotton, and attending school all at the same time. Six years later in 1955, he graduated from college with a B.A. degree with a major in chemistry and a minor in physics. Graduation from medical school occurred four years later in 1959, followed by a rotating internship. From there he joined his sister, Dorothy Johnstone Smith, M.D., in practice back in Hanford. Dorothy died unexpectedly in 1965. Ted and his wife Kitsy, then decided for him to accept a position as a medical doctor overseas and she as a nurse. They served together in two countries, Nigeria and Ghana, for 18 months. Then Ted, Kitsy, and their four daughters returned to the U.S. and in 1968 settled in Madera California, where Ted went into private practice. Kitsy, after more training as a family nurse practitioner, later joined him in a practice limited to pediatrics. Ted is now retired from medical practice, formally having been a member of the Fresno-Madera medical Society and on the Medical Staff of the Madera Community Hospital. All four daughters have college degrees and between them have four masters degrees, one RN, and one PhD.. They also have presented their parents with four grandchildren.