Bones of the Emperor

A Theology of Humanity in the Universe 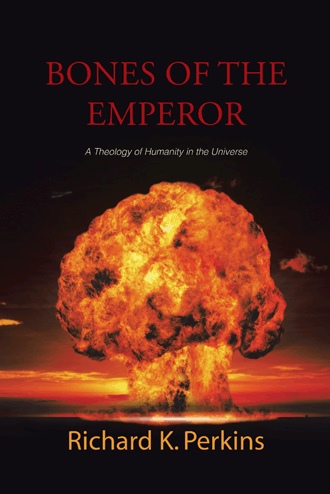 At that precise moment Doug Andrews had his hands full. His losses were up to twelve ships with as many more seriously damaged. The heavies were holding up fairly well except for direct fatal hits from the GXL’s, but several of their losses had been light cruisers and destroyers, as well as one of the big carriers Praetauxus had brought with him. The carrier had died just as spectacularly as those at Hell’s Gate seven days earlier. Now Andrew’s newly formed task force was not only under assault by monstrous weapons from the deepest depths of a twisted physicist’s imagination, but they also had over sixteen thousand robotic weapons inbound. Doing the math in his head, Andrews weighed the inbounds against the approximately two thousand point defense weapons spread across the task force. He did not care for the odds at all. Duty stations formed a large circle around HMS Shinano’s bridge holo display, forming the open ends of a horseshoe as they closed to meet the command station. Andrews could see several technicians and ratings inching back in their seats as the incoming weapons closed the range. Just as he felt the need to speak up Commander Yoshimoto beat him to the punch. “Okay people, listen up. Let’s all stay calm and do our jobs like the professionals we are. There are a lot of those things out there, but they are all contact or proximity weapons. Sensors do not indicate any BPL’s or single pack GXL’s. Bottom line is we have time to be precise and take them out. Also, they are apparently following predetermined flight paths to avoid running into the fire zones of their GXL’s. That’s good for us, bad for them. We’re holding range so every shot counts when the time comes. So let’s settle down, because this is what they pay us for. Firing sequences commence in twenty seconds. Confirm CIC slaving and PD unilink and say weapons status.” “CIC slaving confirmed.” “PD unilink confirmed.” “Weapons status one hundred percent and tracking.” Andrews noted the voices were steadier, almost calm. Yoshimoto was good at her job. “Ten seconds. Confirm weapons free authority?” Yoshimoto directed the question to her new Admiral. “Weapons free confirmed.” Andrews hoped his response sounded assured and authoritative. “Weapons free confirmed,” Yoshimoto repeated, “Implementing auto sequence, activating auto loss compensation and auto re-targeting.” As HMS Shinano’s computer took over the targeting and firing sequence Andrews imagined the exterior of his ships as weapons platforms tracked and turned with inbound targets. Shinano’s computer assumed control and counted down. “Three, two, one. Firing sequence initiated.” The holo display went brilliant white with thousands of energy blossoms imitating small stars exploding. 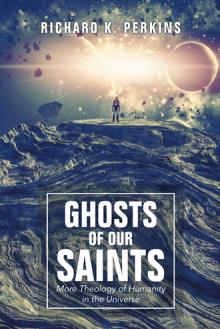 Humanity, obsessed with materialism and devoid of spirituality, is in trouble. Culturally stagnant, despite its technological achievements humankind has advanced little intellectually and morally. Having accidentally developed the means to travel faster than light, humans blunder out into the galaxy under the arrogant assumption they are masters of all they survey. In doing so they encounter an adversary who seeks to block their way, resulting in a war of attrition lasting over a century. After finally negotiating an uneasy peace with an adversary whom they have never actually seen face-to-face, humanity seeks to literally go around and continue expansion into the heart of the galaxy. In doing so, humans cross paths with an even more aggressive enemy expanding in the opposite direction, an enemy which regards humanity as nothing more than vermin to be swept aside and eradicated. Second Lieutenant Zhou Wen and Task Force RF-19.2 discovers, much to their horror, that this new enemy is on a direct path to Earth.

Richard K. Perkins is a registered architect living and practicing in Virginia. A lifelong devotee of literature in general and a fan of science fiction in particular, he counts as his earliest formative influences in the genre the works of Andre Norton, Arthur C. Clarke, Isaac Asimov and Robert Heinlein. Admiring the ability and determination of authors to write, at the age of twelve he felt compelled to set pen to paper for his first science fiction short stories. His personal philosophy is rooted in the tenet that much of what humanity holds dear in the way of beliefs, dogma and motifs are based in long lost, forgotten or misinterpreted fact, and that because of this it is entirely possible for religion and science to not only co-exist together but to thrive, confirm and stimulate each other. His science fiction writings are expressions of hope, fear, belief and faith.