The Haunting of Hotel Chalpella 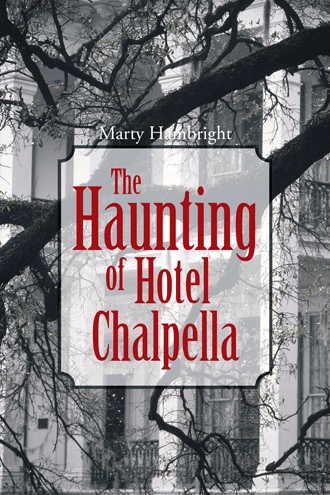 Somehow though, they knew they had.  They knew it, just as sure as they knew they were standing across the yard in front of the old hotel, out of breath and trembling.  They were looking back at the hotel, trying to watch every window, to see if a face appeared at any of them.  Another thing they knew for sure, without a doubt, the ghost of Danny Calder was inside the Hotel Chalpella.

When she finally got her breath, Stacey said.  "Well I guess you believe me now."

"Stoneyyyyy!  You have to believe that was Danny Calder we saw in there."

"Stace, I ain't sure what I believe any more."

"You did see a Union soldier, standing at the top of the stairs, didn't you?"

"So that means it is the ghost of Danny Calder, just like Mr. Menard's great-grandma said."

"If I agree to that, then it means I have to believe in ghosts.  Stacey, there just ain't no such things as ghosts."

"Ok.  Then you explain to me what we saw in there if it wasn't a ghost."

Stoney kind of mumbled when he said, "I can't explain it."

"Well, are we going back in there?"

"What about all the stuff we found in the attic?  Ain't you curious about what is in all them trunks and boxes?"

Stoney thought about those big trunks with the lids buckled shut.  All those boxes stacked on the floor.  Yeah.  He was curious. He knew there had to be some great stuff in them.  He just wasn't sure if it was worth facing a ghost for.  Well, that did it.  Now he was calling it a ghost.  He guessed he would just have to admit to himself as well as Stacey, that was what they had seen.  Ghosts.  Who'd a thought that?

"Ok, Stacey.  Let's say that is the ghost of Danny Calder in there.  Maybe he don't like us prowling around in his dwelling place.  Maybe that is why he let us see him and nobody else.  Maybe we are the first ones to go poking around up there in the attic.  You saw how rusty those hinges were.  It has been years since anyone has been up there.  Except ghosts any way.  Maybe we should just forget about what's in those boxes and stay out of that attic."

"Stoney, don't you think if he wanted to hurt us, he would have done it today?"

"Maybe scaring us was all he wanted to do today.  Maybe he thinks that's all it will take to keep us out."

"So we are just going to stay out?"

"Yeah, for a while anyway.  Let's just wait a few days and see what happens.  You wanted to clean up that rose garden anyway.  Didn't you?"

"Yes, I do.  I would still like to know what is in those trunks though."

"Besides, we need new flashlight batteries before we go can back in the attic."

"I know.  We also forgot, today is Friday.  Dad will be home for the next couple of days.  We wouldn't be able to go back in until Monday anyway."

"That's right.  So we can just have dad pick us up some batteries at the store next week.  Then we can decide what we want to do."

The weekend went by fast.  They took their dad to show him the rose garden.  Went fishing with him again.  Since their dad looked tired and needed to rest, they spent the rest of the time just lazing around. 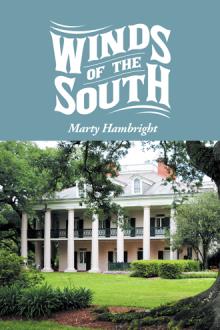 Winds of the South
Marty Hambright
$20.99

Young Danny Calder joins the Union army to escape his dreary farm life and the fire and brimstone sermons of his farmer/preacher dad.

After two years of marching and fighting Confederate soldiers, Danny is discouraged and homesick and hopes to be heading home soon. But instead of going north, he is being led further south and further into enemy territory.

While marching and fighting ever southward, they reach a small town in south Mississippi. Here Danny does something that goes against everything he has been taught. Something that burdens him with guilt. Guilt that plagues him until his death and beyond.

Mortally wounded in a battle at the small town of Revoux, Louisiana, Danny is carried to an old hotel which is being used as a hospital.

Unable to leave this earthly dwelling because of his guilt, Danny is destined to haunt the halls of Hotel Chalpella, until he can correct the crime he has committed.

One hundred years later, a man with twin children moves to the grounds of the old hotel as a caretaker. Danny watches the twins and sees goodness in the children that might aid him in his salvation.

Marty Hambright is retired and lives with his wife, Betty, in Atkins, Arkansas. He enjoys reading, fishing, traveling and spending time with his family. He has two grown children, five grandchildren and one great-grandson. Marty has always loved making up and telling stories, especially to his grandchildren. Marty lived several years in Louisiana, which is the setting for this book.