Solstice of the Heart 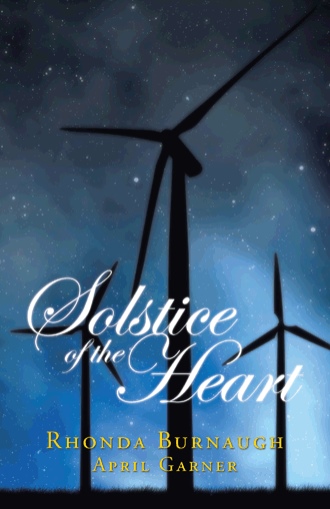 Since she was now living close to Dallas, Sera wanted to visit some landmarks. DJ took her around the city and would show her famous places, like where President Kennedy was assassinated. But what Sera really wanted to see was the boarding school where DJ and Michael studied. She also wanted to visit the boy’s ranch where Marilee had rescued Michael. It seemed to be an important part of their history and something she knew very little about. Not only did DJ accommodate her wishes, he also had lots of stories from those days and could entertain her for hours. Most of his stories were funny scenarios where they were being typical rambunctious boys. Other stories were touching and made her sad that she had missed this part of Michael’s life. DJ seemed to enjoy reliving the stories just as much as she loved hearing them. “I recall the first time I met Michael. He was about 15 years old. My parents brought him home and I instantly hated him. I equated it to bringing home a stray cat. If you fed and named it, it would never leave. So, I refused to call him by his name. Mom introduced us and all I saw was some long-haired punk from California. Actually, Mom was brilliant. She put us together and made us clean the pool every morning. In the afternoon she forced us to study together.” “So Mike, where did you live in California?”DJ prodded him. “My name is Michael, not Mike.” “Does it matter?”DJ smirked at him. “Well, it matters to me, Danny.” DJ winced. Score #1 for the opposing team. “This is my home. I grew up here.” Michael smiled slightly. “Now it’s my home, too. Start skimming the pool.” “You haven’t even been here a week and you’re giving me orders?” “I’ve been here a week and you can’t even remember my name. I think you’re a moron.” “Oh yeah?” DJ threw down the skimmer net. “What makes you so smart?” “I’m not having this frivolous debate with you.” “What?” DJ frowned. “Did I use a big word and confuse you, DJ?” Michael glared at him. “I suggest you learn how to clean the pool. In the future, you may require a job that has a shirt with your name on it. At least that way you will always know who you are.” DJ was laughing so hard tears were rolling down his face. “It didn’t end there, Sera.” Sera was laughing, too. “I can envision every bit of that conversation. How did it end, DJ?” “I took a swing at him and he shoved me into the pool. Before I fell in, I grabbed him and we both ended up in the water. That’s when I found out our little Californian didn’t know how to swim and I had to save his ass.” DJ sighed. “I think my mother watched the whole thing from the house. You want to know the best part?” “Sure.” Sera was still laughing. “I’m the one who taught him how to swim.” DJ wiped tears off his face. “I knew he was terrified of the water, but a few days later he came to me and asked me to show him how to swim. In two days, I went from wanting to drown him to being his teacher. After that, I always called him Michael.” **** Genesee was a small community nestled snuggly in the arms of the Sierra Nevada Mountains of Northern California, three hours northeast of Sacramento. An ad posted in the newspaper advertised for help on a small farm outside of town. The owner needed help caring for cattle and horses, as he was too old to manage everything by himself. The last guy had simply walked away and never came back. It was hard work and over the years a lot of helpers had come and gone with the changing of the seasons. Justice Barnaby was now pushing eighty years old and had lived his entire life in Genesee. For years, he had tended livestock and cared for his land, which encompassed about 300 acres. It was part of his heritage, as his family had settled there when he was an infant. He knew he would die there and felt fulfilled. It had been a simple, but good life. He had never married and had no regrets. Farming was his life. The man answering the ad was soft spoken and had experience, not only with livestock, but in caring for the elderly. He explained that he had spent the last few years caring for his ill mother, until her death from cancer. Justice needed help and hired him on spot. A handshake sealed the deal. He was grateful for the help and the hired man was happy to have a job and a place to live. Everything was A-Okay in Genesee.

The first novel, Catch a Falling Star, is an emotional journey about being willing to trust, the risk of loving again, and the pain of letting go. Michael, Sera, Anni, Joe, and DJ become a united family as they deal with events that forever alter their lives, including the loss of one of their family members. Blood Moon on the Rise continues their journey as they struggle to move forward and mend emotional wounds from the past. Their lives become complicated by the arrival of a stranger that leads them to discover deeply buried secrets that threaten to alter the course of all their lives forever. The final novel in the trilogy is Solstice of the Heart and picks up where Blood Moon ends. Solstice means a change of seasons, and more changes are about to take place for DJ, Joe, Anni, and Sera. While they try to understand all that has transpired, it becomes evident that no one is safe and the consequences have never been higher. Can they make it through this crisis, or will their family be torn apart forever? Will the past continue to haunt them into the future? What will it take to survive? Solstice of the Heart is a delightful story that gently mixes a good dose of fear and mystery, a sprinkling of humor, and a dash of spiritualism, creating a masterful recipe for a psychological thriller with a side order of romance. Well-crafted and easy to read, Ms. Burnaugh moves the plot along and keeps you engaged with her characters to the end. Once you have read the entire trilogy, you will never forget these characters, as they will have become part of your family.

Rhonda Burnaugh is a behavioral health professional and utilizes her background in psychology to create fictional stories and characters. Her first novel, Catch a Falling Star was published in 2014, followed by the sequel, Blood Moon on the Rise. Her third book will complete the trilogy with Solstice of the Heart. Her daughter, April Garner was instrumental in assisting with the third book, offering suggestions and ideas throughout the writing process. In her spare time, April is a freelance photographer and artist.