Pathways to the Biblical Truth

A Journey Through Religion to Find Oneself 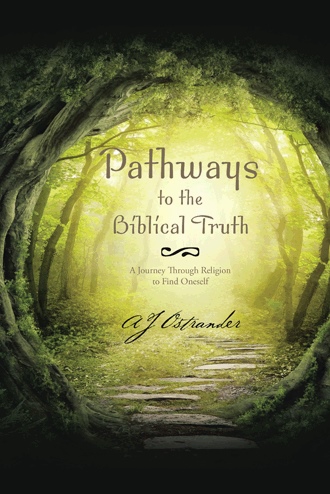 There are few sermons I remember any better than the one titled “The Law.” I delivered it one cool October Sunday morning in 2010, to a packed sanctuary. I was more nervous than any previous sermon, even the eulogies, nuptials, and even baby baptisms, as the fear of dropping a baby weighs heavily on one’s mind. I worked my way through the sermon, nearing the end, where I was to deliver my most potent points, when I heard the familiar voice from the crowd, Sal. Somehow I knew Sal would be the one. Sal was recovering from just about every addiction, but never tackled the know-it-all problem he had. It was the first time I was heckled. Sal began talking over me, uttering the all-familiar Apostle Paul, getting louder and louder. Frankly, I have never seen a Pastor interrupted before, and was now experiencing it first-hand. To my surprise, Don cut in from behind me and stated that I was technically correct in what I was stating. I didn’t know to which person’s statements I should faint to. Sal and I had been chit-chat buddies for some time and agreed on many aspects of theology, but differed on some as well. We never once let a difference of opinion become a point of contention, but now there was. I managed to regain the pulpit and complete my sermon, but to the blank stares and confusion of the audience. The call I made repeatedly was that “I believe there is something here that we should investigate further, together.” The normal handshaking line was surprisingly thin this particular morning, and I noticed a few departing, rather quickly, out the back door to avoid any contact with me.

An account of the desire for the rock-bottom absolute truth that led through many fields, mountains, and valleys. With the unquenchable thirst for error-free biblical accounts, a path was discovered. Sometimes this path led through revelations that seemed right, at the time, but always led to paths never imagined.

In this book, the reader will witness how AJ and his family journeyed through the following: Christianity Atheism Born-again Christianity Messianic Judaism Hebrew roots Nazarene Judaism Finally, reality Each dramatic step, each oddity, and even the colorful characters met along the way are described in every way! AJ Ostrander was an energetic and passionate evangelical preacher in the church for ten years. It was his drive toward the details that opened doors that he never thought possible. These doors led to a path that was considered damnable by some, but instead of death, freedom was found. www.AJOstrander.com