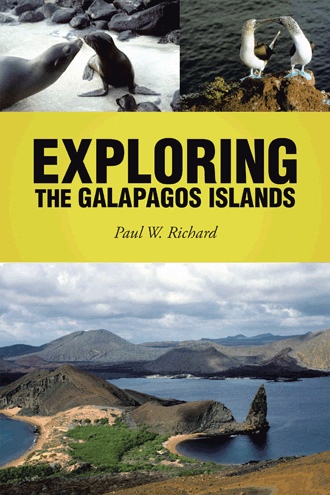 Fernando looked below where a large reddish monkey had fallen from the upper canopy to the forest floor. Its lifeless body lay still and peaceful in a small opening far below. Scattered about it were ferns, rotting logs, mosses, and some short broad-leafed plants. All the clutter among the decaying leaves on the dim floor was inhabited by insects and creatures designed to consume anything that fell from the trees. There in the dim light, the richness of plant and animal tissue was reduced to its basic elements and returned to the soil by scavengers, fungi, and bacteria. Fernando wondered how deep the dropped litter of bodies and leaves would be on the forest floor if nothing was down there eating it and breaking it down into soil all the time. Having done enough thinking and learning for one day, Fernando pushed his beak under his tiny wing, locked his feet firmly about the tiny vine and fell soundly asleep. All about him the night creatures of the jungle were searching for prey and uttering their eerie sounds. With the first sign of the sun's silver rays penetrating the spaces between the trees, Fernando awoke. In the darkness of the forest floor, he could see the dead monkey's faint form. It seemed to be moving somehow. He alerted his parents, and the three strained to observe. As it slowly became lighter, they could see a narrow moving stream covering the body and radiating across the jungle floor. It reflected light upward. Fernando's father with great disgust identified it: army ants. The living stream's end covered the monkey and ran many yards away into the underbrush. They glistened in the dim light and seemed to be trembling in movement. Fernando wanted a closer look. Maria informed him in no uncertain terms that finches never visited the forest floor. They only fell there upon death. With all the regular danger of the forest floor plus the colony of army ants, he was forbidden to fly down. That evening when Fernando returned, it appeared that the monkey was gone. With his parents not in sight, Fernando slyly glided down for a look. Upon closer inspection, Fernando found a great living mass of army ants. Their interlocking bodies were tangled in a solid shimmering mat. There were so many he couldn't even count them. Many of them had huge jaws and seemed to control the others. It was a terrifyingly dangerous heap that covered the dead monkey. In fact, he couldn't see the monkey except for its feet. Then he noticed a small stream of ants about a foot wide starting to flow outward from one side of the mass. It was led by the big-jawed types and raced along the ground. It moved ten or fifteen feet into the brush with the ants collecting all kinds of living things, killing them, and transporting them back along the stream to the huge heap of ants piled on the dead monkey. Then he saw another stream of ants start flowing in his direction. He flew quickly upward and escaped to the high canopy where he belonged. Come morning, after his parents had again departed, Fernando flew back down. Not an army ant was in sight. They must have gone off in the night, feeding as they went. Where the monkey had been he saw bones including the rounded skull and the long leg and arm bones. He had never before seen a skeleton. It was interesting how the missing body had once filled out over the skeleton to form the monkey. Fernando wondered about his own bones for a bit. Did he have a skeleton? He thought that he had to have one. But he didn't wonder about the army ants. He knew they were to be avoided at all costs. He hated them. Sleeping on the ground was something he'd never do. Now he had a dreaded fear of a stream of those big-jawed ants creeping up on him at night. He wondered how humans could be worse than the army ants. He quickly flew off to the river convinced that finches should avoid the forest floor. His parents had always given him sound advice and he appreciated it now more than ever. Fernando was sorry he'd disobeyed his parents. But he was off for his first night away, planning to sleep along the river that night. It was a glorious day. He fed on seeds, watched the wide river, and enjoyed being with Pablo whom he introduced to Jose. Near evening he and Jose settled down on the sharp tree-lined point jutting out into the river. They perched on a dead tree for the night. But Pablo had decided to sleep back from the point in a special place he liked better. Fernando had asked all kinds of questions of Pablo and Jose. They had few answers, but seemed impressed that he wanted to know about things they had always taken for granted. His sparrow and woodpecker friends were less sure about birds and other animals than his parents had been, and Fernando felt more comfortable talking with them. Jose and Fernando watched the sunset with its wide band of orange slowly disappearing over the river. Tomorrow all three were going to fly down the river to the ocean. Fernando was anxious to see it. He wondered how the ocean might differ from the slow moving quiet river. What the night held would change the little finche's life forever. 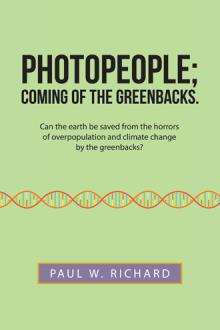 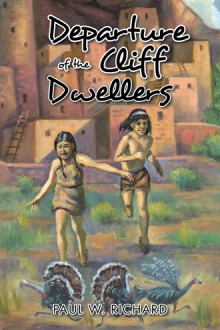 Fernando, a young South American finch, becomes cast out to sea and is all alone on floating debris. After a horrid storm-tossed six-hundred-mile trip, he is eventually stranded on a Galapagos island and ends up adventuring, learning, and exploring other islands and new ideas with a sidekick finch, Hector. Along with seeing and meeting many wondrous wild creatures on the enchanted islands, Fernando experiences earthquakes and volcanic eruptions and watches nature at work, which keeps his keen mind filled with questions and flowing ideas. After seeing six strikingly different islands, can Fernando really understand the true nature of them and the humans he travels with? Can he and Hector, his sturdy sidekick, survive the many perils and ever find a way back to their homes? Can he learn why little finches do most bird tasks on all the different islands? Can he understand why giant tortoises and huge iguanas on the Galapagos Islands are so different from those in his South American mainland? He struggles to answer all these puzzling questions as he travels and trusts his luck. It’s an exciting trip with feathered adventurers investigating many secrets of nature on unique enchanted islands with weird new animal life far out in the Pacific Ocean. Amazingly, Fernando discovers answers to many of his questions. But how does he get this new knowledge, insight, and himself back home to South America? Yet this feathered adventurer does just that.

Paul W. Richard grew up wild and free at 8,100 feet elevation on the Two-Bar Ranch on the northwest edge of Walden, Colorado. His love of the ranch’s rivers in the mountains and the outdoor life led him to eventually become a professor of biological science at the University of Northern Colorado in Greeley, Colorado. He has happily taught junior high, high school, university, and adult students for thirty-two years. Even after studying nature in the Arctic and Antarctic on science expeditions and studying the Galapagos Islands, his heart and interests remain in educating others. As a professor emeritus of biological science from UNC, he lives and continues writing in Greeley, Colorado. In the last five years, he published Colorado’s North Park—History, Wildlife, and Ranching (Walden Press), Growing Up Wild (Trafford), and Smokey, a Dog of My Own, (Walden Press). Exploring the Galapagos Islands (38,685 words) is his fourth book. A serious writer of YA, middle grades, and adult books, Paul Richard has also done work on academic textbook projects with Addison Wesley and Random House in the past.