by The Writer in Me 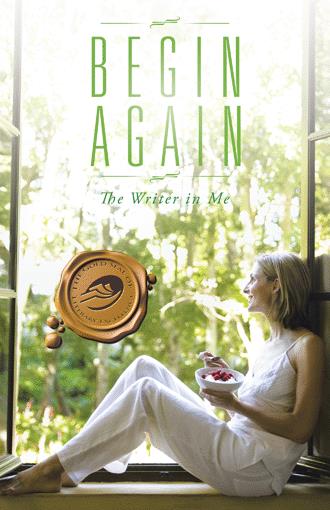 I went on like this for a few years, I suppose. Work, errands, church on Sundays, never outwardly expressing out loud the loneliness, I was feeling – just kept busy and pretending everything was fine. Retirement thoughts started approaching – what to do now? Plans had been abruptly changed. But then, so had the workplace in recent years, making me finally realize it was time! I started thinking about what might be next. I think back upon those last few years in the government, where I was truly privileged to have been allowed to have such latitude in making decisions on behalf of others and meeting the people from around the world that I did - a very fulfilling time in my career. I accepted a part-time secretarial position for a local non-profit group, after retirement, but still found myself with a lot of time on my hands, feeling an emptiness – like I was standing on the shore, watching the ships sail by – where was my ship? (I didn’t know at the time what an impact this thought would have on my future.) In the summer of that year, I started thinking about what to do to find some solace. I wasn’t long deciding – East Coast it would be! We had lived in the East before so I knew the weather, some of the sights and certainly was in love with the music, culture and genuine good-heartedness of the people – a place I knew I would be able to call home. I met with an acquaintance and shared my thoughts on what was next. I should have realized at the time by his reaction, how others would also eventually react to my decision. I told my family and friends, only that I was on an adventure, some appeared distressed later, when I told them of my plans to make this a permanent move. I now realize that for some, change is a very scary thing. They just wanted me to stay the way I was, (unfortunately, not really thinking of what I, as a person needed). Those who knew me well, gently accepted the fact I was trying to move forward and supported me wholeheartedly. I have been asked many times what my children think of what I did. One of my daughters actually put it rather nicely – “Mom, if you’re happy, we’re happy”! I think my children didn’t find it all that strange that I was flexible enough to know I had to try something new, after all they had grown up all their young lives as part of a military family, making the trek across this country, back and forth, back and forth. I remember telling someone once that our son, the youngest had lived in 14 homes by the time he was 12. If that doesn’t teach you to be flexible and provide life experiences (good and bad), I don’t know what will. I always am filled with gratitude of our life with the military, which afforded us and our children the opportunity to see this vast country, and each eventually land in the part near and dear to our hearts, be it either due to work, or relationships, or just the pure love of the place. There is no counting the number of great friends we have all made in our journey as a young military family to where we all are today, a blessing indeed. 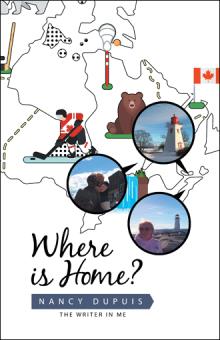 But how she wished that "people would stop telling me what to do… I couldn’t be them and they could not fix me."

Dupuis inherited from her mother a gift for writing. At the end of this short memoir, she indicates there will be no more books, unless she tries fiction. With her soft yet passionate voice, Dupuis could become a storyteller of note. We look forward to seeing the author’s name on the cover of a second book.

—The U.S. Review of Books

It is the hope of the author that those reading this book will find solace in the fact that one can move on, after enduring tragedy. It takes time, but continue to put one foot in front of the other, be daring, try new things, explore and experiment. Try new things you may never have even thought imagineable in your life prior. You will start to go to bed each night, looking forward to what the next day brings and a reminder that you are still here on this earth and very much alive and ready to contribute. You are the only one who can choose your next steps. Little did I know I would ever be put in the moment of having to do just that, but once challenged, the opportunities are endless. It is up to you!

Nancy Dupuis (The Writer in Me) is a young widow of approximately nine years still striving to find her inner self after all that has happened in the last ten years. A wife, a mother, a daughter, a sister, a friend—all these things, but also a much needed revelation that she needed to find herself after this unexpected tragedy. The author has indicated there will be no more books, but she does love to write and is thinking these days that perhaps there may be more, perhaps fiction this time. Life experiences continue and some are heartwarming and deserve to be share in one format or another.