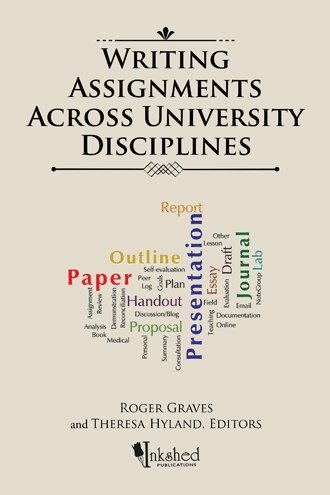 Writing Assignments Across the University Curriculum as a whole asks and answers these questions: What kinds of documents do students write in a wide range of university degree programs in Canada? How do instructors structure those writing assignments? That is, who is the audience for the assignments? Do students get formative feedback as they develop their documents? Do the patterns we found in a small liberal arts college (Graves, Hyland, and Samuels 2010) occur in other kinds of universities? We took our cue from an article by Anson and Dannels (2009) who pointed us toward the idea that students experience a curriculum through their degree progress in an academic program. Consequently, we needed to map the writing assignments according to how different departments organized these degree programs. Results that were organized by curricular unit (departments, faculties or colleges, or programs/units) were more significant than general statistics because students would progress through these courses to a degree. Several chapters in the book describe how this kind of curricular mapping provided a spark for curricular reform in Engineering, Education, and an entire small university. The last two chapters report on the instructors’ perspective on their assignments: what they were intending to do, and why they both resisted and engaged in curricular discussions.

Roger Graves is Director of the Writing Across the Curriculum program at the University of Alberta. His research about the teaching of writing at Canadian universities since 1990 has resulted in two books: Writing Instruction in Canadian Universities (1994), and Writing Centres, Writing Seminars, Writing Culture: Writing Instruction in Anglo-Canadian Universities (co-edited with Heather Graves, 2006). His current research interests include writing assignments across disciplinary fields and group writing tutorials to support student writers in disciplines throughout post-secondary education. Theresa Hyland was Director of Writing and Cross-cultural Services at Huron University College where she taught writing to ELL and EL1 students and directed the Writing Skills Centre. She served as Chair of the Canadian Writing Centre Association and on the research committee of TESL Ontario. Her research interests include writing services evaluation, writing proficiency assessment, referencing practices in second language writing and best practices in teaching writing across the curriculum.