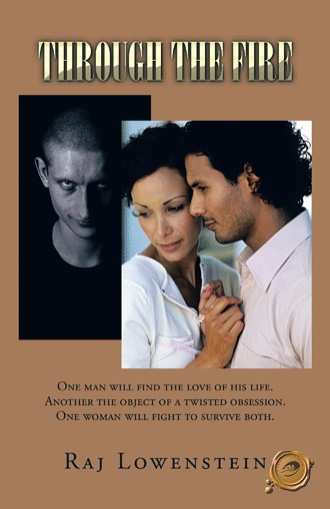 The sounds of something breaking and water running shot Dan out of bed. He reached for and hurriedly unlocked the lock box with his gun on the floor next to the bed. He also, as an afterthought, quietly pulled a pair of boxers out of the dresser, stopping in the center of the bedroom, hurriedly pulled on the boxers and…listened. The noise had come from the third floor. The water sounded like the shower. Carefully, Dan headed up the stairs. As he topped the stairs he could see that the bed had been slept in. A pair of sweat pants, his sweat pants, lay on the floor. He wondered if David and Kelly had had an argument and one of them had come and spent the night. It had never happened before. His brother and Kelly were truly happy. In fact, Dan didn’t know a couple, straight or gay, who had as good a relationship as they had. Slowly, Dan moved toward the bathroom. The door was open and he could hear the water as it poured out of the bath faucet. Cautiously, Dan looked around the door jam and into the bathroom. He straightened and stared into the large room. A coffee mug had been dropped, shattering and spilling coffee on the marble floor. A woman, naked, stood frozen between the tub/shower and the sink, the broken mug and coffee pooled at her feet. Dan looked at her, not as a man would look at a naked woman, but as a police detective would look at a victim of a crime. She was about five-seven and had a shapely, well-toned body that was covered with bruises. The bruise pattern on her thighs suggested possible sexual assault. He had seen them before. Her chest was black and blue. Over her right breast was a cut that ran across the top curve. Her face, what was not covered with a swatch of gauze, was swollen and discolored. She probably had a broken nose that had been reset at the hospital because there was no definition to her facial features. What was visible of the top of her head had no hair, but was beginning to show dark stubble. She turned around in a tight circle, keeping her feet in the same place. This gave Dan the chance to see the old and new wounds on her back. 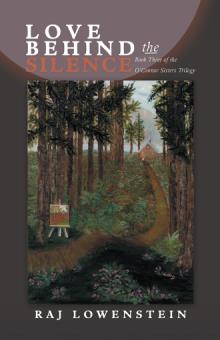 Love Behind the Silence
Raj Lowenstein
$20.99 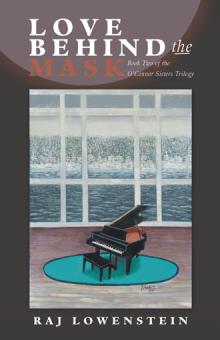 Love Behind the Mask
Raj Lowenstein
$20.99 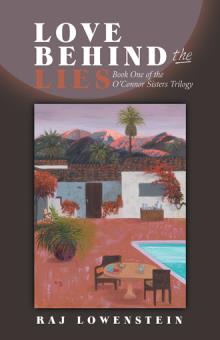 Love Behind the Lies
Raj Lowenstein
$20.99

Detective Daniel Hartman lives in a three-story condo in the Montrose section of Houston that he rents from his twin brother, Dr. David Hartman. When Daniel wakes up to discover a woman, naked and recovering from a savage attack, his first instincts are those of a detective. The woman is not a stranger, however. His life will change as the woman becomes entwined not only with his life but also with his heart. The woman, Michael Braun, is scared, homeless, and unsure of what is happening. Daniel Hartman is an intimately familiar stranger, who, without hesitation, wraps her in his protective arms and steals her heart. Can she be sure that this vicious attack was a random act when she remembers nothing of the episode itself? Has Michael’s past, a past she struggled to escape from, found her? Can she keep herself and the man she loves safe without losing more than her soul? Will Detective Hartman become a pawn in a killer’s twisted game of revenge? Will he become his lover’s dagger, or will he go through the fire to save what he has found?

Raj Lowenstein lives with her husband, dogs, and cats. Their three children and three grandchildren live in Colorado and Texas. She has a bachelor’s in American sign language interpreting with a minor in Jewish studies from University of Houston. She started writing Through the Fire in 2004 while attending Gallaudet University in Washington, DC, for a semester. Even though she has had poems published in literary magazines, it took her only forty-something years to decide that it was OK to actually get a book published. This is her first of many books; she has goals! She hopes you enjoy Through the Fire and will look forward to her other books as they appear.