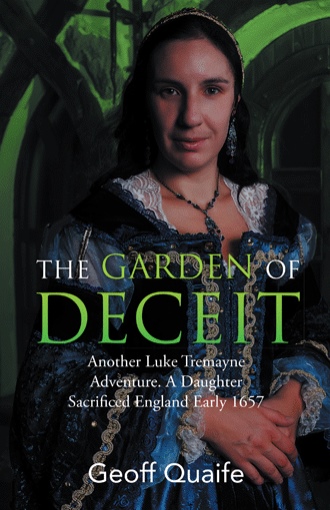 At the beginning of 1657 conspiracies escalated among Royalists, Republicans, religious radicals and disaffected senior officers of the army. Discontent was fuelled by Parliament's decisions to offer Oliver Cromwell the Crown; abolish the rule of the Major Generals; and increase taxation to continue the unpopular war with Spain. Royalists prepared for an invasion, awaiting only Spanish money and troops to launch the attack, and an English port able to accommodate the invasion forces. Many former supporters of Parliament and the Protector viewed the attempted recreation of monarchy as a betrayal of the principles that had driven them to remove Charles Stuart. Senior army officers in particular resented their loss of power in an increasingly civilian-dominated regime. Cromwell’s long time deputy who opposed the changes was sacked. Elements within these opposition groups plotted to destabilize the government by assassinating Cromwell. Government agents had a simple task—uncover and abort these attempts, and ensure that the disparate opposition did not combine. The task was complicated by the potential conflict between the military and civilian arms of the administration. It was made even more difficult as alleged public plots and assassination attempts, and the counter measures adopted to thwart them, were often a cover for personal ambition, vendettas, rape, child abuse and murder. After surviving three assassination attempts either through the incompetence of the would-be killer, the foreknowledge of government agents, or sheer luck. Cromwell turned to his top investigator, Luke Tremayne to hunt down the would be killer, and uncover Royalist agents attempting to take over a section of the army which was to combine with an imminent foreign invasion by Irish fanatics to overthrow the government. The leaders of this maverick Royalist conspiracy are known to be a serving officer and an aristocratic woman, who have formed a secret organization, The Garden whose members adopt horticultural aliases. Luke’s task is complicated as many of his suspects as the arch conspirators are murdered- blown apart, stabbed, brutally battered or decapitated There is no shortage of suspects as the murderer, or the conspirators, but their sexual dalliances or lack of them, may be the motive behind their actions, rather than involvement in the planned Royalist insurrection. Homosexual attraction further complicates the issue. Perhaps motivation for either murder or military takeover was grounded in dynastic rivalry and sibling rivalry. The officers and some of the women under suspicion had previously served in the West Indies. Did their behaviour in the Caribbean lead them to murder or treachery? Would the diary kept by one of them give Luke the answers he needed? Tension between civilian and military intelligence groups further confuse the situation as Luke and Cromwell’s spymaster-general, John Thurloe, do not entirely trust each other. Does Luke’s involvement with an array of women –two lonely matriarchs, an adulterous wife, a predatory femme fatale, a mentally disturbed young woman, and several besotted wenches help or hinder his investigation into the murders, the search for Cromwell’s would –be assassin, and his attempt to uncover the Royalist plotters. Luke own life is constantly threatened. He is nearly blown up with Cromwell, bashed by an assailant, shot at thrice, nearly poisoned on several occasions, drugged, and in danger of having his throat cut. Unrest among traditionally loyal Cromwellian troops due to the fear that Cromwell will become King and his government fall in increasingly into the hands of civilians and away from the army leads Luke to believe that the most loyal of troops today may be Cromwell’s worse enemies tomorrow. Even the generals close Cromwell reveal their concern. The Royalists are ready advantage of the potential division within the ranks of the government’s army. Whom can Luke trust? The disillusionment of religious radicals in Cromwell added further tension to the situation. In the past these extreme Puritans, especially The Fifth Monarchy Men saw Cromwell as God’s anointed, leading England out of its satanic past towards the reign of the Saints. Now many of their leaders saw Cromwell as the Great Apostate who had usurped the role of the Lord Jesus. Confronted with these pressures and the increasing unpopularity of Cromwell’s government, could Luke stay on mission and achieve his three tasks-capture the would-be- assassin, find the murderer or murderers ,and uncover the Royalist plotters? 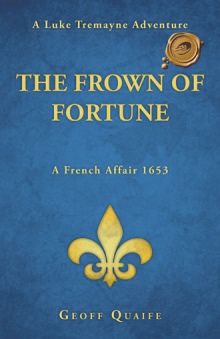 The Frown of Fortune
Geoff Quaife
$14.95 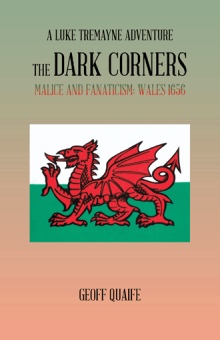 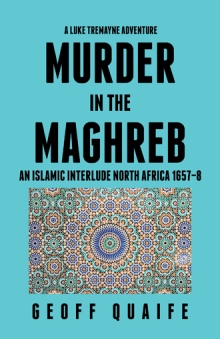 A Luke Tremayne Adventure Murder in the Maghreb
Geoff Quaife
$20.99 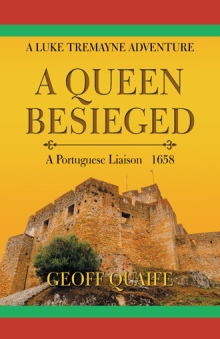 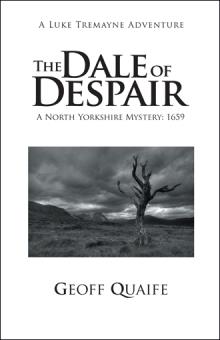 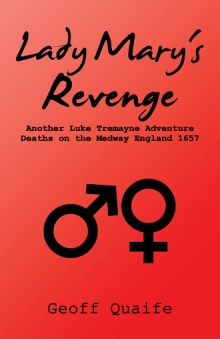 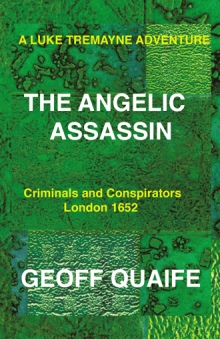 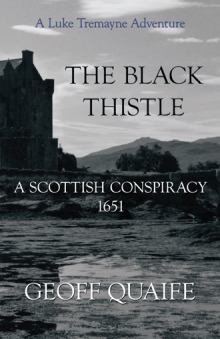 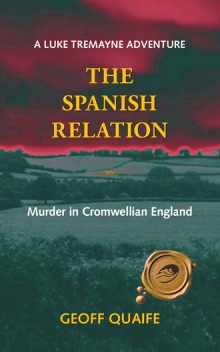 In early 1657, Cromwell, after surviving three assassination attempts, turned to his top investigator, Luke Tremayne, to hunt the would- be killer. Elements in the army feared that Cromwell would become king and his government fall increasingly into the hands of civilians. Royalist agents played on this fear and planned to take over a strategic military unit to then overthrow the government. Luke had to uncover the leaders of this plan before they achieved their aim. Luke’s task increased as he had to solve the murders of his initial suspects, who were battered, stabbed, blown apart, or brutally decapitated. The murders may be related to sexual dalliances and not related to the royalist takeover. Homosexual attraction complicated the situation. Lonely matriarchs, an adulterous wife, a predatory femme fatale, a mentally disturbed young woman, and several besotted wenches may or may not have helped his investigation. Luke was nearly blown apart, bashed by an assailant, shot at twice, almost poisoned on several occasions, drugged, and in danger of having his throat cut. Confronted with these pressures and the increasing unpopularity of Cromwell’s government, can he stay on mission and capture the assassin, find the murderer, and uncover the royalist plotters?