A Product of Their Time 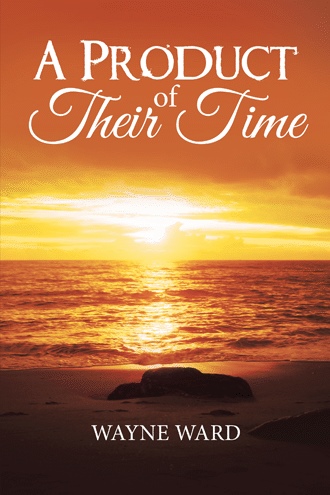 Sullen, brooding, eyes sunk deep in hollow faces, for some a supreme human effort to slump their malnourished bodies on the splintered decking. Pools of rainwater forced the men to crush together, losing half of their already cramped space. Labour recruitment agent Rafael Manktelow, facially scarred and brutal of countenance, a known Melbourne underworld figure, spoke in guttural tones with the master and another man dressed in an expensive tweed overcoat and matching deerstalker hat. Captain Fremont introduced him to the agent as Mr Mawn, owner of Tolarno Station. Counting heads the mate tallied fifty-seven. Rafael raised a clenched fist above his head, barely masked contempt in his strident voice. “Shut your mouths and be listening well to what I have to say. Whilst conveyed on this vessel you will obey without question any command from Captain Fremont, his mate, me or any person of authority. Discipline by any means so bestowed is now your lot, understand my drift?” Muffled assent passed among the shearers, one voice a bleat: “Mr Manktelow, begging your kind pardon, we were promised food and water.” “Sustenance will be supplied in good time.” “Sir, none of us has eaten since yesterday and then only enough for them that got in quick,” the man whined. “Most of us be in a state of terrible hunger and thirst, sir.” His plea ignored, the agent continued: “Your final destination is Tolarno Station inland from Morara Station, the station where you will disembark. Captain Fremont informs me there is a woodpile two miles upstream from Morara where he will be taking on wood in daylight hours. Captain Fremont is of the opinion, and I fully concur, we must maintain strict concealment at all times. Along every bank, behind every tree there are belligerents who bitterly oppose our good work. Who with pitiless violence would seek to have us fail in our righteous endeavours. Heading for the woodpile Captain Fremont will hoodwink those bent on imposing their will into believing he is going about his normal business, taking on wood and loading hay at various farms along the river. When night falls the master will take the Rosalind downriver to Morara Station where under the protection of darkness you will disembark and proceed at haste overland to your destination, Tolarno Station.” Captain Fremont addressed the shearers in a booming voice, his chest outthrust: “Unfettered shearers of Melbourne, be informed there is no freedom of movement on the vessel except for permission to move about within the perimeters of your concealment. For the purpose of the elimination of bodily wastes supplied are buckets, two among you elected for their proper disposal. Silence is imperative, communication forbidden. Wilfully disobeying instructions and orders from myself and others in authority you will be forthwith removed from the vessel without sustenance and left to your own devices.” Fitting rewards for the willing tools of the squattocracy, Olaf thought. Rafael added more: “Some of you who were wary if not outright fearful of what might greet you in Swan Hill, your fears unfounded. Be assured the union vermin have slunk back to their burrows or under their slimly rocks. I am hearing there are disturbing words among some who decry why stealth and concealment? I say to you whilst there is one union rat with stinking breath in its body we must ever be vigilant. There is nothing to fear and I congratulate Captain Fremont and the Rosalind in providing us with the comfortable and bountiful means of journeying to Tolarno Station, as well as spoiling us with the comforts of the good life we crave.” Mr Mawn relished the warmth of his heavy woollen overcoat, his words also inspiring and confidence building: “My good men, your peers place you on pedestals and salute you. Your abundance of fortitude and courage is a symbol for all who take up the cudgel against union thuggery. Because of my stance against the union purporting to support shearers, the union has blacklisted me. Why I seek the support of men of stamina, courage, spirit, the sturdy stock which has made this colony great. “Hence Tolarno Station has enlisted the services of men who baulk at paying half their wages in union dues, crippling levies and fraudulent benevolent funds for malingerers. Men like you desirous of freedom of work, men who want to toil for fair and generous remuneration without a union thug stabbing a finger in their faces and breathing the foul breath of strike. We tread stealthily and maintain our resolve we will defeat the union louts impeding the freedom of Tolarno Station. Dispel any lingering fears, Tolarno Station has armed and loyal men prepared to protect you. Police have orders to suppress with an iron will unionists intent on riotous disruption and civil disobedience.” Resentment passed through the more gregarious shearers. Most seemed not to hear, morosely staring between their legs, hungry and thirsty. Get off the Rosalind! Now! As if rooted to the deck, Olaf’s feet failed to answer him. Releasing two wharf apron lashings a deckhand swivelled the small gangway inboard, then slackened a bight turned up on the stem post and rendered the line through the wharf bollard. Aft another deckhand aft cast off a single mooring and the paddle steamer drifted clear of the wharf, slowly threshing ahead. Too late, Olaf now wholly committed to whatever fate decreed him by association with the Rosalind. His remaining aboard effectively condoned his role in the Rosalind’s portage of strike breakers to Tolarno Station. Observer, he tried to convince himself, innocent of this abandonment of his union fealty. Then with a sickening feeling like a lump of lead in the pit of his stomach, he closed his eyes and murmured for forgiveness from those he tread the footropes with and comrades who mined coal deep underground. 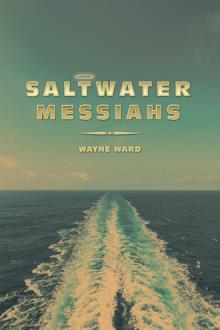 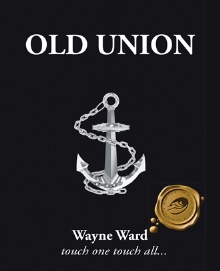 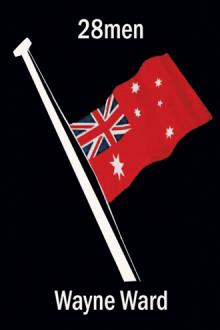 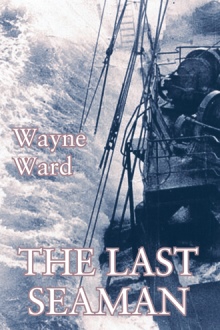 A unique breed of men and women emerged from the latter part of the nineteenth century. Some risked their lives on the footropes of sailing ships, others rose to prominence in industry, politics and government. Many forged new lives in far-off lands, but all were joined by a common thread to grasp a rapidly changing world and claim a niche in history. Olaf Johansson sailed halfway around the world to find his destiny on the banks of a river of little significance when compared to the great waterways of the world, but for an arid continent a vital artery of commerce. Along its crumbling red clay banks and verdant redgum forests old penal colonies strove for nationhood, eventually achieving independence though never fully casting off the yoke of its old colonial master. A Product of Their Time is a saga of survival, men and women overcoming the brutal and iron-fisted rule of privilege, class and authority.

Wayne Ward signed on his first ship at sixteen and walked down his last gangway forty-four years later. Married to the same enduring woman who reared their sons who would rise to be ships’ masters, far surpassing their able seaman father. A special wife and mother who endured a writer who claimed to be many things, absorbing his delusions and fantasies. Who travelled with a restless partner far off the measured scale of domesticity twelve times around the world, and somehow survived with sanity intact to reside in idyllic splendour with this would be literati on the Wangi Wangi shores of Lake Macquarie.