Seen by All Living Beings . . . All the Time 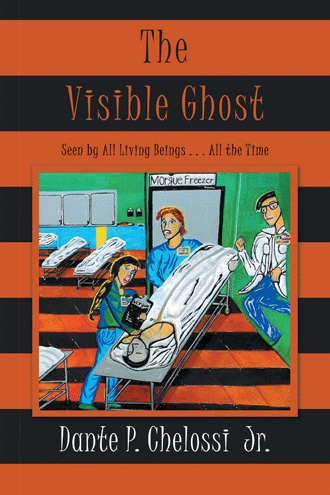 Eugene's dead body was put into a body bag and transported by two medical attendants to the hospital morgue. Eugene the ghost followed them as they wheeled his body on the gurney. A special elevator that the hospital uses for morgue transports and by medical people was used. The two people transporting the gurney felt very uncomfortable as Eugene the ghost walked beside them... very visible for everyone to see. Eugene the ghost talked to them all the way to the morgue. Very quickly... quicker then normal, they made it to the floor where the actual morgue was located. The unmarked door to the morgue was halfway down the hallway. There were several people in the hallway, medical professional's, non patients, and patients. Because Eugene the ghost was solid looking, and his dead body was covered with the body bag, no one even noticed that a ghost was walking by them... a very visible ghost !! Eugene the ghost looked like a normal person that was walking with the two people transporting the gurney. As they walked by one particular patient with his service dog, the dog approached Eugene the ghost and wagged his tail, and then started to growl. The dog's owner quickly apologized and moved on. 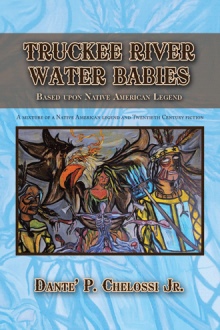 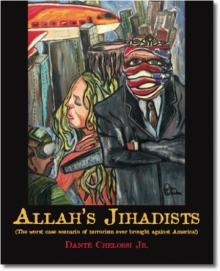 Allah's Jihadists (The Worst Case Scenario of Terrorism Ever Brought Against America)
$24.50 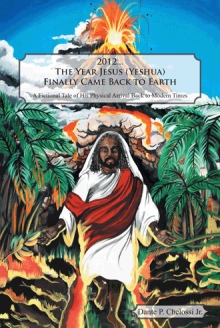 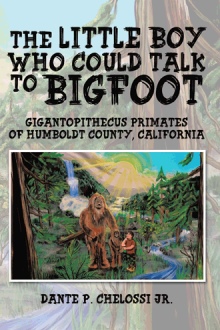 The little boy who could talk to Bigfoot
Dante P. Chelossi Jr.
$18.70

The Visible Ghost tells a tale of a scientist who has an accident inside his laboratory and dies. To his astonishment, and that of everyone else around him, he becomes a ghost who is visible for all to see with their eyes . . . all the time. He does not have the ability to become invisible. Another fascinating detail about him in his ghost form is that his appearance is 100 percent solid, like any living being around him. If someone were to stand next to him, they could have a conversation with him and not in any way ever suspect that he is, in fact, a ghost, because of how solid in form he appears to be. Being a scientist, this ghost is extremely intrigued, even in death, about being a ghost. He decides to investigate and document everything possible about being a ghost for others to understand before he disappears . . . which can be at any moment. At the very least, he has proven to the world that ghosts do, in fact, exist.

This is my fifth book that I have written. I transform my imagination into a fictional story mixed with factual information. I personally like to let my imagination flow through many different categories and maybe create questions to explore and ponder silently with an honest heart. I like to explore things that seem impossible only because someone has not been motivated enough to prove that the possibility might actually become a reality at some point in time. I relax among the redwood forests, beautiful rivers and lakes, and stunning beaches along the Pacific Ocean in the best kept secret in California...Humboldt County.