The Adventures of Olivier & Joaquin 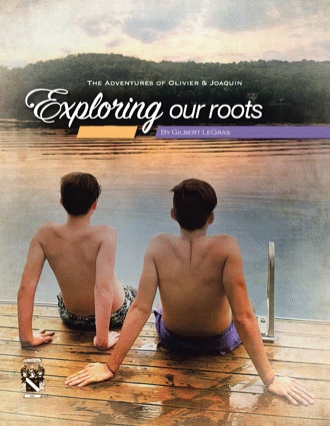 Canada’s name comes from the Iroquois or Haudenosaunee word “kanata”, which means village or settlement. Ottawa is derived from the Algonquin word “adawe”, meaning to trade. It refers to the confluence of Ottawa, Gatineau and Rideau rivers at what is now Canada’s capital where Indigenous Peoples would hunt, fish, trade, camp, harvest and perform ceremonies. Olivier and Joaquin learned about Indigenous art and urban life, and took on nicknames based on mythology. Joaquin, for example, liked the Algonquin myth that tells of the man-eating giant called Windigo. Joaquin, at 12-1/2, was eating his way through his growth spurt in July 2017 and we all agreed that the ravenous Windigo seemed a fitting moniker. Athabaskan legend, meanwhile, describes a crafty, intelligent and powerful spirit animal called the Wechuge. This seemed an appropriate description of Olivier, whom Joaquin and I have long called “the great negotiator”. Having grown up in Winnipeg, where one in five residents are Indigenous, it was important to me to ensure Joaquin and Olivier learn about First Nations culture in the different parts of Canada they visited. Canada is a great country with a strong social contract and if Canadians can find a way to make things right in partnership with Indigenous Peoples, we will all be that much better as a people. As I’ve told Olivier and Joaquin, having lived in three countries and reported out of 15 countries when I was a journalist, I know that Canada is an exceptional country. In the 150 years since the British North American colonies agreed to unite under the vision of Sir George-Étienne Cartier and Sir John A. Macdonald, Canada has been true to its values: equality, diversity, freedom of the individual, and living in two official languages. Many of 35 million of us speak hundreds of other languages too. This is a land of Indigenous Peoples, settlers and newcomers – by choice, or by circumstance (like the tens of thousands of refugees we welcomed from Syria, Haiti, and Turkey – not to mention many other places – in the past couple of years). Continued efforts at reconciliation with Indigenous Peoples reflect the Canadian spirit, which is that better is always possible. We practice many faiths, we experience life through different cultures and we stand united as one country. Canada has overcome its vast geographical reach and its historical constraints. Our land is nearly 10 million square kilometres, making it the second-largest country in the world. You could fit all of Europe into Canada – three times over. We have more fresh water than any other country with more than 2 million (and possibly up to 3 million) lakes. And our Arctic Archipelago has 36,563 islands – which is why Canada has the longest coastline in the world. Canadians have managed to reconcile two major rival European colonizing cultures through their relations with France and Britain and we have been able to follow our own path from each of those countries and our neighbour to the south. Canada is a paragon of liberal democracy and probably has the strongest social contract of any country in the world. For many people elsewhere in the world, it is also a beacon of hope. This is a country worth exploring and celebrating – and it gave me great joy to show Joaquin and Olivier our home and native land. This is the birth right of Olivier and Joaquin. 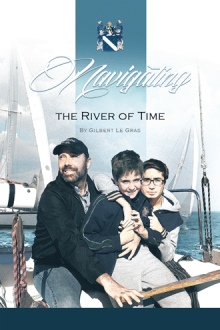 This is the fifth and final book in the Adventures of Olivier and Joaquin series of children’s stories. The boys go to Canada for the first time in more than twelve years to celebrate Canada’s 150th anniversary in 2017, marking an adventure that has them explore the country’s biggest cities and breathtaking countryside. Now begins each of their stories as they grow into increasingly independent teenagers, and soon, young men.

Gilbert was a foreign correspondent with Reuters, a news agency which supported him in publishing his first book "The New New World" in 2001 about doing business in South America. After 20 years in journalism, Gilbert returned to Canada to work for the federal government where he has focused on economic, diplomatic and national security files. Gilbert lives in the Canadian capital, Ottawa, and is honoured to be the father of Joaquin and Olivier.