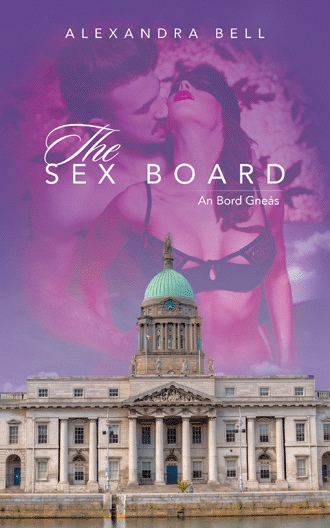 Chapter I Glory holes in Government Buildings ------------------------------------------------- MANY people wonder why it takes the political establishment in Ireland so long to do anything and why, when there’ s a real crisis, like the present housing situation or the utter chaos in the public health system, it acts with all the speed of a constipated elephant. There’s an answer for all that lethargy and it all comes down to an announcement made in the Dáil some time ago by the then Taoiseach. He was called Kelly or something like that; he made such a fragile impression on the political history of this country that many people now find it hard to remember his name, his achievements in office were so slight. But there’ s one thing he did before he left high office and it explains so much. He announced, with his customary hyperbole, that his government was going to set up a new semi- State organisation called An Bord Gneás, or in English, The Sex Board. He elaborated his reasons in the Dáil: “ All the people in the establishment of Ireland, whether it’ s in government, in business, in the media or in the church, work so hard at putting right all the things that are wrong in Ireland, and looking after the little people so diligently, that they are absolutely worn out. They all need a little rest and relaxation from running this wonderful country of ours and to that end, I’ve decided to set up An Bord Gneás, which will provide much needed relief to both men and women in high places” . But he admitted: “ It’ s not an entirely new idea as I’m following EU precedents. The EU at its Berlaymont headquarters in Brussels has long had a similar organisation in place, provided much needed relief for the Commissioners and their higher- up members of staff. We all know how exacting it is working for the EU and people do need a little bit of relaxation. The organisation in Brussels has worked wonders in keeping senior EU workers well relaxed and happy after all their endeavours, so I’m quite sure that a similar organisation here will also work wonders” . Continuing, now that his enthusiasm for the project had fired up his 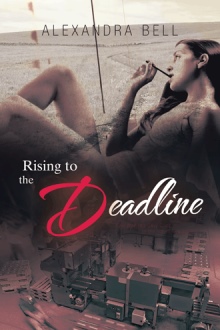 Rising to the Deadline
Alexandra Bell
$18.00

The Sex Board is an entirely fictional account of the new public or should it be pubic body set up by the Irish government to provide relaxing services for all the elites in Ireland, whether they are elite people in the top ranks of the public service, top people in business and other organisations, such as charities and the Catholic church in Ireland. With the arrival of the Sex Board, a troupe of beautiful looking young men and women, all fantastically well endowed, set out to keep all these elites happy, with unbridled scenes of sexual gratification and satisfaction. For the people they serve, no kink is too way out, no pleasure beyond bounds. For all these top elites, the arrival of the Sex Board means that they can enjoy unlimited sexual relations and pleasure. The book satirises each and every section of society in which these elite personnel operate. The ordinary man and woman in the street, Joe and Josephine Soap, have to pay for the heavy outgoings of the Sex Board through their punitive taxes, but since they are the little people, they are not allowed to take part in any of these romps behind closed doors. Soon, the Sex Board is working like a piston under full pressure and such is the wide scale of copulation and sexual frolics, little or no work gets done. Yet as this satire explains, Ireland still continues to function perfectly well, without any hindrance to services provided by the public and private sectors. Private parts are always to the fore, yet in this satire, the newly found obsession with sex at the top levels of Irish society means that everything continues, business as usual and all the really serious problems in Irish society are ignored. Perhaps there’ s a moral tucked away in that unprecedented devotion to amorality.