Travels Here and There 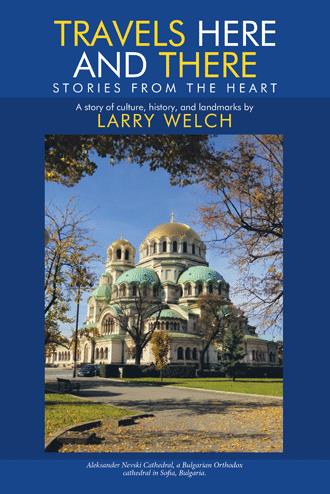 In January 1957, I first came into contact with Hungary through five boys who were refugees from a failed attempt by the Hungarian people to overthrow their Soviet Russia occupation. Following World War II, through a process of negotiation and bullying, Russia had come into possession of many countries in Eastern Europe. There were 16 countries occupied by the Russians, none of these countries had an easy time as Russian promises of prosperity under communism fell far short of reality. As a matter of practice, they stripped away each country’s resources for the prosperity of Russia while leaving the occupied countries little better than destitute. On October 23, 1956, during a peaceful student demonstration in Budapest, the lid blew when a secret policeman (AVH), shot and killed one of the students. It was a quick escalation as workers joined the students, and Hungarian soldiers distributed weapons from their armories. Within a day, poorly armed people were organized in a battle against Soviet tanks and armored cars. Surprisingly their defense was so stiff that Russian forces retreated with the loss of a great many tanks through use of Molotov cocktails. These crude incendiary devices were composed of breakable glass bottles containing a flammable substance such as petrol with the addition of motor oil. They had a burning cloth wick and were dropped from tall buildings onto the tanks while teenagers daringly ran up to the tanks for close contact in tossing their Molotov cocktails. After seven days the Russians retreated and a sense of victory and happiness permeated the country as people believed they had defeated the Russians and they would now leave their country. The euphoria lasted a few more days and then hell broke loose as a Russian Army of 200,000 troops and 4,000 tanks invaded the country. They were supported by aircraft and artillery. In the invasion they were merciless in creating unnecessary death and destruction. It was an attack of vengeance and to demonstrate to other East Europe countries the folly of insurrection against Russian occupation. Renewed fighting started November 4 and was not complete until November 11, 1956. After the fighting stopped the exodus of refugees started. About 200,000 Hungarians escaped to nearby Austria before the border was sealed. They were a mix of people fearful for their lives because of their involvement in the uprising, others couldn’t bear to return to their old lives after having had their hopes of a free Hungary dashed by return of Soviet Russia. The United States was one of many countries that welcomed the refugees. Between December 1956 and May 1957, the US transported 35,000 refugees to America. They used 214 U.S. Air Force flights, five Navy ships and 133 charter flights at a cost of $12 million ($104 million in today's money). The refugees were old and young. The boys who came to my hometown, young men really, were in the 20-21 age group, all single, none spoke English and all were penniless but rich in enthusiasm. From all indications they were happy to be in America for the start of a new life. My hometown, Milan, Michigan, was a village of several thousand people, a small commercial district, and several manufacturing plants. The village was surrounded by agricultural land with farms growing corn and wheat while raising cows, chickens, and sheep. I was a high school student and had only lived in Milan two years myself. The Hungarian boys were sponsored in America by the Katona family, a well-established Hungarian family. They also owned the PK&A Foundry which gave these new arrivals a ready place of employment. It was hard working in the heat of molten metal, but the Hungarians didn’t flinch from the work although the wages were low. They bided their time and when opportunities arose they found other work that was easier and paid more. They learned English, married, raised families and blended into the success story that most Americans experience. Hungarian refugee Leslie Ferenczy was one of those who arrived at my hometown of Milan, Michigan in January 1957. 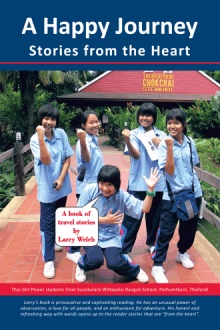 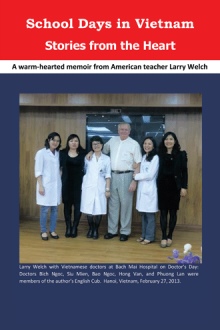 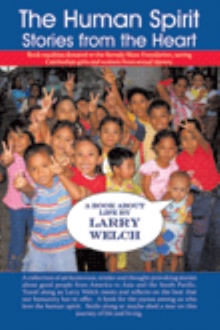 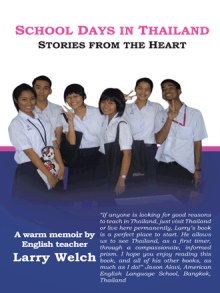 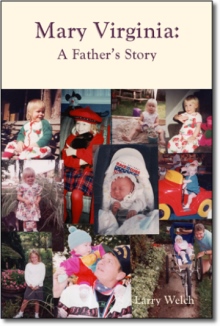 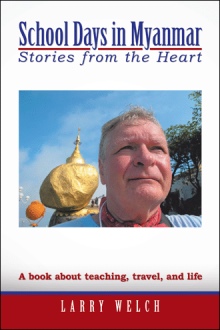 Travels Here and There possesses stories from the heart about places far and near. Included in this volume readers are entertained by Larry Welch’s recollections of travel to Austria, Bulgaria, Czech Republic, Germany, Hungary, Malawi, Michigan, Nepal, Poland, Romania, Serbia, Ukraine, Vietnam, and Zambia. The final chapter is a personal story that involved a short journey from home to a hospital in Thailand and what transpired. Embedded with the stories are descriptions of geography, history, urban planning, and details on what went into making people famous or infamous as the case might be. Larry likes heroes and that shows through in his descriptions of what made some people great. Strolling through castles, fortresses, markets, museums, palaces, parks, Roman ruins, or dining on street food and riding buses or trains, will leave readers hungry for more and even give them a better appreciation for their own travels. In Innocents Abroad, Mark Twain wrote, “Travel is fatal to prejudice, bigotry, and narrow-mindedness, and many of our people need it sorely on these accounts. Broad, wholesome, charitable views of men and things cannot be acquired by vegetating in one little corner of the earth all one’s lifetime.” Amen, Mr. Twain!

An American living in Thailand, Larry Welch is a writer and photographer who spends about half his time traveling to new places. He considers that to be his higher education in learning more about the puzzle pieces that comprise world history, culture and life-styles. This is his eighth book about travel experiences and a biography on the life of his then 8-year old daughter, Mary. Larry is a product of the American Midwest, had a long career with the U.S. Navy and a short six year career as an English teacher in Thailand, Myanmar, Vietnam and Nepal. He has a lifetime record of voluntarism and reaching out to the less fortunate. A passionate reader, Larry has had the pleasure of being a book lover from the time of his first baby book long ago.