Understanding the Global Shift, the Popularity of Donald Trump, Brexit and Discontent in the West 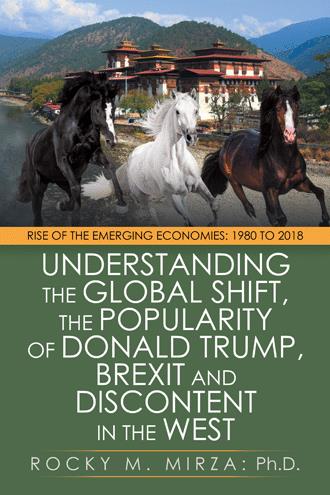 Riots in France, Brexit, populism, discontent, Far Right politicians across Europe, growing income and wealth inequality in the West, loss of the American dream of upward mobility, and President Trump. What is the real cause of these phenomena? My answer: The Global Shift of economic, political and military power from the Western developed economies of Europe and North America to the Eastern Emerging Economies of China, India, Indonesia, Latin America and Africa. This Global Shift is responsible for the loss of high paying manufacturing jobs in the West and the demise of high paying union jobs. While consumers have benefitted from the imports of cheap manufactured goods from the Emerging Economies, high wage workers in the coal and steel industries, in manufacturing and construction, in unionized blue collar jobs, have permanently lost their Middle class income status by trading jobs paying US $40.00 per hour for jobs paying US$10.00 at Walmart and other retail outlets. These are the voters Candidate Clinton called the “Basket of deplorables,” because they were invisible to her as they are invisible to establishment leaders like Trudeau, Macron and Merkel. Western leaders continue to behave as if the countries they lead, Germany, Britain, France, Italy, Canada, are as powerful economically, politically and militarily, as they were before the Global Shift. They continue to waste billions of taxpayer dollars on imperialism, military invasions, warmongering, and the creation of 65 million refugees, none of which provide any economic benefits to the majority of their voters. At the same time they reduce expenditures on programs which support the Middle class and lower Middle class and squeeze unions to abandon benefits such as higher wages, pensions and health care, by blaming global competition. They simultaneously pretend to care about global warming and environmental degradation but favour increased globalization to win votes by enhancing economic growth. They blatantly ignore the inherent contradiction between fostering ever greater consumption of junk to promote economic growth, and environmental degradation. They focus only on the “recycle” parts of the 3R’s, ignoring “reduce” and “re-use,” because of their addiction to economic growth. President Nixon began to engage with China not for trade but for enhancing Western imperialism. President Nixon exploited the political, ideological and border conflict between China and the Soviet Union to wean China away from the Soviet Union to help the West win the Cold War. China was allowed to keep its Communist political system and its independent military. President Nixon could not have foreseen any political, military or economic threat from China since China was a “dirt-poor” country when President Nixon visited China in 1972. It was not until 1980 that Nixon’s 1972 visit led to the creation of China’s first SEZ. At the time the GDP of the US was 12.7 times that of the GDP of China. China was ranked the 10th largest economy, behind the US and all of its major allies, Japan, Germany, the UK, France, Italy, Spain and Canada. In 1972, no Western leader ever imagined that China’s economy would one day over-take any of the major allies of the US, much less all of them. However, by the time the Soviet Union collapsed in 1991, Western leaders could have seen some signs of this possibility, however remote. They could have acted by dis-engaging with China since the West had now won the Cold War. But Western leaders are not visionaries. In 1991, Western leaders re-evaluated their engagement with China as economic rather than political. That was an irreversible mistake. China outgrew the Western economies by a ratio of 5:1. While the average annual growth rate in the West was about 2% it was about 10% in China. The continued economic engagement with China after 1991 had the following benefits to the West: 1. Much lower price of imported manufactured goods for their voters 2. Shift of dirty polluting factories from the West to Emerging Economies 3. A small bump in growth rates from increased international trade But continued economic engagement had the following costs: 1. The emergence of China as the second largest economy in the World 2. An ever increasing group of non-Western Emerging Economies such as India, Indonesia, Vietnam, Brazil, Russia, Mexico, Nigeria, ASEAN and others 3. Relative loss of political, economic and military dominance by the West in institutions such as the G-7, the WTO, the IMF, the World Bank, the UN, the reserve currency, the financial markets, the mainstream media and social media, cybersecurity and spying. 4. Increased income and wealth inequality in the West 5. Erosion of the size and income of the Middle class 6. Loss of high wage manufacturing jobs and high wage jobs in construction, steel and coal 7. Loss of the American dream of upward mobility and emergence of a new “Chinese dream” 8. The replacement of the American century by a new Asian century 9. Expected demise of the West and re-emergence of Eastern dominance While President Trump and Far Right leaders are correct in their analysis that this Global Shift, which they erroneously call globalization, must be abandoned to re-assert Western dominance, they are too late to reverse course. Once Columbus had re-discovered the New World it was impossible to prevent the rise of the West. In like manner, once the Global Shift was allowed to expand from the Mexican Maquiladoras to the SEZs of China and to the Call Centres of India for four decades, it is now too late for any Western leader or leaders to halt it. It now has an unstoppable momentum of its own. The only hope for the West is to cease its continued wasteful spending on defence, warmongering, Regime changes, policing the globe, creation of millions of refugees with its bombings, invasions and wanton destruction of property. The West must now focus on the economic needs of its own voters and form equal partnerships with non-Western countries. It can no longer dictate and use military or economic threats as the execution of those threats will harm it far more that those attacked. 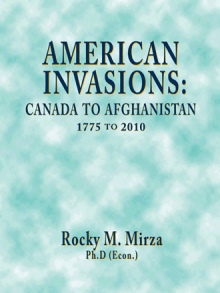 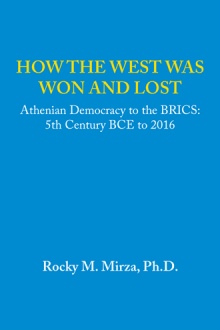 The problem is not President Trump, Brexit, Far Right politicians, racism or Islamophobia. It’s the “Global Shift” from America and Europe to China, India and beyond. As an economist Dr. Mirza is fascinated by the Rise of China from a “dirt poor” country in 1980 to the World’s second largest economy today. This revolutionary achievement has not yet sunk in with Western leaders, economists, the media or the public at large. Imagine living in Europe when Columbus sailed West to find China. European leaders either ignored him or heaped scorn on his bravado. Dr. Mirza believes that Western leaders today are as ignorant of today’s “Global Shift” from West to East as the Eastern leaders of the Ottoman Empire, China and India were, during the 16th-18th centuries of the “Global Shift” then from East to West. This book intends to shed light on that ignorance. It traces the beginning of this “Global Shift” from the Mexican Maquiladoras to China’s SEZs to India’s Call Centres to Indonesia, ASEAN, Brazil and Africa. Dr. Mirza also explains how this “Global Shift” is responsible for the Rise of populism in the West, of President Trump, Brexit and Far Right politicians.

Dr Mirza was born in Guyana and immigrated to London, England, at the age of 18. He completed a B.Sc. in economics at the University of London. He immigrated to Vancouver, British Columbia at the age of 26. He completed his Ph.D. in economics at Simon Fraser University. He has taught economics at Thomson Rivers University, written several on-line economics courses and co-authored textbooks and study guides in micro and macro principles. Dr. Mirza has also written three books with Trafford Publishing on American/Western imperialism: “Rise and Fall of the American Empire,” “American Invasions” and “How the West was Won and Lost.”