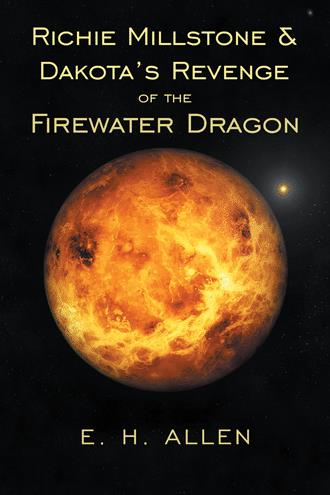 Jasper D. Jones Control Room Bridge Admiral Benicia sat calmly in her command chair as the final Venusian flying- cities departed for the new Fantasia-Gemini colony world. The last city, Pearl City, was nearing Venus orbit and would soon enter hyperspace to head to its new planetary home. The city rose gracefully and rapidly while they watched it get larger on the view screen. Moments before it entered orbit, a warning alarm went off at the main tactical station. Everyone snapped their heads to look at the newly promoted ensign operating the station. He started to look nervous since the entire bridge was looking at him. The only sounds were the beeps and tones from the different control stations. The quietness was a bit unnerving to Benicia, so she decided to break the ice. “Report, Ensign Yvon,” Admiral Benicia ordered as she calmly looked at him. However, he did not miss a beat and reported without fail. “Ma’am, sensors are detecting an energy build-up near Pearl City’s main star-drive. The energy signature matches that of a sonic-bomb,” Ensign Yvon said calmly but with wide-eyed horror. “My Lord, if it explodes and takes out that main drive…,” Commodore Phineas said with horror. However, Admiral Benicia did not have time for panic. “Commodore, call Dakota immediately and warn him. He’ll have to use his energy matrix. That will be the only way to prevent the city from falling back to the surface,” Admiral Benicia warned. Commodore Phineas didn’t miss a beat as he activated his communication unit and called Prince Dakota. It was a short conversation as he calmly and quickly told Dakota about the bomb. They terminated the conversation and then called Pearl City flight-control. The communication officer in the city acknowledged the order to delay the jump to hyperspace while Dakota attempted to give assistance. They waited anxiously as they watched Pearl City holding in Venus orbit. Another warning alarm went off at the tactical and security stations. “Admiral, an explosion is imminent,” Ensign Yvon warned as he silenced the alarm, but the red warning lights continued to flash. “Understood, Ensign,” Admiral Benicia said. They watched in horror as a brilliant reddish-orange explosion erupted from under the main star-drive of Pearl City. The effects were immediate moments after the detonation. Molten ion-plasma leaked heavily from a ruptured conduit. The hot plasma dissipated harmlessly in the vacuum of space. Benicia and her bridge officers remained calm as the city slowly lost attitude control. Another warning tone went off indicating there was an emergency hail from the Pearl City main communications station. “We’re receiving a hail from Pearl City, Ma’am,” Lt. Kyara warned. “On screen, Lieutenant.” There was no video, only a panicked voice came through the speakers. The communication system automatically translated the Greek language to English. “Pearl City flight control calling Jasper D. Jones…mayday-mayday…we’re losing attitude control and inertial dampeners. We cannot compensate…we’re beginning to roll over. We require assistance, over!” The panicked officer said in a shaken voice without even identifying himself. “Acknowledged, sir; Prince Dakota is on his way to assist you. Keep this line open while he assists, over,” Admiral Benicia said. “Understood, Admiral; thank you, over” the man said in a slightly calmer voice. He apparently knew of Prince Dakota’s superhuman bag-of-tricks. They watched with awe as Dakota did what he does best and helped people. Several Moments Earlier Prince Dakota and Lawaxana stood quietly while they waited for the mag-lift to take them to a level with access to the nearest airlock. However, they still talked telepathically; it was a huge convenience during battles; it prevented enemies from knowing their plans. They hadn’t yet activated their helmets. “I swear, Lawaxana, when I get my hands on the perp that planted the bomb I know is about to go off, I’m gonna plant my foot so far up his butt…,” Prince Dakota said telepathically to her. He paused when she cut him off. “Yeah, I know, it’ll be so far, he’ll have toes for tonsils,” Lawaxana said telepathically as she snickered aloud. She was amused by his irritations. It only took a few moments for the mag-lift elevator to take them down a few levels to an airlock deck. The mag-lift indicator beeped lightly to indicate they were at the designated level. As soon as the double-doors opened, they dashed out and headed to the airlock. A military officer was waiting for them when they arrived and would be operating the airlock door. “Lieutenant…,” Prince Dakota said as he lightly nodded his head in greeting to the officer, who was wearing a pair of dark blue maintenance coveralls. “Your Majesty; whenever you are ready,” the lieutenant said with a half-grin as he stood ready to operate the airlock controls. “As soon as we’re inside and secure, you can depressurize,” Prince Dakota said as he and Lawaxana activated their battle-suit helmet systems. Both helmets instantly materialized around their heads like self-constructing 3-D puzzle pieces. They both stopped just long enough for the officer to open the airlock doors, and then they dashed inside. The inner airlock door automatically shut as soon as they were clear. The door was painted bright red with three yellow horizontal stripes to denote an airlock to the vacuum-of-space. There were a series of warning tones and a computerized voice as the airlock depressurized. DONG-DONG-DONG! “Warning…airlock depressurizing; pressure suits are required,” a monotone computerized female voice said through their helmet speakers and from speakers inside the airlock. They had to wait a few seconds for the airlock to depressurize. If the door were opened without that step, anyone inside the airlock would risk injury when the rush of air violently sucked them out. Prince Dakota thought he heard an explosion just before the airlock began depressurizing. He also thought he saw a bright flash-of-light when the explosion occurred. The airlock didn’t have a direct view of Pearl City, so they hadn’t seen the explosion directly. 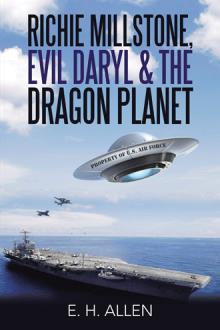 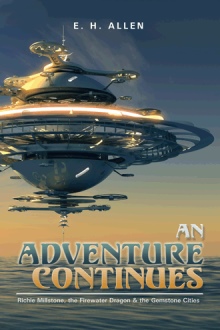 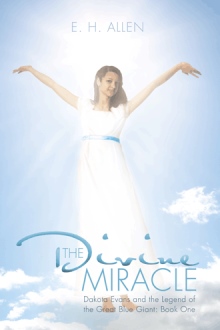 Richie Millstone & Dakota’s Revenge of the Firewater Dragon is the third book in a ten-part series about a boy, a dragon, and time travel. The first book (Richie Millstone, the Firewater Dragon & the Platinum Water Crystal) follows Richie as he and several companions embark on a time-travel adventure through time and space. They get into all kinds of shenanigans, meet new people during their travels, and also have a lot of fun. The second book (Richie Millstone, the Firewater Dragon & the Gemstone Cities) follows their continuing adventures as they travel 1.8 billion years into the past to find a civilization living on the planet Venus with blue water, plants, and animals. The third book sees them travel to a place that makes them wish they’d never heard of zombies.