Are They Born or Made? 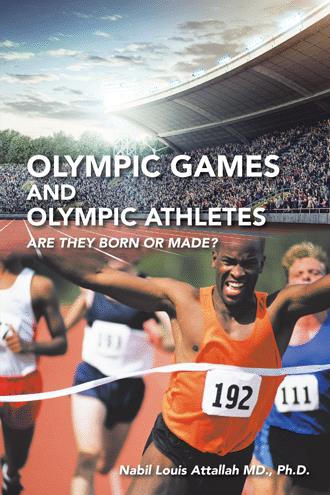 Olympic Games are unique occasion where the best men and best women from all nations, all ethnic groups, and all shapes gather in one place to compete for top human achievements .This book tells the history of the games since its start in ancient Greece 700 years BC. till 390 AD and stopped by the rise of Christianity which out-lawed these pagan festivals .Ancient games were a combination of religious , sports , and recreation festivals, during the games all military actions stop and an Olympic truce is enacted. The first modern Olympic Games returned to Athens in 1896. It’s evolution over the years has created numerous challenges including boycotts, bribery, doping, administration, mass communication, commercialization, and terrorism. The main goal of Olympics is to introduce Olympism , which help in promoting peace through sport which require mutual understanding ,solidarity, and fair play. This book describes the common sport terminology used, lactic acid and it’s oxidation, power house in mitochondria, effects of hypoxia and low atmospheric pressure on athletes operating at high altitude venues, as well as the adverse effects of changing the ambient pressure on athletic divers operating under water during ascent and descent e.g. nitrogen narcosis and lung damage. The book demonstrate clearly how competitors in different athletic activities differs in their trunk - limb proportions such as the differences between Africans , Europeans and Asians , African and Afro Americans have longer Limbs relative to trunk as compared to Europeans , that is why they dominate events like hurdlers, long jumps, and running in all Olympic games . These differences in body proportions are inborn and not acquired by training, and for mechanical and physiological reasons set a limit to athletic performance, however favorable training and motivation may be. It also describes the optimal body proportions needed for each athletic activity, then comes the training, and the well to excel and to achieve something never achieved before. The problems of early and late maturation among young athletes having the same chronological age and effects of puberty on performance was discussed as well as the effects of intense training on female athletes . Doping and its adverse effects on health and future of the athletes were discussed. It will help coaches to screen young athletes in schools and to select those for training in specific events which suits best their inborn body proportions because athletes are born and made. The book will appeal to physical educationalists, human biologists, medical students, parents, coaches, and teachers in schools, even to the lay man may found the book interesting and stimulating.

Dr Nabil Louis Attallah , MD, Ph.D ( London), Professor of Embryology , Child Health and Growth at the Faculty of Medicine Alexandria University , Egypt . He studied at the Department of Growth and Development , Institute of Child Health, University of London , the leading centre for growth studies in the world under the Immortal Professor James Tanner ,the greatest pioneer of human growth of his time . For 45 years he worked in many fields , ministry of health hospitals in rural Egypt , in the front lines during the middle east war , engaged in teaching , and research on growth of children in UK ,Egypt , Sudan, and Saudi Arabia . He was a consultant with the USAID and the International Population Council to improve the maternal child health in Egypt and a consultant at Dahran Airbase Hospital in Saudi Arabia . Dr Attallah published several books and papers on growth of children in different populations , he is a contributor to the great book ( World Wide Variation in Human Growth ) published by Cambridge University Press. He has been awarded a certificate of merit from Egyptian and Sudanese high command and saudi armed for Dr Attallah and his wife Dr Magda Girgis, who is a consultant intensivist FFARCS, live in Cairo , Egypt.