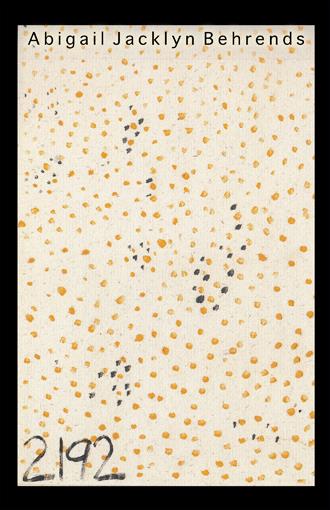 The year is 2192, and planet Earth is in a dismal state. When one looks around the vastness of the oceans and seas, across the rolling valleys, and gazes up to the sky, nothing is as the pictures showed only 150 years ago. Everything is much more polluted and darkened. With as many efforts made by humans the world around, inventions were not realized quick enough for long term sustainable human habitat. That is, except for two ideas—CITS and the bubble cities.

CITS, Country in the Sky, the secret operation only SAGE, Servicers as Government Entities, and the CITS staff members have created and implemented over the past 30 years, is ready for deployment. The CITS Overarching Committee working as diligently as possible is ready to put Operation CITS into action and very soon. In working with Batch Number 234, one of the last batches before the realization of CITS, the CITS Overarching Committee is piecing the remaining elements together before the final selection for the new planet designed and created by this global committee with SAGE and the CITS staff members from each country.

Yet how are the select few who are offered a slot on CITS making such a large decision to relocate? Is CITS really the utopic location it has been described as, or would the reality of having to leave one’s family and friends permanently for a new world, with no chance of ever seeing them again, be worth the tradeoff of being the first generation to reside on the human-made planet, one that is only the size of Rhode Island, USA? How much sacrifice would actually have to be made for such a change of life?

The Jones, Mohammed, Ramble, Nguyen, Johnson, Kilanoko, and Johannesburg families are some of the USA citizens from Batch Number 234 who may need to make such a decision. Yet it isn’t as easy as getting invited to Washington, D.C. for a few days visit, for reasons initially unknown, that will solidify these families’ slots on the new planet.

With only about 10,200 individuals accepted to CITS from each of the countries globally, the selection process for CITS undergone in each country is a rigorous one. Two solid days of physical and psychological testing while gaining information about CITS only bring all the participants one step closer to potential selection.

If not, there are always the 12 bubble cities, the secret, impenetrable bubbles each about the size of New York City, discreetly located around planet Earth for those who either do not get selected for CITS or choose not to reside there. Whether the families selected for CITS choose to reside on CITS, in a bubble city or continue on their own life paths on planet Earth comes down to many controlled yet many uncontrolled variables.

Abigail Jacklyn Behrends is a United States’ citizen who was born and raised in the state of Wisconsin. She obtained her BA degrees in Cultural Anthropology and Psychology with a certificate in Women Studies at the University of Wisconsin- Madison in 2002. Late in her undergraduate career she attended an experiential learning study abroad program called Semester at Sea, which was a ship in the spring of 2001 that traveled to 12 different countries on four continents. During this time, she discovered her love for photography, as a result her photography work has been displayed at locations such as the National Press Club, the Andy Warhol Museum, Laguna Beach, CA and independent solo photography shows at galleries in her home state and state of Minnesota. Her current photography shows are a visual anthropological examination focusing on women’s empowerment in Asia. Her photograph has been published in a book titled Changing Perspective: The Semester at Sea Experience.

She has also worked for the State of South Dakota and the State of Wisconsin focusing on Archaeology. In addition, her love for photography brought her to become a Photography Researcher, co-leading a team in the archiving of approximately 15,000 personal family photos and documents for the Robert and Ethel Kennedy family, where some of the photos were used in the five Emmynominated documentary film Ethel.

Abigail Jacklyn Behrends has lived in Wisconsin, Minnesota, California, New York, Vermont, South Dakota, and Arkansas while in the USA and Thailand, Malaysia, and Vietnam while abroad. While living in Vermont, she obtained her MA degree at SIT Graduate Institute, called Intercultural Service, Leadership, and Management. She did her MA thesis work with the Karen Women’s Organization in Thailand then subsequently wrote the thesis, “An Examination of How Refugee Resettlement Affects the Experiences of Karen Female Refugees that Remain on the Thai/Burma Border,” which is published electronically at the SIT Graduate Institute Library.

She is a LGBTQ rights advocate and currently pushing to have the Equality Act passed.

2192 is her debut fiction, the first of a trilogy, yet she has written many more novels, short stories, and poems she is also looking forward to publishing in the future.