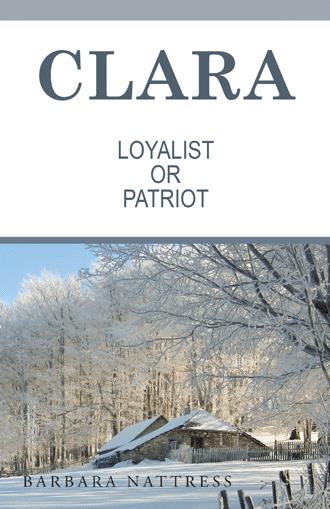 Clara awoke to loud voices just outside her bedroom window. There seemed to be several men all talking at the same time, but she was unable to determine how many. The first light of dawn was just staring creep above the eastern horizon so she knew it must be about 7. She quickly got out of bed and dressed in her warmest clothes not knowing whether this was the day she would have to leave the warmth of the house forever. As Clara opened her bedroom door, Mrs. St-Pierre was hurrying along the hall towards her. “Quickly Clara, we must leave right now. Go to the barn and hitch the horses to the cart. Louis is out there already and he can help you. I am getting the younger children ready to leave. The soldiers are just a few miles away and if we stay here we will be killed or taken prisoners.” Clara grabbed her coat and boots, her small packed suitcase and ran out of the house. She saw about ten or twelve men at the side of the house, all carrying guns and talking loudly, they must have been the voices outside her window. They were still all talking at once so it was difficult to hear what they were saying, but the words soldiers kept being repeated. She recognized Mr. St-Pierre, her older brother Sean, and some men from a neighbouring farm. She knew it must be serious as these men were usually attending to farm chores at this time of the morning. When she reached the barn, Louis had the harnesses on the horse and was just hooking them to the wagon. “Jump up into the seat and take the cart to the front of the house and wait for Mrs. St-Pierre,” said Louis. “She will tell you where you are to go. But you will have to drive as fast as you can to get away from the soldiers. Do not go near the river as the messenger says the British have crossed near St-Antoine and have met up with another unit coming down from the north. You know how to drive the wagon don’t you?” “Yes I have done it several times,” replied Clara. She hoped her voice sounded more confident than she felt at that moment. She had driven the horse pulling the cart a few times but at a much slower pace than she suspected she would be taking it today. Clara managed to guide the horse out of the farm yard around the corner and up to the front of the house just as Mrs. St-Pierre was ushering the three young children out the door. They all looked very frightened and still somewhat sleepy. Marie, the youngest at just 3 years old was crying and almost being dragged by her older sister. Mrs. St-Pierre climbed up to the seat beside Clara after she had arranged the children in the back of the cart. “Sit close together and hang on to each other and keep low, Marie stop crying and hang onto your sister. Clara drive as fast as you safely can toward St-Charles,” she ordered. The partially frozen road was very bumpy but at least there was no snow on the ground. Heading into the wind brought tears to Clara's eyes and her thin woolen coat certainly did not keep the chill away from her body, The heavy grey sky promised more cold and probably snow by the end of the day, but the small group had no choice but to leave their home and find shelter in a safer place away from the advancing soldiers. “How far will we have to go to be safe?” asked Clara. Mrs. St-Pierre did not answer but just shook her head. Clara had many more questions but this was not the time to ask so she concentrated on the bumpy road, her driving and taking an occasional glance across the field toward the river running parallel to the road. They had travelled several miles along the road when what looked like a group of people appeared ahead of them. It did not look like soldiers in uniforms and some of the group were smallish like children. “Should we stop? Do we know who they are?” “I believe they are from the village to the west of us. Yes it is the Bisset family. Stop the wagon Clara,” said Mrs. St-Pierre. As they pulled alongside the straggly group, the two women recognized each other and seemed relieved they were friends rather than enemies. “Where are you headed,” asked Mrs. St.Pierre? “We were told to go toward St-Charles as the men seem to think it will be safe there for now,” answered Mrs. Bisset.” Could you give us a ride?” “Certainly. Everyone get in the back of the wagon and keep low,” said Mme. St. Pierre. “Please hurry as we have a long way to go.” With 5 more people in the wagon, it was quite full. Clara hoped they would not meet any more groups of people on the road trying to escape as there was no more room and they would have to travel at a slower pace so the horse would not tire. 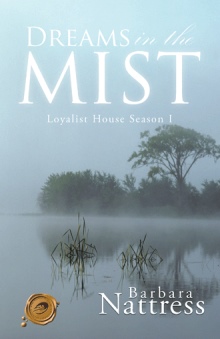 Dreams in The Mist
Barbara Nattress
$13.42 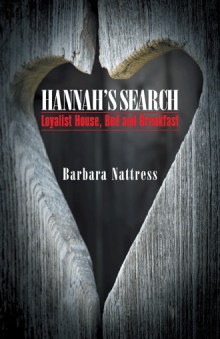 Clara must drive the horse and wagon as fast as possible to escape the fighting near their home. Having left her home in Ireland to find a better life and then losing her parents to cholera, Clara once again sees her life possibly changing for the worse. She still isn't sure whether it is better to remain a Loyalist or become a Patriot. Barbara Nattress enjoys writing about the struggles experienced by the people who came from other countries to settle Canada. Her ancestors came to Upper Canada in the late 1700's and fought to keep that part of the country Loyalist. This is her third book about Loyalists and this time includes the Patriot struggles of 1837. Dreams in The Mist and Hannah's Search retell the hardships of Loyalists during the War of 1812.