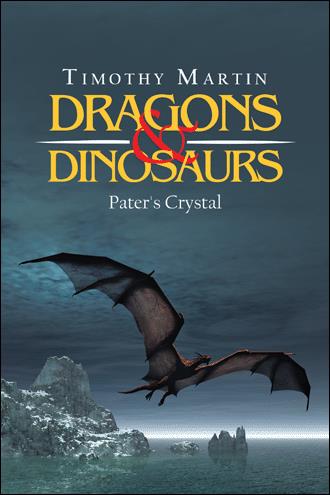 I awoke in a strange bed, dressed in nothing but a hospital gown. Looking out the window, I could see fog and what looked like a highway in the distance. I could see, by the fact of vehicles appearing to be driven on the wrong side of the road, that I was back on my old world or somewhere similar. A doctor walked into the room and I could see a British bobby standing guard outside the door, so obviously I must be somewhere in Great Britain. The doctor said, “Good to see that you are up and around; the police and I have some questions as to how you got here.” “Well, for starters—where is here?” I said, and the doctor frowned, replying, “Liverpool Hospital. You were found on the shore near Holyhead. We took your fingerprints while you were asleep, which has been a nap of a couple of days.” “You know who I am, then; so the question is how I got to England from Northern Washington State,” I said, looking at the doctor. “Yes… well, I will get you a dressing gown and slippers; then you can answer some questions for some gents from Scotland Yard. I will not make you tell me once then have to tell it again,” the doctor said. Once the door closed behind the doctor, I stood looking out the window. I debated on how much to tell the doctor and the detectives from Scotland Yard. If I told the truth, they would think I was certifiable. If I lied, I didn't know what the results of that would be. It was hard to say how much I could get away with, until I could get back to Rose and Sylvia and everything I held dear. I didn't even know for sure if I was ever going to make it back to them. A nurse returned with a housecoat and a pair of slippers, so at least I was not hanging out in the wind, so to speak. As I turned toward the open door, something black and tan moving by the window caught my eye, but when I looked again it was gone. I prepared myself to spin the yarn of the century, knowing that if I told them the truth I would be locked up in the loony bin for a long time coming. I was escorted into a small room where the doctor and two plainclothes detectives, whose name tags read Rawlings and Smith, were sitting there waiting for me. We went through the whole deal, including full name and address, what day of the week it was, and who was the U.S. President. The only questions I could not answer of course were those dealing with the current date, since the dragons did not keep track of dates, but rather just of seasons. I went through my story, telling them that the last thing I remember was a car crash in the woods in Northern Washington State. Detective Rawlings asked in a demanding voice, “If that is the case, Mr. Martin, where is the wreck of the vehicle? Also, why were you rambling on about dragons and all sorts of mythical creatures in your sleep?” “I don't know what to say other than the truth; the vehicle was where I left it last. Maybe one of the creatures out of my dreams stole it and drove it away,” I chuckled loudly. “I don't believe you,” Detective Rawlings said in a commanding tone. “That's funny. If you can find a plausible excuse for how I was able to get overseas with nothing on but some nightclothes...” I said, looking directly at Rawlings and his partner. “We have a court order here, Mr. Martin, holding you for a psychiatric evaluation, pending deportation back to your authorities in the United States,” Rawlings said with an irritating smile. Chapter Four: Gizmo Saves the Day—Again I was escorted by a couple of burly male nurses to a secure room in the South wing and locked in a room with bars on the windows. Late that night I heard scratching at the glass outside my room window. Looking out, I could see Gizmo fluttering around. I quietly opened the window as much as I could. A sturdy chain was wrapped around the window bars and attached to a dragon waiting nearby. It was an old building and did not take much of a pull to open a very large hole in the side of it. Just as I was standing to step through the opening, a male nurse stepped in. “Any chance of getting an extra blanket? With this large hole it is a little cool in here right now,” I said jokingly to the male nurse. The first sight of a dragon the male nurse got did him in, and he fainted away, dead to the world. Alarm bells were ringing in the hospital, as power must have been cut by the tearing out of the wall section. As the doctor had given me something to sleep, I was feeling very unsteady on my feet. Lady Gizmo was prepared for this eventuality, and several dwarf warriors carried a stretcher for me. Meanwhile, Gizmo was keeping up a mile-a-minute cursing streak about Cerebus and playing dirty tricks on master mages. Gizmo said, “There are many portals in the area at this moment, and it is in enemy territory. We have set up inside of a large barn for you to rest and recover, while the dragon Kali was available to help for a few minutes. There is a large portal big enough for Kali a few miles out to sea.” “Who is here beside you, Lady Gizmo?” I asked. “No one from our people; Elijah would only allow a certain few to offer themselves up to help; these dwarves knew this might be a one-way mission. So, all are volunteers. Some are from the dark elf prison to redeem their honour,” 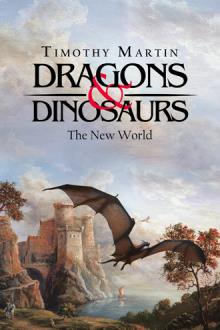 Jim is a small-town police officer, proudly doing his duty like any law enforcement agent would. When a call comes in reporting the grizzly deaths of several animals from a local farm; Jim begins an investigation that will change his life forever. After crashing his vehicle following a bloody trail in the woods , he wakes up and realizes that he is not only lost, but he's in a dangerous land where dragons, dinosaurs and magic exist. Jim's continuing adventures as he helps to ensure the future for the family he is building. A fast paced adventure filled with dwarves, elves, & dragons. From the cold and snow in the North to the depths of the oceans in search of the legendary dragon crystal which might give Jim just enough power to defeat the deadly Malum and the evil wizard Chavez. He relies on his training and survival instincts to continues to cheat death. Will he finally be able to balance the power before the dark forces take over. An evil wizard and the creatures he has aligned with must be destroyed before they bring ruin to the entire world he has grown to love. This world has waited for a long time for someone.... a leader . . . . a hero. Can Jim be this person? Things certainly are heating up in more ways than ever expected!

Timothy was born in Chilliwack, BC in a military family. Even at a young age, he found his escape by reading science fiction and fantasy books, taking him to a place where he could dream of being a hero. Upon completion of school, he started his career as a RCMP officer. After much success and 25 years of service, Timothy is now retired. He suffers from Post-Traumatic Stress Disorder and finds that writing gives him an outlet, helping him deal with this debilitating disorder. This is the second novel in the Dragons & Dinosaurs universe continues with his wishes to share his passions for this genre of fiction with others. He now resides in Grand Forks, BC with his wife of 35 years and his service dog Hunter. You can reach Timothy at timothysdragon@outlook.com