In Search of the Kingdom 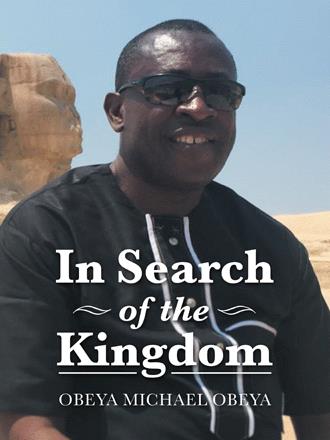 Do you find yourself in conflict between reason and faith? The author published this book in 2020 to help answer deeper questions about Faith, Religion, and Society. Anyone can read this book regardless of your religion and learn something new about the Christian Faith. The preface has a brief synopsis of the author’s own physical and spiritual development and goes on to describe the history of religion pointing out a uniformity in the origin of all religions. You will discover that the origin of the Nile River in central Africa is the beginning of the history of organized religion. Even the so-called origin of civilization, Egypt, looked continuously toward the south to the Twa for the performance of certain rituals that only the Twa could perform. The author shows that all religions and their ceremonies were foreshadowing the coming of a Messiah. This Messiah is Jesus Christ. Using evidence from science and social sciences, the author quotes extensively from scripture to show that Jesus is the Christ as expected in all religions and among all peoples. This book provides you with a starting point for diving deeper into an intimate relationship with God. This book is perfect for skeptics, critics of the Christian Faith, and faithful believers in Jesus Christ. Regardless of your perspective on Religion, you will learn something that will inspire you. You will want to keep this as a reference book for your future Bible studies.

ABOUT THE AUTHOR Obeya Michael Obeya has a Degree in Philosophy and Religion from Morgan State University, USA. He also holds an MBA in Finance from Walden University, USA. He grew up in Benue state, Nigeria. He is a natural leader of people and they gravitate towards him in any endeavor he leads them. He has a passion for giving people from all backgrounds the opportunity to experience an encounter with the living God. He is a minister, teacher, father, brother, son, uncle, and friend. His ministry is worldwide with followers in Canada, Ethiopia, Nigeria, the United Kingdom, and the United States.