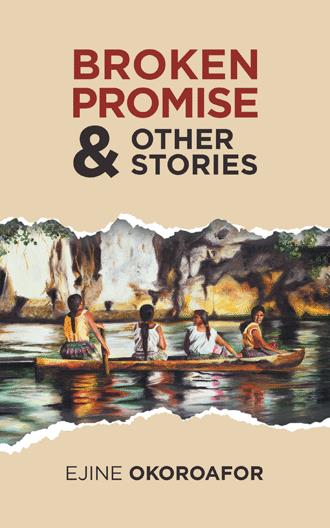 The fateful day when I met Maryam, I and my friends were sitting on the bridge, idly throwing pebbles into the water. We did not have any immediate plan of action in mind. After running out of my pile of stones, my gaze was unwittingly drawn to the sloppy hill. I observed the sunset bathing a twilight shadow at the tip of the hills leading down to the river basin.

As if on cue, Maryam had appeared or rather her shadow was illuminated. She seemed ensconced within the center of the disappearing orb and surrounding halo. The contour of her shapely body was outlined in the shadow. She looked like a sun goddess.

I was mesmerized by her shadow as it loomed nearer, and the rest of her features gradually became clearer and more prominent. She walked effortlessly despite the unaided empty bucket on her head, an art perfected by most ladies. The special roll of padded cloth underneath the bucket and the strategic slight tipping to the side of their heads helped secure and prevented their buckets from toppling over.

Maryam gingerly made her way downhill, swinging her arms to the gentle sway of her body as we watched.

I did not recognize her face as she drew nearer but was uncannily drawn to her all the same. I would have surely recalled that face if I had met her before, I mused. It was evident to me that I had never met her as she approached us.

Everyone knew everyone else in my hometown, so who is this stranger?

I continued to stare at Maryam as she drew even closer. She looked different. She was very dark skinned and doe eyed. She bore facial marks, two faint long lines on either side of her cheeks. Our people do not typically bear tribal facial marks.

She wore a loose scarf on her head with her short natural braids sticking out. She was dressed conservatively, although her short-sleeve blouse still accentuated her pert breasts. Her skirt was long.

Her walk slowed as soon as she noticed our roving eyes on her. Her gait became less assured. I flinched, watching her near stumble, just as her empty bucket was tipped off her head.

Maryam managed to catch her bucket timely enough before it could hit the ground.

My boys roared in laughter, but I refused to join in as usual. I felt protective towards her instead.

She held her bucket in her hand now as she hastily walked past us on the bridge and descended the slope to the riverbank.

We turned around and continued watching her. I noted that her midi skirt was unable to conceal her tiny waist or the wiggle of her well-rounded buttocks.

Ndudi catcalled her while I made a playful jab at his ribs, warning him to stop. My friends were surprised at my reaction, given that I was usually the most boisterous of them all.

I asked. ‘You mean that you don’t know her?’ My boys did not believe me.

‘That’s why I am asking.’ I was irritated at their delay in answering. How come I did not know this divine creature? I prided myself on knowing all the pretty ladies in my hometown and have dated quite a few in my time.

I learnt then that her name was Maryam. She and her family had recently relocated back to our town. They had used to live in the Northern region of our country but were currently on exodus. They had managed to escape alongside other Easterners forced to evacuate from their former homes and livelihood. This was because of growing hostility from some of the local Northerners and rebel Muslims, agitating to turn the Northern states to purely Sharia-law governed Muslim states. They were also attacking Easterners or Ibos and mainly Christians, looting and setting fire to their homes, churches, and marketplaces.

Most Easterners were therefore forced to evacuate and relocate back to their respective hometowns. Maryam and her family were similarly affected and had returned to resettle back home at Oguta.

That explained it. She was new in town. I immediately resolved to introduce myself to her.

We continued watching her as she hitched up her skirt and waded into the river, and towards the marshes to scoop fresh water into her bucket. As she began dragging her bucket filled with water back to the banks, I quickly rushed to help her raise and balance the bucket on her head.

‘Thank you.’ She stated in a rather timid voice. She had not really needed my help.

Her accent was noticeably different. She sounded Hausa-like, pronouncing her “T” more like a “Z”. She seemed embarrassed to have me standing so close to her.

‘Do you know how to make kwili-kwili?’ I enquired; half in jest but at the same time, indirectly indicating that I knew of her Northern roots. ‘You like kwili-kwili?’ She returned before bursting into a hearty melodious laughter, causing some of the water to spill out from her bucket and spurt her blouse.

‘Yes, so you will make me some’. I suggested.

‘I will come and get it from you.’

‘Okay.’ I concurred as we sealed our deal.

The boys would not stop teasing me after Maryam departed. They wanted to know what I had said to her to make her laugh so heartily. I refused to oblige them. They were stunned that I was keeping a secret and that Maryam seemed to have easily responded to my charm. She was always evidently very shy, they said. She would usually hurry away or break into a run to escape being courted or accosted, whichever the case might be.

I met up with Maryam at the marketplace a few days later. She was assisting at her mother’s stall and selling food products. She had started giggling as soon as she saw me appear. I was glad that she remembered me.

I quickly reminded her of the kwili-kwili that she had promised me. She boldly asked where and when I wanted them.

We met up at the village square the next day. She passed me a paper wrap of multiple kwili-kwilis. I munched eagerly on the small crunchy and tangy peanut bites, a peculiar northern delicacy. I asked if she had made them herself and especially for me. She initially pretended that she had, before admitting that she brought them back with her from Benishiek, where she had used to live in Bornu State.

I enquired shortly why she bore facial marks and why her name was Maryam; both traits were more synonymous with Northern or Hausa culture than our Igbo culture.

She explained that she was named after her mother’s best friend, a Hausa lady, named Maryam. She was unintentionally branded while accompanying Maryam’s daughter, Fatima, who was her best friend too as she was getting her tribal marks. Maryam’s parents were infuriated when she returned home that day bearing two fresh and sore vertical tribal marks on her cheeks, but nothing could be done about them by then. 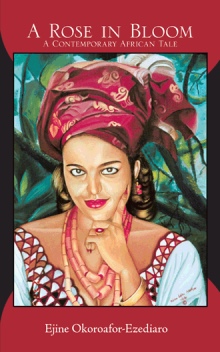 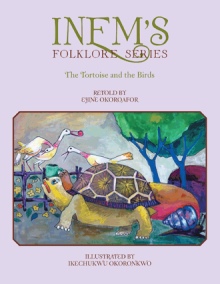 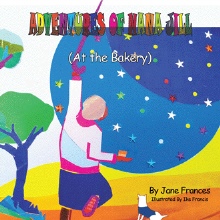 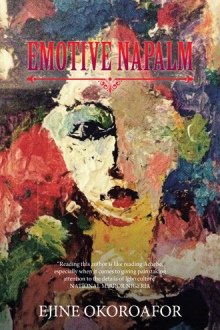 ‘Reading this author is like reading Chinua Achebe, especially when it comes to giving painstaking attention to the details of Igbo culture.’ National Mirror, Nigeria. Ejine Okoroafor, the acclaimed author of A Rose in Bloom, and its’ sequel, Pathos of A Wilting Rose, serves a delectable short stories collection. While sustaining the fast dying genre of short stories, she pays reverence to her beloved hometown, Oguta and tells the immigrant’s story. A masterful storyteller, with her unique and unassuming style, the author easily holds the reader spellbound through a riveting love story, heart rendering broken promise, the poignant orphan story, and the universal immigrant saga. They are chronicles of the present time and of the old, of love and betrayal, of arrogance and humility. They are epiphanies of our lives.

EJINE OKOROAFOR is a novelist and practising MD. She originally hails from Oguta, Imo State, Nigeria. Her flair for writing prose and poetry stems from childhood, and subsequently culminated in the publication of 6 books including 2 novels(A Rose in Bloom & Pathos of a wilting Rose); 2 poetry books(Whimsical Rhapsody & Emotive Napalm) as well as, 2 Children's books( Inem's Folklore Series & Adventures of Nana Jill). Some of her poems have also been published in the Anthologies, Twilight Musings, Songs of Honor and other sites on the internet. Besides her literary pursuits, Ejine is a renowned traveller, who deems herself extremely lucky, to have lived in NIgeria, Ukraine, United Kingdom and currently residing in the USA, as well as visiting over 20 countries around the world.