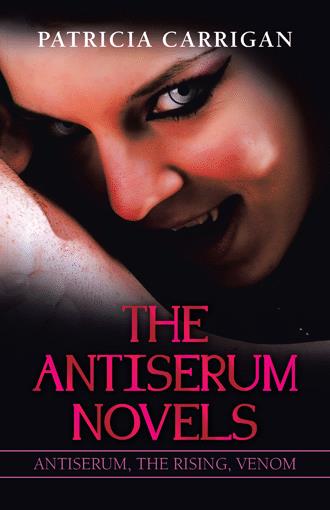 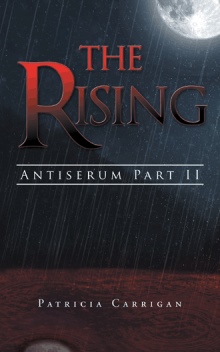 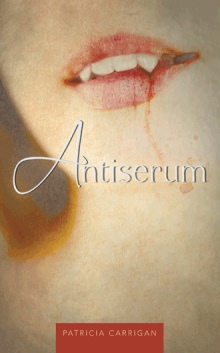 “In her debut books The Antiserum Novels, author Patricia Carrigan creates interesting and relatable characters that Stephenie Meyer would be proud of, in an intertwining tale of vampires that spans centuries. The Antiserum Novels is a sexy, fun, and fast-paced series that goes from the innocent teenage drama of high school to a timeless tale of love, lust, and loss. Take the time to sink your teeth into these books – you won’t regret it!” — E.S.Brown, author of VAMPOCALYPSE and CODENAME: SCARLETT In this world, there are people who are born as Genetic Vampires, and those who are turned into what is known as a Bitten Vampire. Unfortunately for Jocelyn, she didn’t know that either of those existed until she Shifted. Now, she’s faced with even bigger problems than getting through high school and college like a normal person - she can read minds, one of the oldest vampires in history is trying to track her down, she can’t stop herself from wanting blood, even when her body doesn’t need it. Worse, a rogue group of Bitten Vampires are trying to end the race of Genetic Vampires all together, and her heart won’t stop getting in the way. All she wants to do is focus on her next meal, but it can’t be that easy right?

Patricia Carrigan is a young woman who resides in California where she works as a retail manager and a dance teacher. She found her love for writing as a pastime in the summer of 2010, producing Part I of the Antiserum Novels at the age of 16. From there she continued her writing for Part II, The Rising. After many years of having to put writing on hold, she is beyond happy to finally release Part III, Venom!