The Mysterious Kerfuffle of Harry Breen

The Triumphant Return of Harry Breen

Once upon a time, there was a country named the “United States of America.” In not-too-past times, this was a very proud nation. Sadly, the country’s political parties constantly fought one another and the welfare of the people was secondary to their political power best interests….so that the only outcome that mattered was getting reelected. The year is 2001(CE). What’s “CE,” you ask? “Common Era.” No longer do we use “BC” or “AD”. We must all be politically correct, didn’t you know? And please keep your thoughts to yourself, but if you’re a conservative thinker and you agree with “me,” a liberal (now called a progressive), then you’re OK. If you disagree with my liberal point of view, then you don’t know what you’re talking about! There are not 2 sides of every coin. There are only liberal sides! “Give to Caesar what is Caesar’s. Give to God what is God’s”! For a liberal, there is no God, but there sure as hell is a Caesar---with a Capital $$! And so our fable begins. 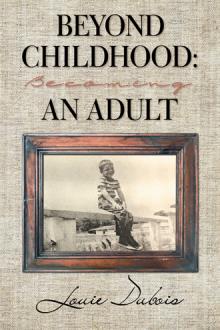 Disturbed about current rulings from the Supreme Court, several Wall Streeters want 2 liberal justices eliminated. Down on his luck, Harry Breen overhears the conversation and offers to "assist." Liberal and conservative ideas are floated throughout the missive. A sequel continues the rise of Harry Breen from the ashes and his final guilt-free sojourn to personal freedom.

“Born and raised in NYC and formally educated by the Jesuits, I was employed in both large and small corporations domiciled in NYC. Work ethic and political views were initiated early as a teenager, I tried to hone these beliefs later in life…, and I am still learning. My relaxation moments were the world of competitive sports and family interactions.”