Behavior and the Geometry of the Brain 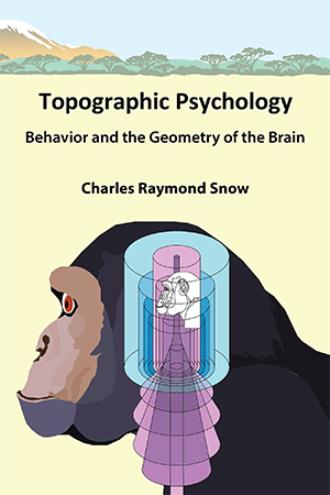 Topographic Psychology is a non-Freudian theory of behavior that conceives of the brain as a world model. The biological mission of this model is to transform sensation into movement in a way that promotes survival. Inhabiting the brain’s central axis is an artifact called the self object that represents the brain’s owner. Both the brain and the self object comprise five neural layers that are nested, one within another, like the hollow wooden figures in a set of Russian Dolls.

Contemporary psychology believes that there exists an entity, called the mind, whose task is to deliberately control the body. This entity is said to inhabit a dimension that's separate from the physical reality that's occupied by the brain. Were this to be true, then it might be possible for the mind to survive the death of its owner and be imported into another biological or mechanical body, or be elevated into some metaphysical plane. Topographic psychology dispenses with the concept of the mind. Instead, it asserts that the brain is a biological machine that uses an internal world model to transform sensation into movement. This idea renders superfluous the concept of mindedness, and enables human and animal behavior to be calibrated against evolution.

A world model largely consists of topographic maps. Among these are a map of the proprietary territory of the brain’s owner and a map of the owner’s bones and muscles. Although the territory exists in the outside world, while the organs exist in the internal world of the body, to the brain, both maps represent pieces of the same reality.

Inhabiting the model’s central axis is a neural artifact called the self object, which serves within the owner’s thinking as a proxy for the owner.

In order to promote its owner’s survival, a world model reacts to events in the external world by cycling the body between three physiological states. There are three such states, violence, sex, and work, each of which reconfigures the body so that it can optimally respond to a threat or opportunity.

Charles Snow has a master's degree in mathematics, was a recipient of a summer fellowship from the National Science Foundation, and has published three feature articles on computer programming. He lives in Nashua, New Hampshire.