by Jack B. Walters 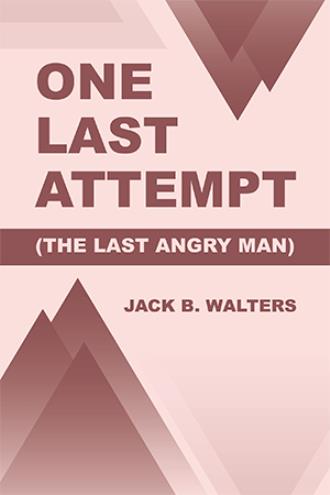 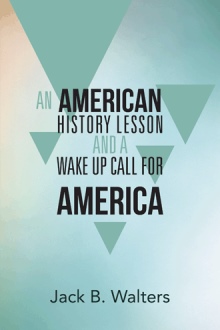 AN AMERICAN HISTORY LESSON AND A WAKE UP CALL FOR AMERICA
Jack B. Walters
$14.66

It has become impossible to resolve the many serious problems we face in America. My token efforts in this book details the issues as I see them. Whether you agree with me or not, at least give me the credit for devoting the last twenty years of my life trying to make sense out of it all and proposing solutions. I did not do it for financial gain but as an American who reveres our heritage and hopes we can find a way to pull together and once again be that shining city on the hill.

I graduated from the University of Buffalo in 1954. I joined The Firestone Tire & Rubber Co. and worked for Firestone for the next 28 years. I was promoted to the position of Plant Manager for three ever larger plants ending my career at the Des Moines, Iowa plant in 1982. A few months later, I was invited to be a member of newly elected Governor Terry Branstad’s staff as the Director of General Services. I served in that position for 8 years. When my wife died suddenly in Feb., 1991, I resigned and have been retired since that time. Two projects stand out as my favorites. The first was the design and construction of a new $25 million dollar Historical and Library Building. The second was starting and completing 35% of the exterior restoration of the State Capitol Building. I retired to Tucson 20 years ago. I am an outdoor enthusiast. I belong to the Southern Arizona Hiking Club and just before my 70th birthday I completed the 315 peaks award which at that time was the highest award given. These peaks were within 75 miles of Tucson. Later a new club goal was established at 400 peaks. The distance from Tucson was increased to 100 miles. This added several new mountain ranges. I accomplished this goal just before my 80th birthday in April 2008 .On November 2, 2009 I achieved my final goal of climbing 1,000 peaks. Since there are only a little over 400 recognized by our club, what this means is that a number were repeated. I got them mostly by leading others. I enjoyed that as much as when I did it just for my own goal. I am sad to report that I can no longer hike. My current exercise consists of walking around our neighborhood for 20 minutes or so. At least I am able to do this. As to my other love golf, for the past year all I have done is play nine holes with my friend Doug Morris. A few months ago we decided that to continue was useless, as our abilities were depleted to the point it was useless to continue. We donated all of our equipment to a golf course who gives them to children. I started writing in March, 2003 when I purchased my first computer. My first book, “The Life and Times of Jack B. Walters” was essentially my recollection of important events in my lifetime. After finishing the story portion, I decided to add letters I had written during those years, to explain as best I could what I believed, so that the reader would know not just the events but my beliefs as well. While I was concentrating on my biography I was also composing articles of general interest relative to our country. Some were published as editorials in the Arizona Daily Star. I decided to collect them and put them in my second book. I entitled it “The Last Angry Man” because most are very negative as I railed at the lack of leadership from the major parties. These were written between 2003 and 2006. As discouraged as I was, I believed I would just stop there but I didn’t, I continued to write and published my third book. It was entitled “Still Angry”. It contained articles from 2006 to 2010. It began during the final years of President Bush’s Administration. It ends at the start of President Obama’s second year in office. The fourth book was entitled “An American History Lesson and a Wake Up call for America”. It covers the years starting in 2010 and ending in 2013 with two separate sections, one about history books and the other books about Islam. This book continues my effort to put into print concerns about the continuing deterioration of our country. It begins on 9/22/2013 through 9/28/2022. I fully understand the futility of trying to make a difference. I had hoped from the beginning that I could get my messages out to the general public. The cost to advertise is outrageous, particularly when there is no profit motive, so with only a few exceptions all copies were given to friends and family, always with the hope they might agree and share thoughts with others. There is one thing you should know, that is that my writings are not politically correct. I do my best to say it as clearly as I can. Read, analyze, discuss and do something for your country.