Why the Bible Is So Hard to Understand ... and tips to understanding it 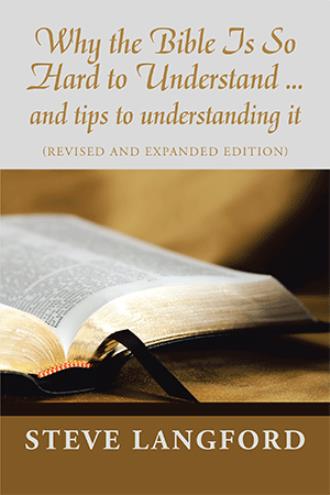 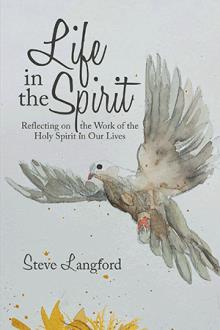 Life in the Spirit
Steve Langford
$13.99 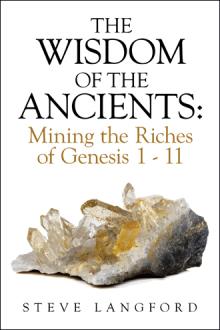 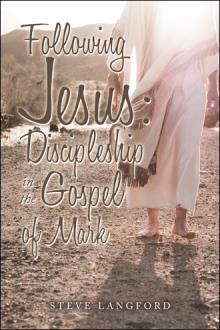 Following Jesus: Discipleship in the Gospel of Mark
Steve Langford
$20.99

The Bible continues to be a source people turn to in their hunger for God. Yet, the Bible can be a challenging, confusing book to understand. In Why the Bible is So Hard to Understand…and tips to understanding it, author Steve Langford explores the challenges readers commonly encounter in reading the Bible. The first challenges Steve identifies are those found within how we naturally, unconsciously read the Bible. Then he addresses the Bible’s nature as sixty-six different books written from an ancient, near-Eastern, pre-scientific perspective. He then offers a simple model of interpretation that guides the reader in unwrapping the spiritual truth from the human “wrapper” used to deliver it. The model is followed by guidelines for using it. Two bible studies are included, one of Jesus walking on the water that illustrates how to use the model and one from the life of Peter that outlines the process of spiritual growth that is prompted as we read the Bible. The book also offers guidelines for exercising spiritual discernment and for praying the Bible using the practice of lectio divina. It presents an outline of biblical history that helps the reader put each of the six-six books in its historical context. It ends with theological reflections on God’s eternal redemptive purpose, the kingdom of God, and the church.

Author Steve Langford, also known as Pastor Steve, is a spiritual guide who has given his adult life to the study and teaching of scripture in the local church. Within the churches he has served and the religious communities in which he is involved, he is known as a gifted teacher who does not shrink from prophetically proclaiming the truth of scripture. He retired in 2019 after 50 years of ministry as a pastor. He is a lifelong student who earned degrees in biblical studies from Howard Payne University (BA) and Southwestern Baptist Theological Seminary (MDIV and DMIN). For the past two decades, his post-graduate studies have been in Bowen Family Systems Theory with an applied focus on spiritual formation and leadership in the local church. Dr. Langford and his wife of over fifty years have three adult sons and four grandchildren. He is the author of seven other books: A God-Shaped World: Exploring Jesus’ Teachings about the Kingdom of God and Its Implications for the Church Today (2018); The Fruit of the Spirit: the Path That Leads to Loving as Jesus Loved (2019); Discovering Your True Self: A Guide for the Journey (2020); Wisdom of the Ancients: Mining the Riches of Genesis 1-11 (2021); God’s Plumb Line: Aligning Our Hearts with the Heart of God (2021); Life in the Spirit: Reflecting on the Work of the Holy Spirit in Our Lives (2022); Following Jesus: Discipleship in the Gospel of Mark (2022).