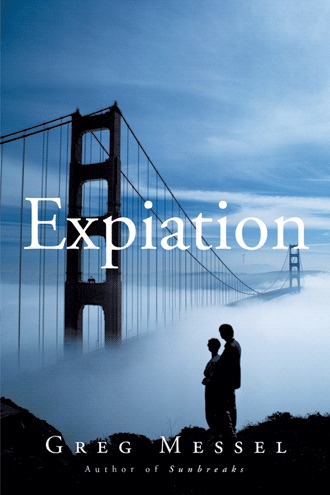 Shortly after she left, Katie emerged from the guest bedroom wearing blue silky pajamas and socks. She looked fabulous. “I hate for you to see me like this but I had to walk from your guest bedroom to the bathroom. Then I realized that I forgot my robe,” she said. “Too bad you didn’t forget your pajamas too,” I teased. “Yeah, you would have liked that huh?” she said. “Yes, I would have. And by the way…” I said as I moved forward to hug her, “you look fabulous in the morning and feel very nice too.” I ran my hands over her smooth, taut back which I could feel through the silky pajamas. She gave me a warm good morning kiss. “How’s my lover this morning?” she said softly, “it’s so nice to see you as soon as I get out of bed.” I held her tightly and caressed her, “You know Vicki just left for the day.” “Down boy,” Katie said coyly, “there’ll be time for that. I want to see San Francisco. If someone asks me what I saw on my trip to San Francisco, I don’t want my only answer to be ‘Dan’s ceilings.’” I laughed and responded, “But I do have nice ceilings.” “Is it possible that San Francisco feels more damp and cool than Seattle?” Katie asked as she folded her arms across her chest to fight off the morning chill. “Maybe,” I said. “Both can be moist and chilly. You’ve probably heard the famous quote attributed to Mark Twain who said, ‘The coldest winter I ever saw was a summer I spent in San Francisco.’ Want a sweatshirt?” “Yeah,” Katie replied as I went to the living room closet and retrieved my official black Giants sweatshirt. “This has been a staple of my survival gear for enduring many night baseball games at Candlestick Park.” “Thanks,” Katie said as she slipped it over her head. Her blonde hair was in disarray and she wore my sweatshirt, which was about ten sizes too big, over her blue pajamas. She hiked up the sleeves to uncover her hands. “I am getting very turned on seeing you in official Giants gear,” I said. She giggled and said, “You are the one who needs a cold shower. Stop it! Besides I look disgusting right now, you need to let me get into the bathroom and begin the transformation. Then I want you to take me out and show me your city.” I released her after one more kiss and she headed for the bathroom. “Hey, you,” I called and she looked back over her shoulder at me. “You’re so beautiful.” She smiled and headed into the bathroom. It wasn’t long before the door was open again. “Do you mind talking to me while I put my make up on?” “I’ll talk to you while you shower too, if you like.” “You are a naughty boy. I’m sure if I started taking a shower you wouldn’t be talking very long.” “Guilty as charged.” I said. “You know Katie, I’m trying to fight my overwhelming lust for you right now but I’m really anxious to have a day, just the two of us, to show you the city and share it with you. Today is going to be something very special.” “I agree,” she said, “and by the way I have an overwhelming desire to attack you as well, just for the record.” “Glad to hear that.” My itinerary with Katie had been meticulously planned since I had obsessed about it for days. First we took a boat ride out to Alcatraz. I showed Katie the old prison out on the island in San Francisco Bay. I told her the story of when I rode out there as a young intern reporter and talked to the Indians who had taken possession of the island. Alcatraz provides a great view of the bay and the city. Then I took her to Fisherman’s Wharf for lunch and we strolled around the piers. We went up in Coit Tower and I showed Katie the gorgeous artwork inside the iconic tower which offered yet another spectacular view of the city. Of course we took the obligatory drive down Lombard Street, the self-proclaimed “crookedest street in the world.” As a Seattleite who was used to lots of trees, Katie loved the eucalyptus trees and the wind-blown Monterey-style cypress trees, which are distorted by the years of exposure to the brisk winds off the Pacific and San Francisco Bay. As we drove around the city I wanted to make sure I carefully timed the day for the planned finale at Fort Point. 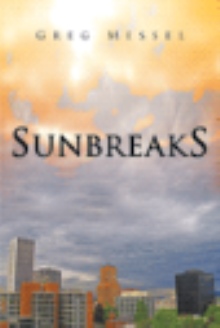 In 1968, Dan and Katie are one of the hottest couples at Ballard High School in Seattle. He is the hero football player, and she is the beautiful cheerleader. These high school sweethearts believe theirs is a love that will never die.

Life changes when Dan leaves Washington to start college at the University of California Berkeley and pursue his dream of working for a big time newspaper in the glamorous city of San Francisco. The quest for his dream occurs against the turbulent background of Berkeley and San Francisco in the 1970s as Dan and Katie go their separate ways.

Now, thirty years later, Dan is back in his hometown of Seattle attending his mother’s funeral. He’s never stopped thinking about Katie, his long-lost love. But the two former high school sweethearts reconnect in a most unexpected way as the rest of the world grows more fearful of Y2K and the dawn of the twenty-first century. They are hoping that their love, once lost, can now be reclaimed.

Greg Messel is the author of Sunbreaks. "Expiation" is his second novel and he has also written an unpublished memoir. Sunbreaks was recently featured at the American Library Association Conference in Boston and the author is doing a signing and an appearance at the Los Angeles Time Book Fair. Messel has spent most of his adult life interested in writing, including a career in the newspaper business. He won a Wyoming Press Association Award as a columnist and has contributed articles to magazines. Messel lives in Edmonds, Washington, with his wife, Carol.