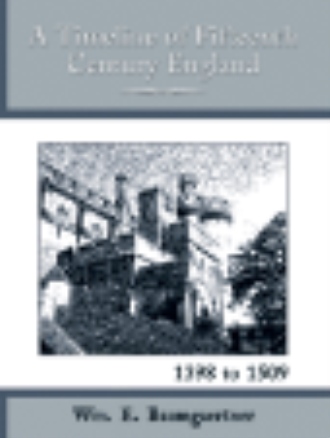 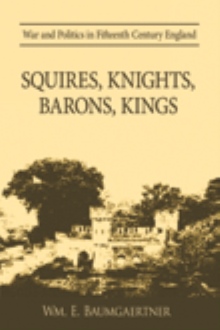 "A Timeline of Fifteenth Century England" covers the broad stretch between the Edwards of the fourteenth century, and the Tudors of the sixteenth. It begins with the Lancastrian usurpation,and ends with the death of the first Tudor King. Packed in between, the throne of England was usurpted six times, England was invaded seven times by Englishmen, several times by the French, and some dozen times by the Scots. The fifteenth century saw the last phase of the Hundred Years War -- a heroic and frustrating thirty-five year struggle -- and the entire Wars of the Roses -- another thirty-five years of internecine bloodshed, including the bloodiest battle ever fought on English soil. Three different dynasties ruled England, by seven different kings, including the shortest reign of an English king since the Norman invasion. Meanwhile, English kings began to use English as the preferred written language, and the first book was printed in England. Parliament grew particularly strong, the King became a Constitutional Monarch, and England transformed from late medievalism into a reformation that led to the Renaissance. All this occurred during periods of corruption and chaos, murder and mayhem, treachery and betrayal, and war and rebellion, interspersed with occassional periods of peace and properity. It has been said that no King can rule the English for long without fighting a war, and the fifteenth century proves the point. Within these pages lies a timeline documenting all the key events and contrasting personalities of this turbulent period, from beginning to end.

Wm. E. Baumgaertner is a man of many and varied interests. He has published a well-researched novel about dinosaurs - "Sun Warm You". He began research for a historical novel about the Wars of the Roses, and completed two fifteenth century history books along the way. Also in the works are several novels, a reference book, and another history. Mr. Baumgaertner holds two engineering degrees from the University of Maryland. He has worked in the transportation field for over 35 years as a professional engineer.