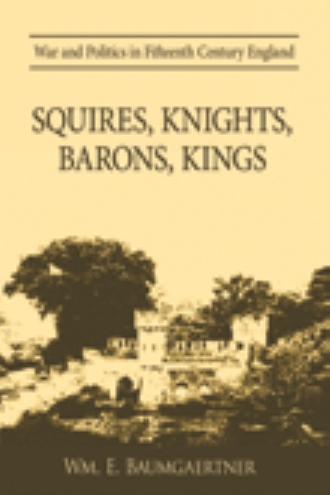 John Plantagenet, Duke of Bedford The Great Francophile John Plantagenet (20JE 1389 – 14/15SE 1435), Sir John of Lancaster, Knight of the Bath (11OC 1399); Knight of the Garter (inv. after SE 1399); Earl of Kendal (created May 16, 1414), Duke of Bedford (created May 16, 1414), Earl of Richmond (created November 24, 1414), also in France, Duke of Alençon and Anjou, Count of Maine, Mortain, and Dreux, Viscount of Beaumont, and many other seigneuries; Constable of England (SE 1403 – 1413, FE 1421 – 1430/35), Warden of the Eastern Marches towards Scotland (13AU 1403 – 1414), Governor of the Town and Castle, Constable of Berwick-upon-Tweed (6OC 1403 – 1414), Constable of Alnwick and Warkworth Castles (1403 – 1415), Master of the King’s Falcons (H IV, H V), Lieutenant of England (8JL 1415 – 23NO 1415, 4SE 1416 – 17OC 1416, 25JL 1417 – MY 1420), Lord of the Isle of Guernsey (1415 – 1435), General of All the English Armies (1416), Regent of England and Protector of the King (December 5, 1422 – November 5, 1429, when he was in England, otherwise Humphrey Plantagenet, Duke of Gloucester held the office), Regent of France (1SE 1422 – 1431), Chief Councillor (1422 – 1434), Admiral of England (26JL 1426 – 15SE 1435), Captain of Calais (early 1427 – SE 1435), Captain of Rouen (until SE1435), Captain of Caudebec (until SE1435), Captain of Château Gaillard (until SE1435), etc.. [some text missing … excerpted from a five-page document] John Plantagenet was the brother of Henry V, and the uncle of Henry VI. He was the third son of Henry IV, by his first wife, Mary de Bohun, daughter and co-heir of Sir Humphrey de Bohun, Earl of Hereford, Essex, & Northampton. He first married (April 17, 1423) Anne (d.14NO 1432), daughter of John the Fearless, Duke of Burgundy (sister of Philip the Good, Duke of Burgundy). He married her purely for political reasons, to keep the Duke of Burgundy happy, but the liaison developed into a happy marriage. Although she was “as plain as an owl” (to quote a contemporary source), he loved her dearly, and took her with him wherever he went. She died presenting him with a stillborn child. When Anne died the Anglo-Burgundian alliance began to seriously unravel. None-the-less, John re-married less than a year later. His second marriage may also have been politically motivated, but this time the woman he selected was young and of exceptional beauty. He married (April 20, 1433), as his second wife, Jacquetta (Jacqueline) of Luxembourg (c.1416 – 30MY 1472), daughter of Peter of Luxembourg, Count of St. Pol (she was the sister of Louis, Count of St. Pol) (she was appointed a Lady of the Garter in 1436). (After John’s death, she secretly re-married (1436), as her second husband, Sir Richard Wydville, later Baron Rivers, still later Earl Rivers). Having no issue by either wife, John Plantagenet’s earldom and dukedom became extinct upon his death. John Plantagenet was a big, florid, fleshy man with close-cropped brown hair. He had a large nose, and an oddly receding forehead and chin. He was hot-tempered, but more human and amiable than his brother Henry. He was not a military wizard, but he was ruggedly determined. He was a good soldier, administrator, and diplomat. He was strongly loyal, to his brother, and to his nephew. Although he thoroughly believed in the right of the Plantagenets to rule France, he was one of the few English leaders who truly loved France and the French … … from July 1417, when Henry V again went to fight in France, Sir John was again appointed Lieutenant of England. That year he repelled the Scots “foul raid”, and began proceedings against the Lollard, Sir John Oldcastle. In 1419, he brought a large, re-enforcing army to Henry V in Normandy. About 1421, he assisted in the siege of Melun, which held out for over fourteen weeks before surrendering. He also assumed command of the English army during his brother’s illness. After Henry V’s death on August 31, 1422, the Duke of Bedford was constituted Chief Councillor, and Protector of the King (then an infant). He assisted his brother, Sir Humphrey, Duke of Gloucester, in the administration of the government during Henry VI’s minority. From 1422 onward, with the death of both Henry V and the Duke of Clarence, he was Regent of France, and the main force behind the English attempt to conquer the French. In addition, he would reform French coinage, promote trade, and assure good administration. He entrusted positions of power and influence to Normans, Burgundians, and Parisians alike, just as he would with his own English … … when he died, the Duke of Bedford held more French territory than Henry V had. He had lived like a mighty French nobleman … He was perhaps the greatest, and certainly the last, of the Anglo-Frenchmen of the Hundred Years War. He was buried at Rouen. Family / Personal Coat of Arms: A modification of the arms of England and France quartered: quarterly, 1 and 4, azure, three fleur-de-lis (two above and one below) or; 2 and 3, gules, three lions passant guardant in a pale or , over all, a label of five points, the two dexter ermine, the three sinister azure, charged with three fleur-de-lis or (a shield divided into quarters, on the 1st and 4th quarters, three gold fleur-de-lis (two above and one below) on a field of blue (for France); and on the 2nd and 3rd quarters, three gold lions placed vertically, passant guardant on a field of red (for England)). Bedford had superimposed over all, a white label (a mark of cadency indicating the first-born son) at the top of the shield, with five points, the right two ermine, the left three blue with gold fleur-de-lis) (see Fox-Davies, p.348). Badges: a golden tree stump (see drawing, Wise, p.33); an ostrich feather entwined with a scroll (like his father Henry IV), supported by a Bohun antelope rearing (Rothery, pp.202, 203). Livery: argent and azure (white and blue) (Boutell, p.136). 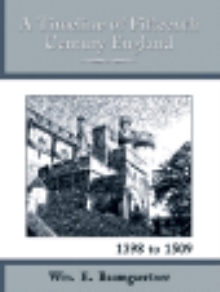 Many who have a passing interest in English history know of the kings: the Lancastrian usurper, Henry IV; the great warrior-king, Henry V; and the monkish monarch, Henry VI. Some also know of the fair Yorkist king, Edward IV, and his fated son, Edward V – the Prince in the Tower. Many more know of the Yorkist usurper, Richard III, and his Tudor nemesis, the last Lancastrian claimant, Henry VII. But what about the other key individuals of fifteenth century England?

Most have heard of the “Kingmaker”, even if they forget that he was Sir Richard de Neville, Earl of Warwick. But who was Little Fauconberg? Who was Hotspur, and how did he get his nickname? Who were the Beauforts, illegitimate descendents of Edward III (through his son, John of Gaunt), and how did they impact the history of England so significantly? Who was the “Butcher of England” and how did such an erudite and sophisticated man earn such an inglorious title? Why was Sir Richard de Beauchamp, also an Earl of Warwick, called the “Father of Courtesy” and the “Son of Chivalry”? What brought the educated and wealthy Owain Glyn Dwr, the last Welsh Prince of Wales, to the point of rebellion? Was Queen Margaret the “she-wolf of Anjou”, or just a fiercely devoted wife and mother? Was Sir Richard Plantagenet, Duke of York, the guardian of good government, or a self-serving, aristocratic snob bent on snatching the throne of England? Who was the “English Achilles”, how did he earn such a sobriquet, and how did his end mark the ending of the Hundred Years War? Who were the Nevilles and the Percys, and how did a minor family feud start the Wars of the Roses? Who were the other squires, knights, barons, earls, and dukes that contributed so much to the history of fifteenth century England, but who seem mostly forgotten today?

Come, plumb the depths of the people of that far gone time. For the answers all lie within these pages. Within is a brief biography of many of the more important personages, regardless of aristocratic rank. Included are parents, spouses, children, and other familial relationships, plus titles and offices, family coats-of-arms, and where readily available, family badges, livery, and battle standards. To further enrich the background, some supplemental sections have been added. These include a glossary of titles and offices, definition of selected heraldic terms, and a brief timeline of fifteenth century England.

Wm. E. Baumgaertner has an enduring interest in fifteenth century England, and this is his second history book on the subject. He is next planning a novel that takes place before and during the Wars of the Roses. He also has published a novel about dinosaurs, and is working on a reference book of the twentieth century. A transportation engineer by profession, he lives with his wife in Raleigh, North Carolina.