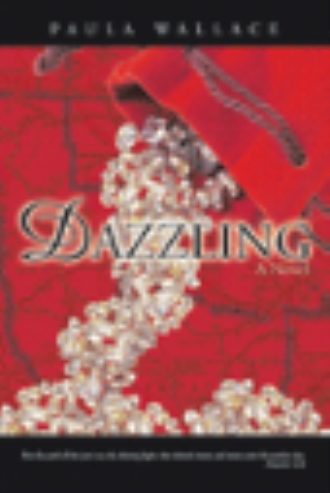 Cold and darkness! Mallory sprang up, listening, shivering! Her room had grown bone-chillingly cold since her nightmare had awakened her at midnight. But, what had pierced her sleep? Was it just the cold; had there been a scream? Why was her skin crawling? Trembling, straining, she sank back onto the foot of her bed. Silence! Maybe she was just overly tense. People were thinking she was losing her mind with grief; maybe she was! She exhaled slowly, pulling her little comforter around her closely in an effort to halt the trembling. She closed her eyes, trying to wake up, think, be alert, be rational, figure things out. Then there was scraping, crunching in the gravel driveway right outside her window. Her open window! Why was it open? No wonder the cold night Arkansas air was making her shiver uncontrollably. But why was it open? Had she opened it in her sleep? Her mind couldn’t even consider the possibility that someone else had opened it; someone had tried to “break in” to such an unlikely little house. The ominous crunching sounded again, causing her to respond this time. She leapt to her feet, her face pressed against the cold glass of the windowpane, straining to see who was thumping down the drive toward the road. There was a brief, black silhouette against the slightly brightening morning sky, and the interloper disappeared from view. ***** Mallie was dazed! If she had thought they looked enchanted in their Saturday tourist togs, she was really blown away by their Sunday best! Mr. Faulkner was wearing a shiny silk-blend looking brown suit, the exact color of his hair. He was wearing a French cuffed shirt in dazzling white with expensive looking cuff links; a brown, white, and pale blue striped tie; and a pale blue pocket handkerchief; brown and blue argyle sox and Crocodile- looking brown loafers. The only thing that didn’t look brand new about him was his battered looking Bible. Then, there was Diana. She had on the cutest dress. It looked like she had cut it from the morning’s sunrise sky and whipped in into something by church time with the help of a fairy godmother. It had shoulders that came down on her arms a little ways, then the bodice was fitted, and matching fabric roses accented her small waist, from which the fabric draped gracefully around her to the tops of her knees. Her jewelry was pearls and gold; her sandals and handbag of metallic gold leather. Her finger and toe nails were from the sunrise also. Today, she had opted to wear her hair down, and if possible, it was even cuter than the previous day. Alexandra, Jeremiah, and Cassandra were all in pastels that reminded Mallory of the saltwater taffy she had gotten at the Galveston boardwalk the previous summer. Alexandra was in a dreamy mint green color lineny fabric in a slim style that made her look grown up. Jeremiah was in a pastel blue cashmere-looking sweater, with little tan slacks, and Cassandra finished out the water color in a pale frilly pink concoction like Mallie used to dream of having when she was little. They all had on new shoes, and the girls had their hair all curled and styled with beautiful and perfect bows. Cassandra had a cute little pair of white lace gloves. Even the kids had on quite a bit of nice-looking jewelry. 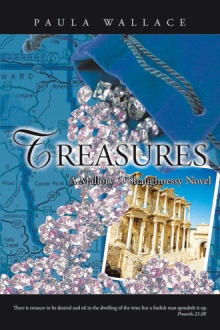 Dazzling, Volume 1 of the Mallory O'Shaughnessy series, is a story about love: God’s love and provision, parental love and protection, and romantic love and perseverance. Can God meet the needs of Mallory and Suzanne O’Shaughnessy, now that Patrick has passed away? Seventeen-year-old Mallory discovers that Psalms 104:24 is absolutely true: O Lord, how manifold are thy works! In wisdom thou hast made them all: the earth is full of thy riches.

The Lord has filled her life with riches— from the diamonds in her yard, to her friends, to the guardian and his family whom her daddy put into place before he passed away. Can her love for her childhood sweetheart prevail over physical separation and the attempts people are making to keep them apart? Mallory is amazed at the Lord’s tender presence as danger opposes, and her life takes some unexpected turns.