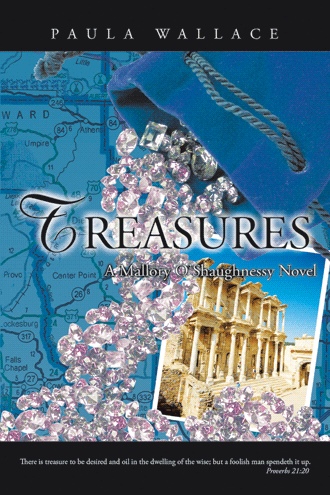 The room was neat, Mallory's bag was closed, but not latched. Her toiletry articles were arranged neatly in the bathroom, and the bed was made. Diana thought the blood spatter wasn't Mallory's blood. She asked for a microscope, in order to be certain, but she thought the blood looked diseased, revealing the orangey color of severe anemia. No way Mallory's blood degenerated to this state in the month since her hospitalization in Hope.
No sign of a break-in. The investigator assumed she knew her attacker and opened the sliding glass door. He looked pointedly at David as he said so.
David shrugged, annoyed. It confirmed to him that one of the hotel employees had been involved; had entered the room while Mallory was out for dinner and unlocked the balcony door.
What struggle there was, appeared to have occurred by the sofa. That was where the spatter seemed to have originated, and there was other blood forming a different pattern. Diana suddenly laughed.
"She still had that big arrowhead! Shay was so mad at her for leaving it on, when she knew it was ruining the sweaters he gave her!" 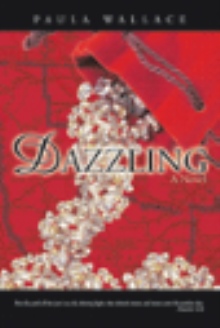 Teenager Mallory O’Shaughnessy mourns the recent death of her father and is still reeling from her narrow escape from being killed. While keeping up her high school studies, Mallory must deal with her lavish lifestyle and the challenges that wealth brings. But she trusts in God to help her make the right choices.

TREASURES, this sequel to Dazzling: The Mallory O'Shaughnessy Saga, takes Mallory to new destinations and new dangers as she pursues God’s exciting plan for her life. She steps eagerly into the future and begins to understand that Romans 8:28 is true, and that “… all things work together for good to them that love God, to them who are the called according to his purpose.” From small-town girl to world traveler, God enriches Mallory’s life with treasured friends and eye-popping experiences. From Istanbul to Mt. Ararat in Turkey, with harrowing escapes from danger, her life is far from boring. Never in the furthest reaches of her imagination could she have planned the rich abundance of sights and wonders. Then, check out WEALTH: Volume 3 of the Mallory O'Shaughnessy series!