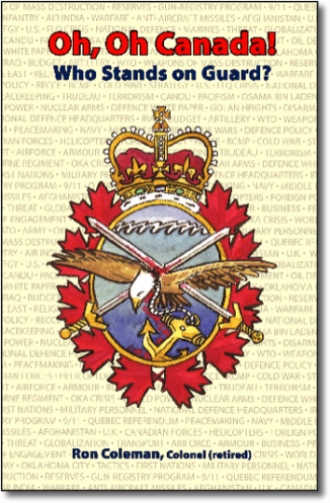 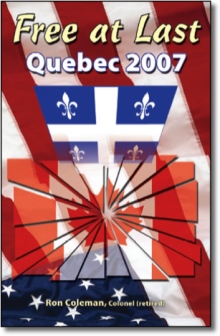 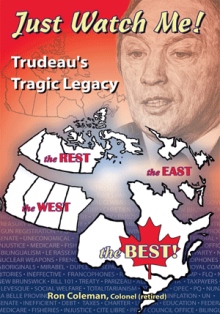 The Author examines the current state of the Canadian Forces, after what he describes as four decades of malignant neglect, and concludes that it is not capable of executing the roles and tasks assigned under the government's policy as outlined in the Defence White Paper 1994. Furthermore, he examines the Canadian foreign policy, from which defence policy is derived, and concludes that it does not address the current and future threats to Canada and Canadians.

The threats to Canada today and in the future are explored in detail and the means to counter them are examined. The author also explores the relationship the Canadian military has to the UN, NATO, and our closest ally the US. He finds that all of them need serious revision. However, to do so a complete and detailed analysis of our foreign policy is necessary in the new world of disorder following the tragic events of 9/11. Internal and external threats are revealed and discussed as well as how to deter them. Coleman explains why the current series of town hall meetings across the country is wholly inadequate and calls for a major foreign policy review. This is necessary in order to respond correctly and adequately to the US request for participation in the Missle Defense System. Also, in his view, our traditional interface with the UN, and NATO, particularly where peacekeeping is involved needs revision.

He calls for necessary changes in the Department of National Defence Headquarters (NDHQ) structure and the military organization across the country. He explains why NDHQ needs to be disintergrated and replaced with a dual reporting system to the minister. Further, he presents rational arguments for the "real" unification of the three military forces into a "marine" like structure in order to respond appropriately and adequately to international terrorism and international violence that is on the rise. He goes further and outlines a new organizational structure that reduces overhead, executives, commands, and management levels in order to truly make the military and headquarters more efficient, effective, and economical. He is clear that only by taking these measures will we regain the respect of our allies and our enemies as well as increase our influence in the international forums where it has been slowly eroding.

The transfer of search and rescue and VIP operations to private industry will free up military billets for military functions and generate jobs and profits for private industry in these roles. These tasks, in his view, are essentially non-military tasks. Military search and rescue and VIP flights can be handled by the Marines. Also, he believes that peacekeeping should be transferred to DFAIT where the responsibility lies with more emphasis on early intervention so that technical experts, humanitarian efforts, medical assistance, law, order, and justice can be maintained rather than re-constructed after civil war or worse has destroyed the infrastructure and institutions. Peacemaking, however, should remain the responsibility of DND where the new structure, the new equipment, and the new training will improve our current delinquent approach to the problem. The Reserve will be tasked with the role of the defence of Canada which will give it purpose, finances, training, equipment, and a structure to effect it which currently does not exist.

Coleman makes a compelling case for the review of foreign defence policy and the restructuring of the Canadian military. He exposes the problems and proposes solutions. He takes no prisoners! In his review it becomes clear that Canada and Canadians no longer "stand on guard".