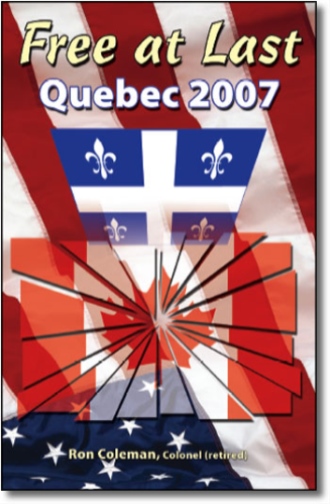 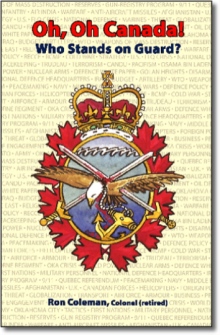 The author takes you on a journey of political intrigue whereby Quebec achieves its independence in the year 2007. It is a convincing tale of political vengeance, intrigue, misunderstandings, foreign intervention, international muckracking, boundless egos, unbridled ambition, revenge, and political folly.

A country admired by most for its tolerance and pragmatism is destroyed by internal strife and turmoil caused by unattended divisions and progressing socialism. A concerned and antagonistic neighbour acting on the doctrine of preserving democracy uses subversion and covert operations in order to undermine authority and order.

Internally, a series of first minister's meetings and a constitutional conference fail creating an authority vacuum and generalized anxiety. Concurrently, the United States, the UK, and France interfere to prevent potential solutions from saving the country.

The ultimate result is not at all what Quebecer's envisioned. It is however, an ending that many Canadians would come to accept as inevitable. As an alternative the author proposes two alternate endings resultant from the exercise of tolerance, good will, reasonable solutions to long standing problems, and a change in outlook from internal conflict and age old grievances to a future that engages in globilization and positive perspectives.

The book is a realistic but harsh look at Canadian politics, told in a humerous satirical style, that reveals what can happen when a country fails to confront its history and relies on illusions and favoritism in order to quell discent. It is chilling to think of how easy it would really be for Canada to disintegrate.