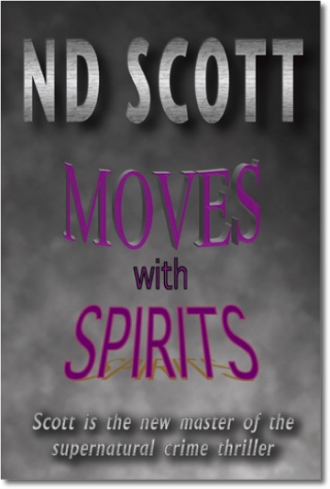 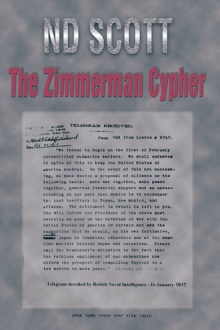 Follow the rise of the terrifying nemesis called 'Boots' as he develops an increasing thirst for sexually motivated attacks. Able to hide, concealing his crimes safe within the ranks of the British Army. Seemingly the attacks take place at the behest of demonic nightmare figures, which haunt Corporal Boots' dreams.

After one particular terribly vicious assault, the woman who he leaves for dead in a disused grain warehouse on the banks of the River Tyne, is incredibly found when the ghost of a previous victim guides the girl's savoir. The young woman's uncle, who by a strange twist of fate, heads a vastly wealthy Chinese criminal organization, is intent on revenge. To do so the Triad king unleashes assassins from Hong Kong to track down and kill her attacker. At the same time the girl's father convinces his oldest and most revered friend, Lieutenant Colonel (retired) Simon Boeck to, reluctantly, use his extensive special forces skills as well as unbelievable psychic powers to help locate the culprit.

All the while acting police Sergeant Sue Parish, an attractive, ambitious detective from the Newcastle police Serious Crimes Squad, starts to piece clues together as she too closes in on the rapist. Increasingly the police and Simon Boeck's endeavors overlap. When the assassins fail, in bloody fashion, Simon is finally propelled on deadly pursuit. As Sergeant Parish and Simon converge on Boots, Simon's psychic warriors warn him of a far more deadly, truly evil adversary lurking, stalking him and ultimately his family.

The terrifying climax pits the police against Simon, against the bowels of hell in a race to get to Boots first. One to bring him to justice, the others intent on fatal revenge.

The final spine tingling twist reveals the end to be, in effect, just the beginning...

I was, out of the blue, at the beginning of the new millennium asked to arrange the incredible memoirs belonging to a Lieutenant Colonel (Retired) Simon Boeck, this being the first package. In doing so, I've tried to stick to his own words as closely as possible. He wants you to know his story as, in Simon's lifetime, he has done some amazingly dangerous things, had truly fantastic adventures and at times faced terrifying supernatural foes.

You will see that I've added some factual explanatory footnotes and a number of endnotes. There are also two detailed appendixes, which aim to give you some insight pertaining to Simon's background and outlook on all things psychic/supernatural. In addition, as best I can, translated some of the Geordie (North East) and Jock (Scottish) dialect Simon used. Other than that I have only gone through, correcting spelling and grammar which, for the most part, was minor.

Throughout, Simon is adamant about protecting the real identity of individuals mentioned in these memoirs. To ensure this, with the exception of three individuals, he has changed their names. Simon assures me all three have given their written consent to be identified, which ones I don't know. Those Simon did change he used subtle puzzles of their correct names. If anyone recognizes their name, themselves, living or dead (other than the three mentioned above) or anywhere mentioned this is purely a coincidence. Enjoy the journey...

Born in 1951 in Northern England, one of two sons of hard working parents, 2nd generation immigrants. After attending a local primary school, his father just about managed to afford for Simon to go through a well-known, quality 'country' public school.

After school, Simon obtained his 1st Degree from one of the better red brick universities, followed by a short period of work in the tough part of Cumbria. Disillusioned, he joined up and served for a number of months as a soldier (Private Class 3), in order 'to see what it's like from the bottom up', before attending Officer training at The Royal Military Academy Sandhurst.

Commissioned in 1975, he served all around the world, doing tours in: Central America, Cyprus, Europe, the Middle East, Northern Ireland, The South Atlantic as well as mainland UK.

Simon has also undertaken a number of assignments working undercover for MI6 and 14 Intelligence Company. In America, recruited by P20G, Boeck worked within the highly secret Intelligence Support Activity, known simply as 'The Activity'. Extensive travel, in and out of uniform: Africa, Asia, throughout The Americas', China and Japan amongst others.

Simon is happily married with grown up children. He and his wife, live both in the United Kingdom and abroad.

ND Scott is in his 40's, an ex British army Officer with, including military operations, experience all over the world. Some special intelligence training. Recipient of a commendation for bravery. Published work includes an account of his travels in remote Peru. Possesses 3 degrees, including MSc in HRM, majoring in Psychology. Highly experienced psychic, expert psychometrist and practicing Master Reiki Healer. He lives both in England and abroad.

For more information about the author visit: www.ndscott.com