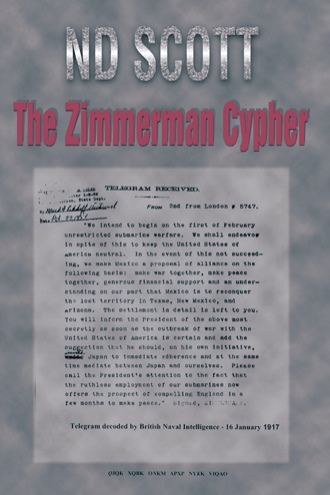 Prepare to be drawn in, captivated, hopefully not losing too much sleep over the frighteningly real events which took place during 1992-93. During this period the North of England was plagued by an Albanian gang who enjoyed committing acts of sexual torture, kidnapping and even brutal murder. Also, the desperate hunt mounted by a damaged Detective Police Inspector and his team in their attempt to catch these men, one of whom was a cunning, ruthless, assassin. Why is a pillar of society, Lieutenant Colonel (retired) Simon Boeck, involved? Finally, find a lot more about the ex Special Forces agent with deadly psychic powers

Contained within The Zimmerman Cypher are any number of hidden meanings and questions. For example, what does the 1st chapter have to do with The Bible? Are Albanian gangs as organized, deadly and ruthless as that? Is it an anagram? Regardless, does Markov Ransky really exist? Does the famous Rose Window actually contain mystical healing powers? Or more likely, hold the forgotten coded message detailing the location in the tunnels running beneath Durham Cathedral, where, during the reign of King Henry VIII, monks hid their fabulous treasure. The ‘loot’ is yet to be discovered by the way! If you can, go and have a look, the John Tann safe really does exist in Coxhoe. The ponies were definitely there the last time I checked the field opposite Witch Quarry. Finally, The Coldpits Public House does, possibly, serve the best pint of beer in the North East and, oh yes, there is a major clue, to help crack The Karpthec Cipher, staring at you from behind the bar!

The Zimmerman Cypher (normally referred to as The Zimmerman Telegram) without doubt radically altered the outcome of The First World War. The purpose of placing this and The Karpthec Cipher (American spelling) on the cover is by way of creating, in effect, two separate journeys. Additionally, the reader can embark on the ever more complex unfolding conspiracy which started way back at the beginning of 1917. Throughout The Zimmerman Cypher there are a number of cyphers which start simply enough. The front cover is, for example, to be honest, the easiest code of them all. The only clue, to get started, is that it is a corrupted, numerically increasing form of Caesar cipher.

Clues to other codes are all there if you look. Crack one and follow the path in order to gain the keys to eventually, possibly, unlocking the detail and implications of The Karpthec Cipher. Cryptologists amongst you shouldn’t bother with the Kasiski test or, for that matter the Kerchhoff method as this would be a complete waste of time. Nicolai was far too clever to fall foul of simple frequency analysis. Computer analysis will also fail. Not as complicated as the Zodiac Killer’s infamous 340 character cipher, its ingenuity and security lie in the seemingly random nature of the key shifts. Oh yes, just in case you start to get close, watch out for a couple of traps. I even challenge members of the Cryptanalysis and Racketeering Records Unit in the FBI or the smartest amongst the American Cryptogram Association to decode it. Back in 1917 William Montgomery in Room 40 succeeded in decoding the cypher; therefore clearly it is not impossible. As a result, to the first person to successfully decode all the links and ultimately The Karpthec Cipher, I make the oath to reward that extraordinary person with a gold sovereign from the period. For more detail regarding The Karpthec Cipher and Ambassador Walter Page’s involvement you need to read Appendix A at the back of the book. 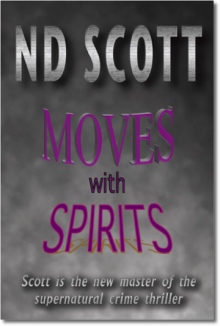 Unbeknown to the two friends a group of terrorists are intent on destroying the evening. Too late Boeck realises their intentions as, without warning, a van careers through the front of the restaurant followed by a violent confrontation which leaves one man dead and others seriously wounded. For the partygoers it’s certainly a meal to forget. For Markov Ransky, leader of the Albanian gang, it’s just the beginning of his reign of terror and violence as his men continue their campaign of kidnap, torture, sexual depravity and brutal murder.

Physically damaged Detective Inspector Smokey Rover and his team are tasked to launch a desperate hunt to catch these men. The police are not the only ones determined in finding them as Chang eventually persuades Boeck to unleash his incredible skills in an attempt to exact, at any cost, justice. Yet unknown to all concerned is the fact that there are others waiting, unseen, ready to unleash their own kind of deadly revenge…

N. D. Scott is a former British army officer with special forces training and experience all over the world. His previous work includes Moves with Spirits and a travelogue of Peru. Scott holds three degrees and is an experienced psychic, expert psychometrist, and practicing Reiki healer. Visit him online at www.ndscott.com.