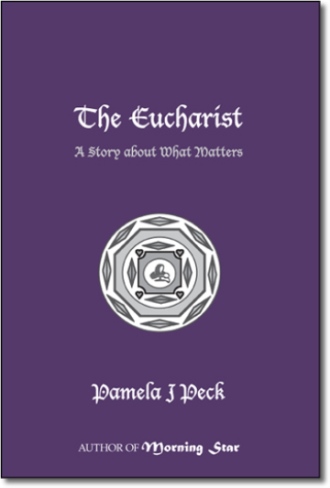 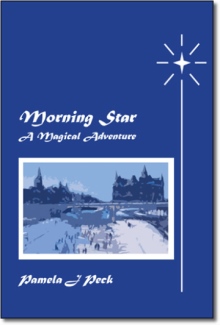 THE EUCHARIST is the story of Michael, a headstrong young Anglican priest facing the timeless challenge of privilege and exploitation. The sub-plot is a love story between Michael and Jenny — who is not only as headstrong as Michael, but also the iconoclastic daughter of the town’s leading exploiter, bank manager Wilbur Spencer.

Michael’s goal is to make his new church – actually an old building with a long-established and aging congregation – more relevant to the community. Wilbur Spencer sees the cathedral as another resource to exploit, while Jenny finds everyone – her father, the church, Michael and most of the people in town – hopelessly mired in old ways that thwart true spiritual development.

Michael uncovers a scheme by Wilbur to tear down the cathedral and build a shopping mall in its place. In his struggle to short-circuit the plan, Michael finds unexpected allies in the persons of Jenny’s mother and twin spinster aunts, who draw on the subtle power of women to bring the business community to its knees, and to restore the balance of community values.

In the end, will Michael get what he wants – a restored church and programs for young people? Or will the cathedral and the deeper values it represents fall to the wreckers’ hammers? A series of events lead to an outcome that is miraculous and unexpected—almost as surprising as what happens to the relationship between the priest and the bank manager’s daughter.

Pamela J Peck is an author, lecturer, composer and playwright whose professional interest is education for a global perspective, and the application of social science knowledge to the practical concerns of everyday life. Canadian born, she holds the degrees of Bachelor of Arts in Psychology and Religion (Mount Allison University), Bachelor of Social Work, Master of Social Work and PhD in Anthropology (UBC). She was a Research Associate at the University of Delhi in India and a Research Fellow at the University of the South Pacific in Fiji.

Pamela has traveled to more than eighty countries around the world, and has lived and studied in many of them. She uses her cultural experiences to infuse and inform her novels, short stories, screenplays and stage musicals. Drawing on the archetypal structure of classical mythology and Jungian psychology, her creative works embody timeless and universal principles. Her stories appeal to people of all ages as she takes us on magical and adventurous journeys to the far corners of the outer world, and into the inner recesses of the human mind.