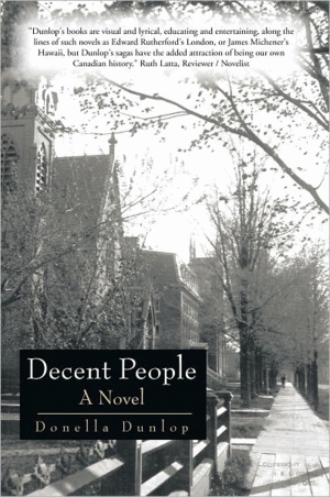 Faith Dunkeld clutched her distended abdomen and leaned against the kitchen sink. Faith's younger sister-in-law, Beverly, a fidgety, fair haired girl who was steaming in a black wool swimming costume, dropped the raspberry she had been hulling. “What is it?” she squeaked, crimson-stained fingers going to her lips. Faith gasped, “I ... I'm not feeling well. Her lovely face drained to grey and she stifled a groan. “Go ... GO get someone. Hurry!” She slid to the floor, her arm, shoulder, and the side of her head bumping along the green cupboard door beneath the sink. Beverly squealed and dashed out by the kitchen door. It banged behind her as she clattered down the stairs and across the back porch. Instead of going around by the dirt road and across the bridge over Dunkeld Creek, she shot across the back yard past the giant maple, scrabbled through Faith's garden, squashing lettuce, and leaped from stone to stone in the shallow creek that sang its way from the bush to the Ottawa River beyond the village. Thistles scratching at her, burdock snatching her bathing costume, grasshoppers leaping for safety, dust and pollen sticking to her sweat, mouth open to catch what oxygen there was, she struggled up the hill behind Cruickshank’s store, stumbled across the field, and careened screeching down the rise to the swimming hole. The people in the water, coloured tea-brown during Dunkeld Creek's long journey through the surrounding forest to the Ottawa River, gaped in astonishment. A boy forgot to jump from the swing rope and hung there on the knot like a bug on fly-paper. “Faith is having a fit!” The women came running, bathing costumes scratching against sunburned flesh. Plump Cousin Bridget Dunkeld, a newly graduated nurse home for the summer, arrived first at Faith’s grey stucco house and sent a snivelling Beverly up the road to fetch Faith's mother-in-law, Jeanne Dunkeld. She and Bridget carried Faith, a slight burden, up the painted stairs and into her bedroom. Jeanne almost dropped Faith’s legs. “What’s that on your mouth? Blood?” Faith laughed a little hysterically. “No. It's raspberries!” The three of them, giggling and crying, Faith stopping to bow her back in agony, Bridget trying to act like a professional nurse and then forgetting herself and ripping Faith's clothes away, Jeanne going on about having left biscuits in the oven at home, which sent them into another fit, sobered as Faith cried out. Jeanne said, “Faith, my darling girl, the pains are coming too fast, too soon, too soon! We'll have to help you ourselves. You must be brave, child.” “Never mind being brave! Scream and yell. It'll help,” said Bridget out of the depths of her two-month experience in birthing at the Pembroke General Hospital. But little Faith didn't scream. She moaned like a trapped forest animal, and her eyes got bigger and bigger and more lost. They feared for her life. Jeanne, her blazing red hair curled crispy-wet and trailing from its old fashioned pompadour, tore down the stairs. Her youngest son, the delicate, fair-headed one called Patrick, stood at the bottom. “Go for the doctor and send someone for Richard.” Faith's tall young husband, forced by the Depression to work like a mule on the railroad. Jeanne summoned Bridget from the bedside. The pains had stopped for the moment and little Faith lay against the pillows, semiconscious. “The new bedroom suite from Freiman’s in Pembroke hasn't arrived. Faith will be mortified when the doctor gets here.” Bridget, her brown eyes expressing the opinion that Jeanne had gone mad, breathed, “I don't think she cares.” “Nevertheless.” Jeanne, widow of Dunkeld Village’s leading citizen, once rich, still proud and a respected teacher, church organist, mother to all, was obeyed. They crossed the road to Bridget's log house nestled among pines and carried her chest-of-drawers across the dusty surface and into Faith's house and up the stairs to the room where Faith lay whey-faced and heaving once more. It took three men to jockey the chest-of-drawers downstairs when Faith’s new suite came on the train from Pembroke. The doctor also arrived too late, pontificated, and left after consuming a bowl of raspberries. But nobody cared because Faith was alive and safe in Richard's arms. Later that night, Jeanne stood in front of Richard while he nursed his new baby in the green rocking chair, three-year-old Colleen sitting on the mat by his feet. “You have two girls now. You'll not want her to have another, Richard.” Bridget frowned and changed the subject. “What a time. This baby better be special. I'll not let her forget the trouble she's caused.” Faith, Bridget, and Jeanne recovered. Beverly had a fainting fit and had to have camphor waved under her nose, which greatly impressed the boys from the swimming hole. The new baby, Anna, proved small and sickly and later almost died of whooping cough, but she had intelligent blue eyes and curly brown hair, and was the bonniest baby ever born in Dunkeld Village. She was raised in a cocoon of love in a family that cared for its own and everyone else's too. And she emerged an innocent, determined butterfly into the light. 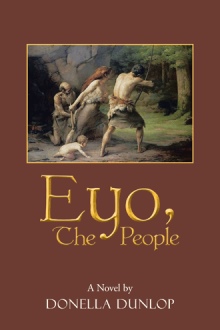 The scene is an Ottawa Valley village. The tale flashes between the hungry thirties, the Second World War, and the tentative fifties and early sixties. In "Decent People" the Protestants hate the Catholics and the Catholics hate the Protestants and almost everyone hates the Algonkins and, of course, everyone detests the soldiers from Petawawa. Yes, this situation existed. Exists in some cases? Still? Anna Dunkeld appeared in the Valley on the hottest day in Canadian history, hatched in a nest of decent people. But can this stubborn, open hearted, strangley rapt child, who lives in a world of stories with herself as hero and the rest of the village as cast of characters, survive the discovery that not everyone is good, not everyone in her beloved village, in her beloved Valley, even in her own family is decent? Even the most wonderful story of all, her Catholic religion, falls from grace. Since everyone knows that endings are scarcely ever happy, this story ends with a happy beginning. Yes, they exist. Still.

Writer, Volunteer, teacher, artist, globe-trotter, Donella Dunlop has lived in Ottawa, Calgary, British Columbia, Germany and England, bu her birthplace and her first love is the Ottawa Valley, Ontario, Canada. The Scots, Irish, Dutch, French and Algonquin of the Valley are her family. Her great-grandparents helped settle the Valley, then a veritable wilderness. Their stories inspired her Ottawa Valley historical novel series which include Menominee, The Wild River People; Sagganosh; the British; and Mittigoush, the French.