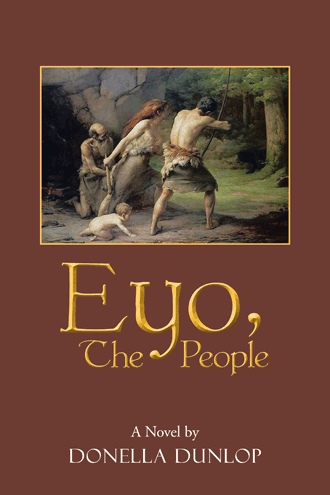 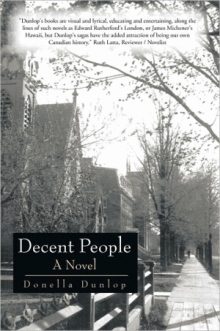 Young Noha, favourite of the Fox Spirit, third son of the leader of the Eyo, has a dream. Siberia is emptying of great reindeer herds. It is the time of low water, new land revealed where once there was an Endless Lake, ice corridors opening between the northern sea and the grasslands far to the south, land known only to the Sprit. Noha would follow the disappearing reindeer and mammoths to the east. Will his people, the Eyo, children of the Giant Reindeer, listen and follow him? Che, too, has a dream. She would follow Noha as his mate. But not as a mindless beast of burden, mother of cubs, warmer of the sleeping place, and obedient child. She would be as a hunter, free to kill for meat, explore the unknown lands, challenge the beasts of the Endless Lake, and give the desires of her artist's heart fruition. They explore the shores of the Endless Lake, meet seal and walrus and narwhal, thrill at the multitude of birds on the cliffs, discover and conquer the southward-leading Granfather of all Rivers. Explore the Nahanni Valley where giants tear the very heads from the shoulders of the bravest hunters. Challenge the Rocky Mountains. Discover the beautiful Bow Valley; the limitless grasslands, the swarming herds of buffalo. Will they find the Valley of the Dream far, far, far to the east? Will they find the Adawa River, pathway to the north where ice has fled. Will they find that haven on the Precambrian Shield in which the Eyo will establish a presence to last ten thousand years? Will Noha realize his dream? Will Che be finally free to be?

Writer, volunteer, teacher, artist, globe-trotter, Donella Dunlop has lived in Ottawa, Calgary, British Columbia, Petawawa, Germany, and England, but her birthplace and her first love is the Ottawa Valley, Ontario, Canada. The Scots, Irish, Dutch, French, and Algonquin of the valley are her family. Her great-grandparents helped settle the valley, then a veritable wilderness. Their stories inspired her Ottawa Valley historical novel series, which include Menominee, the Wild River People; Sagganosh, the British; Mittigoush, the French; and Decent People.