Just Because the President is Black 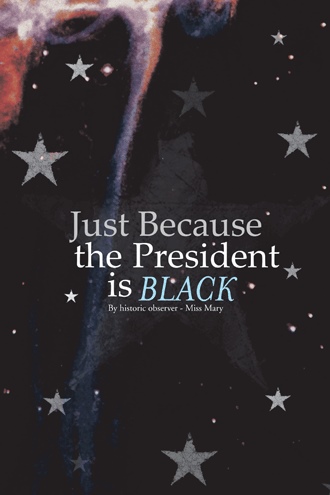 Americans are 100% responsible for the predicament we face now. Blaming anyone other than ourselves is foolish because we watched for eight years and did not make our politicians act in out best interest. It requires us acting as the majority that we have never been. It also requires a unity that we refuse to embrace. It requires us to stop shooting ourselves in the foot. It requires us paying attention. It requires us deciphering obvious lies that look and feel like obvious lies. It requires us thinking of each other as Americans and not as hated conservative and liberals. It's the “We” of “Yes We Can” participating instead of sitting on the side lines. Instead, we allow politicians to divide us and then reward them. We could have been well on our way to recovery if we had just insisted on keeping our interest as the primary focus for our elected representatives. We didn't and we will pay for our foolishness. We allowed racism, which is responsible for all of the misinformation, lies, and innuendos, to become the driving force of our ridiculous and ludicrous division. It is not easy to be elected the first black President in a country that preaches equality and practices discrimination. This is a job no one should want but for some inane reason, President Obama applied for the position. This is a book about the first two very productive years of the President and the intensity with which he is maligned. It is about Americans allowing themselves to be continually divided, to eliminate the power of their majority. It is about being manipulated into believing in the party that caused the economic meltdown and returning them back into office in less than two years. Allowing the losers to say “NO” on everything and rewarding them is insane. However, the division that has ensued is even more humiliating, but definitely expected because the President is black. 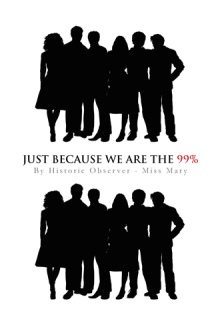 The sole purpose of writing this book is to shake Americans out of their stupor and into the greatness they keep swearing this country is all about. Americans are 100% responsible for where we are now and where we will be in the future. The power is in our hands but not as long as we allow ourselves to stay divided. President Obama is not the sole reason for our division but because of racism, he is a major factor. This is a book explaining the manipulation of the public. The American public keeps allowing the wealthy minority to divide them making them co-conspirators in their own demise. The election of this black President makes Americans easy pickings. Hopefully, at the end of this book, America will finally be motivated to recognize and get past their subconscious racism, which makes us especially vulnerable to any type of divisive manipulation. Hopefully, we can stop dividing and unify for our own good.

Mary Marks is a college graduate who has lived, worked, and retired observing the political habits of Americans. She is a resident of Miami, Florida. She has lived through segregation, integration, and the first black president. She has decided to share her wisdom with the world. She is a baby boomer with time on her hands.