Conversation with a Skeleton 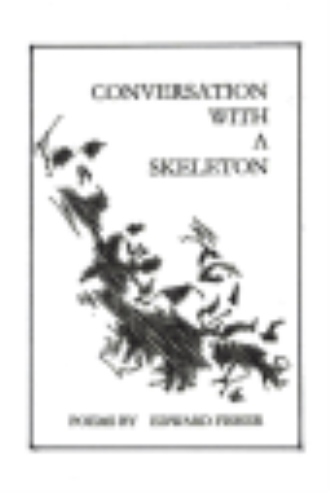 CONVERSATION WITH A SKELETON I can feel him here, where my elbow bends, Funny-bone working around to my thumb, My brain-pan connection to old broken shin Coursing down nerve-ends, pulsed to my palms, Trying to get comfortable, under my skin… “No bones about it!” he always begins Rasping, with that macabre wit of his, Contention caught in his throat: “Your sins Began with Adam’s missing rib.” Worldly-wise, Bookworm at heart, he loves to pick a bone. My spooky, anonymous, gossamer guest, Hiding in cobweb corners and shadowy thoughts, Haunting the house of my body, like a ghost; Whispering his grisly numbskull talk, Gaunt scaffolding aghast at each aching joint… Down-to-earth, wryly, on and on he drones, Coughing up a fractured laugh from the pit Of my stomach: “Remember poor Yorick!” “Bone up on your Shakespeare, boy!” he intones Sardonically whistling through an old cracked tooth. Sick cynic that he is, he winks and grins, Moaning & groaning, all his gold-teeth showing. “Sticks and stones!” he insists. “Oh, no, my friend!” “When that sweet old chariot of yours swings low, You’ll forget, and leave me behind again…” “Me!—Inventor of songs, like Orpheus, Initiate of the night, curved in deep marrow, Speaking in oracle-prelude to silence; Prophetic, like a disembodied moon In retrograde motion, out to the islands.” “Bone of your bone! Your stardust nigredo Your fossil connection to lost constellations Mired in the orbiting mass-grave of earth; Destined to be digested in the stars, Eclipsed like an X-ray by mushroom-clouds!” The argument of the unredeemed Is always the same: sprouting through suture, Flesh like a flower, vestige of wingspan, Ankle and instep to tip of the tongue, Calling us back to the dark side of God. ---------- BOHEMIAN MANIFESTO Deep in my heart is an old familiar Bohemia Whose best poets died in a ditch; No distinction is made there between love & art, The rhapsody of words or a curving silhouette… An enchanted melancholy fills the air Intimate as the memory of a frosty dawn, A Prague moon, a cathedral full of guttered candles And the faded domain of an outmoded muse… In my inmost soul is a small café, a prison cell & a protest rally, A metaphysical discourse on fortune-cookies, Nights of invention, a rambling passage from Rimbaud And a manuscript written without a single cliché… At the back of my mind is a chilly village walk-up, A studio apartment with statues of nudes in dappled light, A garret in Paris with a shared bathroom down the hall, An ivory tower & exotic rooftop loft full of pigeons. I keep the key to my dreams locked up in a hand-carved box Disguised to look like a book of illuminations--- A dialogue with a ruined angel in the rain And the studied calligraphy of a spider-web scrawled in its margins. Down in my bones is a lonely utopia, a pagan solstice, Traces of moonshine seaweed coral & a score by Debussy— What do I care for your gizmos & routines? My lifeblood runs the gamut from freelance to frontier… Expatriate of a shoestring serendipity, My threadbare vagabond shadow Takes a cakewalk through your ideologies & taboos, Hitchhiking to the outskirts of a bottom-dog anarchy. My scapegoat wrap-sheet is your banned, underground classic, The heyday of my sentences, your shock-treatment lobotomy; My flea-market typewriter hammering out subterranean piano riffs Haunting as the song of the humpback whale. Over my shoulder, in an empty rear-view mirror, Detours to a lost highway littered with miles of errant exile— I dabble in the down-and-out, boycotting your protocols, Without regret, above reproach! Instead of a bullet, a bit of rope, or a razorblade by the sink, I recycle your neon asylum through my skeleton hijinks; My barefoot tantrum is your hobby, your truth-serum; Your crisis of self-doubt, my trademark impromptu kazoo! I sit at a table by the window, waiting, despondent, Admiring a mundane still-life, an African mask, Intent on a glass of absinthe, a whimsical gypsy enigma, And longing for an existential view of the sea… --------- THE MUSE OF BOOZE When words there were not, booze supplied Like some old hack the muse denied, Some opiate that Coleridge tried That killed Jack Kerouac. Those dizzy heights of vertigo, Mysterious curse that murdered Poe; Drowned in the river like Li Po By moons that hugged him back. Bottoms-up heirs to Baudelaire! Verlaine & Rimbaud’s derriere! Toast ars poetica in the air! My sea-sick drunken boat… F. Scott Fitzgerald, Hemingway, O’Neil, and Faulkner’s protégés— Rot-gut of macho’s lyric lay, One skunk more for the road. Speak-easy spirit, in your cups, Hair of the bitch Absinthe’s pups, Hung-over, tipsy, hiccupped up— Kites littering the sky… Like Dionysus’ rhyme-possessed Quest for the quenched bliss of the blessed, Ambrosia flowing from the breast— Here’s mud to dot your eye! ---------- THESE CREATURES ARE MY DESTINY I am the Great Somnambulist Whose daydream named the Sun; My father was the Wizard-Beast, My mother was the Moon. My cradlesong along the Nile An oracle fulfilled: A womb defiled, a murdered child; A father to be killed. A crisis magnetized my brain: Each syllable & myth Inscribed like some Rosetta Stone In Greek & hieroglyph. The riddle that the sphinx was taught In silence by the muse, Divides my feelings from my thoughts And breaks the old taboos. The flint knife cut, the fire-stick burned, I drank the blood of men; Abandoned mother’s milk & spurned My history like a skin. My heart reborn was split in half, My totem animal Took up the trident as my staff, The hammer & the grail. The bleeding lance, the broken sword, Put out the hero’s eye; A voice, mistaken for a god, A sea-whorl in a sigh. These creatures are my destiny, This cold decree, my poem; Their love, my demon-enemy, And this torn flesh my home. 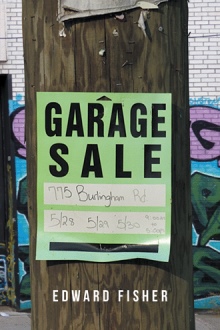 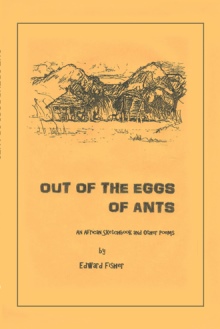 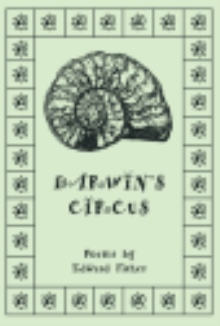 Edward Fisher’s first collection of poems, Conversation with a Skeleton, is a haunting, meticulously-crafted tour de force. At once passionate and lyrical, it is both a lament for, and defense of, a lost Bohemia. In it, he plumbs the depths of a mood of disquietude, defiant in the face of certain trends in American culture—its unchecked militarism, its imperial propaganda, and the corporate colonization of consciousness— all of which show little sympathy for poets, and tend to marginalize, dismiss, or even steer them toward martyrdom. Here are sleepless nights, oedipal anxieties, a psychological exploration of writers’ block, a disturbing look at our epidemic of missing and exploited children, a melancholy meditation on black-holes, the atomic age and the extinction of species, along with homages to a pantheon of dead poets who dominate his sensibilities and style. At home in both free verse and more traditional form, Fisher does not shy away from the challenges posed to modern practitioners by meter and rhyme. These are moments of vision and witness that dare to stare unflinchingly into the existential abyss—the dilemma of ourselves in the midst of a world at the brink, in all its tragic, tortured dimensions.

Edward Fisher taught school in Africa in the Peace Corps, and worked as a play-therapist and adventure-based counselor with special needs children. He holds a bachelors in literature and a doctorate in psychology. A Pushcart nominee, his prize-winning work has been published by several small college and university presses.