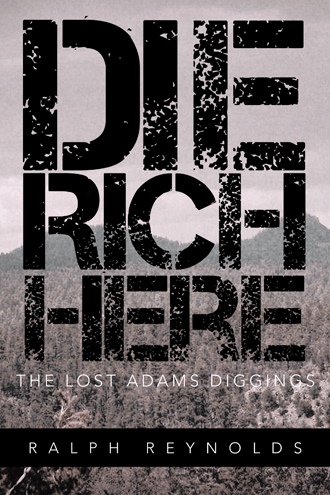 Far away in the hills and valleys of Virginia, Maryland, Tennessee, and Mississippi, the American Civil War raged. The civilized world watched in awe as great generals and their armies marched and engaged then marched again and fought again. In drama and violence, it eclipsed anything else happening on earth at the time, perhaps ever before. Hundreds of books have since been written about the American Civil War. Meanwhile, the Apache Nana was secretely staging his own battle of rebellion. Much of that story has come down to us not as volumes of history, but as a legend shrouded by mystery even as to time and place. As far as history is concerned, all we know it by is "The Lost Adams Diggins."

After searching for sixty years for a long-lost gold mine known as the Adams Diggings, Ralph Reynolds tells all he’s learned. This is a rousing tale of Apache cunning and Yankee gullibility. And it’s a story of lost lives, emptied souls, and misguided senses in a land of magnificent mountains, mesas, and canyons. His book delivers evidence that three or more prospecting parties were massacred after they located the diggings and the startling implications of these events. And most rewardingly, it tells how, and most likely from where, the gold nuggets were clandestinely removed late in the nineteenth century and why and where the mother lode may soon be found.