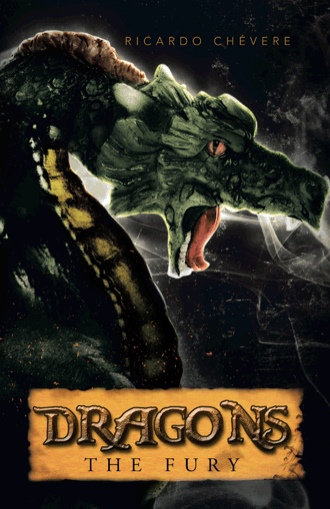 “He will be alright!” yelled Alanna, trying to reassure Krom so he could get back in the fight, “I will take care of him! They need you up there! Go!” Confident that Liu Cheng would be fine with Alanna, Krom flapped his wings forcefully to fly back up to the Fury as fast as possible to help his fellow earth dragons. Three earth dragons attempted the almost certain suicidal attack flying through the body of the Fury, but only one of them came out the other side, covered in the tar-like substance that the ancient being seemed to be made of. A couple of water dragons created another long waterspout that rose up from the ocean to meet with the earth dragon in the air, hoping to wash the gooey and sticky substance off his body. But it was too late for him; his body began to disintegrate as if eaten away by the unnatural substance he was covered with. In the end, not even a corpse was left of the once powerful dragon. The Fury then directed its attention to the water dragons it had neglected so far. Several dragon heads popped out from the bottom of the creature floating above the ocean and began spitting their green fires at the serpentine dragons below. The dragons’ first reaction was to dive and use the water as a shield, but that failed to protect two of them who were caught in the magical fire and got disintegrated. Krom flew up to face the Fury once again and called telepathically on what was left of his brothers to join him, ‘follow me!’ Starting from the very top of the Fury’s amorphous body, Krom began to fly in a big circle around it; the earth dragons followed him. Then, they opened their mouths and began to spit their fires at the Fury from all around it, as they continued descending in a circle, like a coil. The dragons’ fires burned some of the Fury’s body away, but their numbers had decreased too much and could no longer affect the enemy substantially enough. Following the dragons’ lead, the Fury began to turn on its own axis, becoming an enormous twister, a tornado of epic proportions that pulled all the dragons in toward it. Even the waters below were pulled up with the dragons in it. Krom lighted himself up on fire and was able to escape the Fury’s pull momentarily. But, as he flew away from the massive rotating creature, he watched as his brothers and sisters fought hopelessly against a force so great and unstoppable that it seemed like everything had come to an unavoidable end for them. 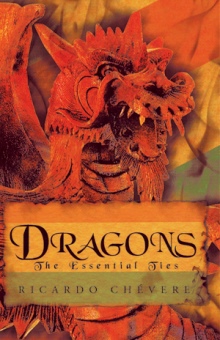 This is the anticipated sequel to Dragons: The Essential Ties, which gave rise to an epic dragon adventure like none other. For ages, dragons have been magic’s greatest and most powerful foes, but what if a dragon falls under a magical spell? Andrea is now a young teenager whose happy life has revolved around the two most powerful dragons of the world, but her father, Mauricio, has always resented their presence in his daughter’s life. Borys and Gina’s passion for each other has grown and intensified, and so have their powers. They have been secretly plotting against their own masters but have never found the perfect opportunity to rebel; now, the Fury may give them just that. Alanna is still looking for her lost love, David, but in the meantime, she has kept herself busy hunting magical beings in the company of her essential partner, Lien, and a young teenage girl named Alondra. Heroes and villains alike will discover that wielding too much power can literally bring your deepest and strongest uncontrolled emotions to life, especially in a world of sorcerers, witches, wizards, and dragons.

Ricardo Chévere has trained in the Chinese martial arts for over thirty years, gaining a unique perspective in life based on the concepts of the universal or inner energy (chi). In Dragons, he shares with us his profound love for these mythical creatures and the wisdom and power they represent.