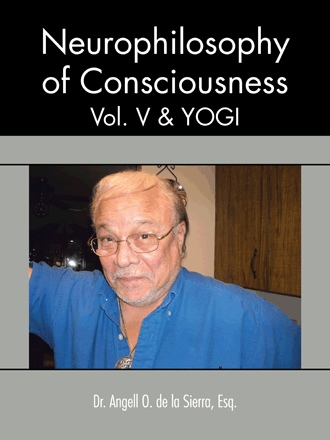 ARGUMENTATION. What level of cognitive awareness of reality is necessary and convenient to realize one’s role as a spouse, parent, neighbor, citizen, etc.? Charlie, my dog, does a wonderful job of our household security surveillance and has earned its living necessities of health, food, shelter, protection and conveniences of perks, toys, trips and love. How many of us would rather freely choose that seemingly ‘unchanging’ level of Sartrean existence because required adaptive changes are perceived as beyond our control? Nothing wrong if consciously and freely so willed. However, because of the self evident course of evolutionary changes, the Sartrean formula wouldn’t work beyond a few generations in obvious detriment to the species survival, unless we yield, like Charlie subconsciously did, and submit to the benevolent enslavement of your freedom. It became then the duty or choice for some historical few to prepare and plan for future changes sacrificing the ongoing ‘modern’ conveniences of having adopted a democratic, constitutional form of government with all the guarantees of freedom, healthy lives, psychic happiness and social cooperation (bps). This allows for the flourishing of all kinds of institutions and technologies whose aim is to maximize a bps equilibrium and keep all rules of law and analysis clearly spelled out inside a ‘safety box’ of standards that guide the ongoing generation. But generations evolve and the rules of law and the standards of social guidance need to keep pace with those changes. We need to, under the guidance of the immanent protocol inside the ‘safety box’, start thinking outside the box in the generation of transcendental rules of species survival today and the day after tomorrow. The retired senior citizen may erroneously feel that, why change anything, ‘what has worked for my generation should be good enough for my grandchildren’. We have all witnessed the role information technology has played in fueling a psychosocial revolution in the non-western world. The new leaders have forged a new standard of biopsychosocial idealism based on metaphysical logic models a supercomputer can simulate. This conceptualization of the ideal leader of tomorrow is the brain child of the physical materialistic faith, mostly mathematicians and theoretical physicists. For them all of physical reality, the seen and the unseen, can be reduced to symbolic or sentential logic representations for computers to combine, permute, parse and bingo, there is the new probable survival map or kit for posterity to follow! Life under the new postmodern physical materialist cult will substitute the old dictatorial enslavement deeply rooted on inherited power and riches for the intellectual elites that fuels the monopolistic capitalism ambitions of exploitation of the underground few controlling all means of production. For the new intellectual underground combo -protected by the elected ‘politicians for sale’- adopting new and convoluted symbolic abstractions just adds new computer tools of analysis. Unfortunately, the premise of a robotic ‘living computer’ controlling the human decision making process is delusional if we bother to pay more attention to the real nature of the human species at random and not at the mostly self indulging prophets in the intelligentsia of think tanks of the few ‘Mega/Giga societies’. Actually, as it turns out, thinking outside the established physico-mathematical box standards and incorporating the real space time emotional human being existing in quotidian, ongoing reality as part of the standard model equation -as some try in developing and constructing an intuitionistivistic mathematical logic- requires abandoning the comfort of reviewing the familiar and adding another dimension of intellectual activity because it requires getting rid of the crutches supporting our standard views. The ‘bps’ approach demands practically modifying just about every aspect of our theoretical foundations, from methodology, theorems to technical vocabulary. Are the scholarly professional scientists, academicians and philosophers ready for the constructivism difficulties anticipated with its stricter notion of proof? One needs not deny the value 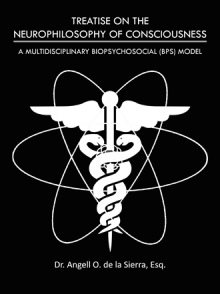 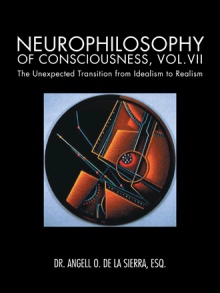 In this continuation of our speculations and conjectures about brain dynamics as it pertains the attainment of the introspective self conscious state and the concomitant brain proto language faculty activation -both ‘sine qua non’ antecedents to the decision making process- we are now trying to get a clearer picture about what seems to our species confusion of consciously experiencing two simultaneous but opposing perspectives of the same existential 4-d reality and how it may impact the conscious free judgment on the priority to be assigned to any important and relevant issue to the human species. Which one should we adopt to guide our lives today and the ‘day after tomorrow’? Of course we are more concerned with the above average responsible citizen looking beyond the conveniences of a quotidian hedonistic Sartrean existentialism where pleasurable enjoyment is routinely satisfied ahead of known but ignored necessities for the lasting survival of the human species generations ahead. How can we reconcile these seemingly opposing views we need to take into account? This realistic approach is called compromise, hybridization or complementarity and the assumption that hidden variables -if any- beyond human brain phenomenological or combinatorial threshold would always bring Heisenberg-type uncertainties to reckon with. These can be either the choice of exclusive biopsychosocial (BPS) imperatives for any living species survival as opposed to the altruistic, spiritual life against self interests of the historical prophets or the more familiar Einstein, Podolsky, Rosen (EPR) complementarities between the position of a particulate object of mass (m) and its momentum when we try to measure them. Likewise for energy and time. Underlying these seemingly opposite/contrasting appearances are subthreshold physical interactions. These considerations force you to adopt a quantum statistical probabilistic view of reality relying on falsifiability, predictability and mathematical logic manipulations of symbolic representations of measurable/observed facts. But when it comes to human judgments these coexisting complementarities, i.e., the subconscious species survival BPS imperative drives we share with other evolved species to stay alive ‘now and then’ and the conscious species survival across generations sacrifices a few were willing to endure against self interest, resist being framed into coherent rules of metaphysical logic for analysis..

After so many years of laboring within the confined university walls of academe, retirement becomes both a threat and a challenge. Never before did you have the time to follow up on the few occasions serendipitous enlightenments flashed across your path. Tenure and cost-efficient, pragmatic considerations always kept you away. But there is no excuse now. Is it worth it? I would like to invite all those studious of the mind/brain interface puzzle to share our insights. What follows represents an ongoing series of reflections on the ontology of consciousness based on some intuitions on life, language acquisition, and survival strategies to accommodate the biological, psychic, and social imperatives of human life in its ecological niche, thus the BPS model. For the latest publication, click on BPS Model. http://www.delaSierra-Sheffer.net/ID-Neurophilo-net/index.htm