An Enquiry into the Origin, Survival and Demise of States 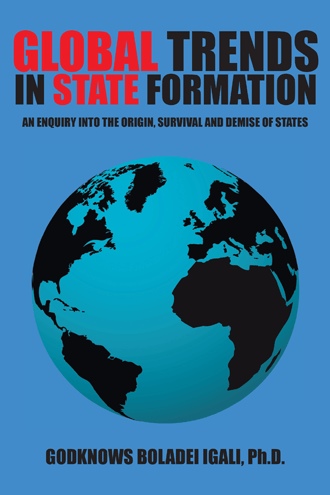 The work is primarily a philosophical enquiry and partially a historical survey into the origins various political formations such as nations, nation states, states, societies and so on from the perspective of Western political and religious thought. It was partly inspired by the state of the world in the late 20th century and as the world moved toward the 21st century. On the one hand by the end of the 20th century, it would seem that Western societies had attained such enviable political and social stability, technological advancement and material affluence, that their scholars and intelligentsia spoke of their world as being “post-modern”. At the same time much of this world was experiencing serious ethno-national claims of cultural autonomy, self-government, the upsurge of a variety of social, gender and identity political groups. These range of serious social and political disruptions raised questions about the assumed stability of these societies. In other parts of the world which did not claim to be post-modern, political, economic and social challenges including incomplete political integration, inter-ethnic conflicts, climate change, environmental degradation, human trafficking, economic decline, austerity, rising poverty, persistence underdevelopment, religious extremism and terrorism were also on the upsurge and threatening the stability of various nations, especially the new nation-states. In short, it seemed as the last century was drawing to an end as much of the world was thrown into a situation in which all established assumptions about the societal political and social stability could not be taken for granted in both old and new nations and nation-states. It was the complex and challenging context that partly stimulated the interest of the author to undertake a philosophical-historical enquiry into the various perspectives of Western political philosophy on the emergence, types and growth and consolidation of state systems in Western thought. The historical survey outlined aspects of the processes of the emergence and formation of nation-states including the processes of political integration and state consolidation especially in the Western experience with primary focus on the examples Switzerland, Canada and Israel. A discussion of nation-state formation in India examines how these processes have been undertaken in other societies outside the Western world. But as was noted this era has seen the emergence of two powerful contradictory trends in the global order. The first is the thrust toward external integration which is better known as globalization. It is a product of the combination of the emergence of a powerful and truly global communications system that has bound all parts of the world socially, economically, commercially and practically into an integrated social circuit. Its other side is the ascent of global financial and economic transactions that seems to be creating a new world order that appears to diminish the place of nation-states. On the other hand, there is the trend toward the weakening and in some case the disintegration of nation-states that previously seemed so stable and solid. The most dramatic expression of state integration in the 20th century was the collapse of the Soviet Union and its reconstitution into 15 new nation states. For a state that seemed so powerful and cohesive, its collapse was a shocking development that seemed to forebode a new era of the disintegration of nation states. But these thrusts toward globalization and state disintegration and the movement toward new forms of state and societal organization underscores the significance of this work as an enquiry into the processes of the birth, growth and demise of state systems. Such knowledge should help prepare people and societies to address the challenges that threaten societal stability. 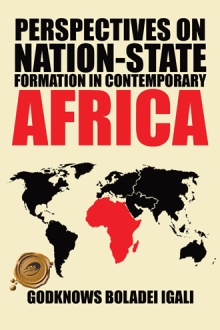 Political communities across the world are facing tremendous challenges in terms of trying to create An appropriate and cooperative environment for civic existence. Despite the current trend in international relations toward regional integration and globalisation, the idea of properly understanding how states come together, how they build themselves up, and what makes them disintegrate is relevant. In Global Trends in State Formation, author Godknows Boladei Igali offers broad insight into the emergence of the modern state system, the disintegration of states, and suggestions that will bring stability and peaceful coexistence within nations. Igali, with more than thirty years of experience in public service in Nigeria, presents a philosophical inquiry and a historical survey into the origins of the various political formations such as nations, nation-states, states, societies, from the perspective of Western political and religious thought as inspired by the state of the world in the late twentieth century as it moved toward the twenty-first century.

Godknows Boladei Igali, earned his doctorate degree in Politics and International Studies from the University of Venezuela, Caracas. A career diplomat and seasoned technocrat, he had previously served as Nigeria’s Ambassador to several countries around the world including, Cameroon, and the Nordic countries of Denmark, Finland, Norway and Sweden. He has also held a number of top public appointments in Nigeria. He is an avid environmentalist and climate change advocate. He also sits on the board of several national and international charity and academic institutions and has received many global recognition and decorations.