Blood Moon on the Rise 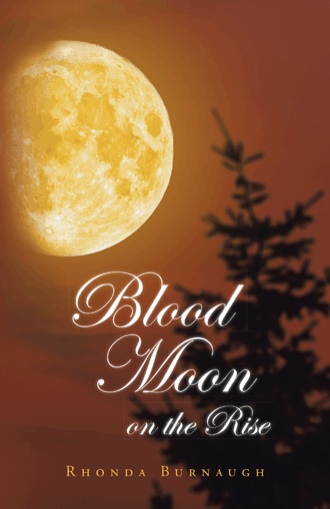 “Can you tell me how you’re feeling today?” Sera closed her eyes, picturing Michael’s broad smile and dark mesmerizing eyes. She didn’t want to remember the way he looked on Christmas Eve when cradled in her arms, cancer had finally claimed his life. He had slipped away from her just as he had vanished in high school, never to return. “Michael was the love of my life. You want to know how I’m feeling? I feel that everything I ever believed in has been lost. I feel like I lied to him. My faith and beliefs meant nothing. I didn’t help him at all. Without meaning to, I hurt him.” That thought would haunt her to her grave. Guilt and remorse was eating at her in the same way Michael’s cancer had consumed him. This was her karma. She sat before the psychologist as she had so many times before. Over the past year, she had often felt as helpless as the logs that were softly crackling in the fireplace, disintegrating in the fire. While she knew that she needed to move on, she wasn’t sure where to begin. Closing her eyes, Sera could envision Michael, lying across the bed; candlelight bathed the contours of his face in pale light. Why wasn’t he breathing? Shaking him gently, she had called his name. Vaguely she recalled someone pulling her away. She jumped at Dr. Lavender’s hand on her shoulder. “Michael’s been dead for almost a year now. While no one would expect you to forget someone so special, I believe Michael would want to see you moving on.” Dr. Lavender took note that, once again, Sera had brought in pictures. One time she came to a therapy session carrying a suitcase of his clothes. To be honest, it made the doctor feel strange viewing them. It was as if Sera were trying to piece him together again, like the story about Humpty Dumpty. “You know, I have to ask if you. . .” “Last week I thought I saw Michael. This was the third time in two weeks.” “I worry about you, alone in that cabin.” Dr. Lavender watched her closely. “Why don’t you go to California and spend some time with your friends, Joe and Anni?” “Maybe I will.” The fire was beginning to feel oppressively hot. She had to get air and couldn’t breathe. “I’ve got to get out of here . . . Now. . .I can’t breathe.” Bolting for the door, she dropped an envelope of pictures, scattering the leftovers of her life to the floor. Dr. Lavender started to go after her, then changed her mind. Picking up the photos, she mumbled to herself, “You took her with you, didn’t you, Michael?” Michael’s photograph smiled back at her. She tucked the pictures in her desk, sighing. “What am I going to do with you, Seraphine Dolanski?” 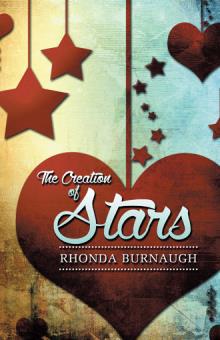 The Creation of Stars
Rhonda Burnaugh
$20.99 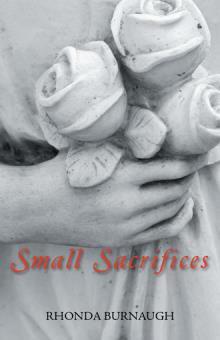 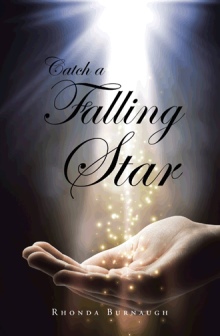 Blood Moon on the Rise begins a year after Michael’s death and finds the family scattered across the country. Joe and Anni have settled in San Francisco, where Joe is working as a counselor, while Anni opts to stay at home with their son. Living alone in Aspen, Seraphine continues to mourn the loss of her husband and is unable to get on with her life. Meanwhile, DJ’s life spirals out of control, finally landing him in the hospital. As DJ crashes, Seraphine decides she must leave Aspen and returns to California to be with her friends. As the family comes together to support each other, a mysterious stranger named Gabriel de Vilbiss magically appears, threatening to complicate their lives. Sera is both mesmerized and mystified by this man. Torn between the memory of her beloved Michael and finding she is drawn to Gabriel, Sera is catapulted into emotional turmoil. DJ, Joe, and Anni are skeptical of this handsome new arrival and vow to uncover the truth about his identity and intentions. Is this gorgeous Adonis the answer to Sera’s future happiness, or is he a charlatan? Can they unravel the facts before Sera falls in love, or is it already too late? Will their quest for information provide the answers they are seeking or only dredge up more questions? A psychological thriller that provides the reader with many surprising twists as the story unfolds. Blood Moon on the Rise casts a spell of mystery, intrigue, and romance, leading them to discover deeply buried secrets about the past that will alter the course of all their lives forever.

Rhonda Burnaugh is a behavioral health professional and utilizes her background in psychology to create stories and characters. Her first novel, Catch a Falling Star, was published in 2014, and Blood Moon on the Rise is a sequel to that novel.