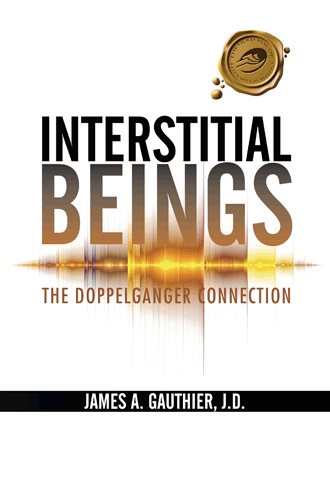 Have you seen someone that looks like someone you know, but it is not them.? How about things you believe you see and feel that lack an explanation. A new race of beings, called Tolasians, have been existing within the interstitial spaces of homes, and throughout our world for more than 500 years. They have existed in a gas stasis form until now. Meet Jari and Deri, the first Tolasian beings to make physical contact with humans. Life begins with Matt and Keri’s marriage to Jari and Deri. The excitement of hybrid children and the circumstances challenging a human-Tolasian pairing is exciting, especially when coupled with the fact that Jari is Tolasian royalty. The positive side of the pairing is that Matt and Keri will never grow old; nor will their hybrid children. The book is easy reading and would be enjoyed by all family members.

James A. Gauthier has published several books, including Emily, Emily 2, Inside Out (a trilogy that consists of Inside Out: New Beginnings, Inside Out: Rise of the Monarchy, and Inside Out: Final Conflict), Surrealeum Dreams, Ian & Eli, Near Identical Twins, and Unacceptable Expectations. His books leave the reader asking questions when the book is finished. His books are informative and generally teach a moral or look at alternatives to the road taken by most travelers. The books are easy reading and enjoyable for most ages.