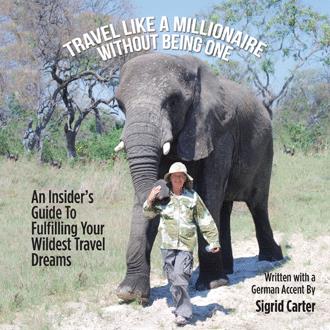 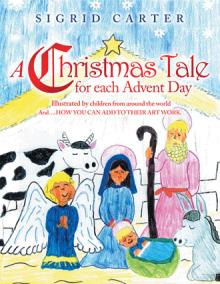 A Christmas Tale for Each Advent Day
Sigrid Carter
$33.99 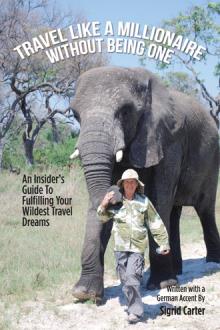 Travel Like a Millionaire Without Being One
Sigrid Carter
$13.99 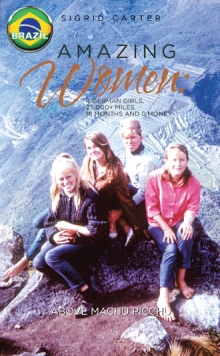 Sigrid Carter’s life story is worthy of becoming a movie. This was true before she even turned thirty. As an adventurous girl in her twenties, she and three girlfriends from Germany trekked from Colorado to the Pacific coast of Panama, where the group of friends took a canoe into the ocean, got lost, and found themselves surrounded by sharks, just as bad weather set in. Somehow, they survived. The tide carried them to the shores of Columbia, where they spent time living with Indians. Further into their exciting adventure, they assisted biologists researching the Amazon rain forests. The chief of that US expedition later became Sigrid’s husband. A Peruvian filmmaker did, in fact, turn the ordeal into a television movie, but before the girls had the chance to see the movie, they were already in Chile, busy continuing the lives most of us can only imagine.

Sigrid was only nine years old when she wrote, produced, and marketed her first play in her native Germany. Since then, Sigrid has explored additional dreams and made them reality for herself. In her quest she has not only visited but also actually lived among many inspiring cultures around the world. With her open vision and female practicality she has combined two of her foremost desires: to see the world, while at the same time, learning foreign languages, her most important tool of communication with different cultures. Today she is fluent in German, English, French, and Spanish, languages she studied while playing such interesting and easy-to-come-by roles as chambermaid, salesgirl, waitress, tour guide, interpreter, and travel agent. In the United States she has worked from sea to shining sea—from Tiffany’s in New York City to Gumps in San Francisco. The avid skier supported her passion for the sport by waiting tables at the Red Onion in Aspen, Colorado, and through her work at Trapp Family Lodge in Vermont. For the past twenty years she has revisited the world as President Carter, of Envoye Travel, based in Lubbock, Texas. Just as unique as her life is the place where she met her Texan husband. The two crossed paths in the Amazon Basin, and it was love at first site for both of them: he, a young, movie-handsome biologist, conducting bat research in the rainforest, and she, an uninhibited enthusiast, swimming among piranhas on her 18 month hike from Colorado to the southern tip of South America, Tierra del Fuego. Sigrid’s unique adventures have made headlines in major newspapers and magazines around the world. In Peru her trek inspired the filming of a television movie. She, her husband, stray dog Lovy, and 2 subsequent pups (as well as numerous orphaned cats, raccoons, opossums, and waterfowl that can no longer fly) share what Sigrid refers to as “Kiwi Hospital.” The infirmary spreads up a short hillside that is topped by a simple adobe home, on the quiet shores of Lake Ransom Canyon, in the western United States.